Sometime in the past decade, the word “bro” began to land as a one-word joke. It had arisen as a term of endearment shared between college fraternity members, but the young cisgender straight white male, long the apple of the culture’s eye, had drifted far enough away from the center to become visible, and the somewhat fond and somewhat insolent way the word pointed at him seemed to amount to a comeuppance. 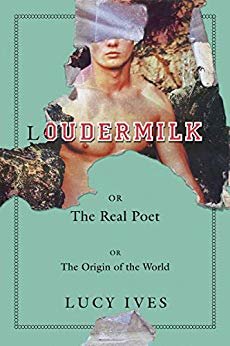 “Loudermilk,” a clever new satire of writing programs by Lucy Ives, retells the joke at novel length. Troy Augustus Loudermilk, “6 foot 3 and built like a water polo champion,” with a face “hard to look away from,” has figured out that he can obtain recreational sex and defer having to work for a living if he goes into the field of creative writing, where his breed of looks, charisma and confidence seems relatively scarce. “Somebody could totally run this scene,” is how Loudermilk puts it to his roommate Harry Rego, an avid reader prone to dissociative moods who looks like a “hobbit” and is as socially awkward as Loudermilk is ostentatious. The plan: Harry will write the poems, Loudermilk will front and glad-hand, and together they will live on the stipend. “You and I, we’re gonna take over poetry!” Loudermilk crows. “My face, your brains.”

Maybe because this is the plot of an old Pet Shop Boys song, “Opportunities” — “I’ve got the brains you’ve got the looks / Let’s make lots of money” — I assumed at first that Harry was gay. No positive evidence of this ever turns up, however. On the contrary, late in the book, Harry takes offense at a boast that Loudermilk makes about the size of his sexual equipment, at which point I gave up on waiting for the character to come out. It seems implausible to me that a shy literary boy would put himself so abjectly at the service of a hot jock out of no more than a confused gratitude for being implicated vicariously in the scrum of human society, but Ives’s novel is full of signs that she doesn’t think much of traditional literary shibboleths like three-dimensionality of character. Harry’s more or less deconstructive technique of writing, for example, is to deploy words in such a way that they can’t mean what they usually do, a practice he likens to “switching price tags in the grocery store.” With what seems to be a straight face, Ives prints half a dozen of the resulting poems, and their intelligibility is a little south of John Ashbery and a little north of the collages of internet-search-term lint known as flarf. “There came a giant sucking sound. It just sat / there, oh ye fatty cold cuts!” runs a sample line. Moreover, a writer of fiction in Loudermilk’s writing program named Clare Elwil, who seems to be a secret soul mate of Harry’s and may also be an alter ego of Ives’s, looks askance at “well-crafted works” that have “an overweening dedication to both psychological and empirical detail.” In her opinion, such works make “too much sense.”

Ives scores some fine touches in her satire. One writing student vehemently objects whenever she finds a pigeon mentioned in a workshopped poem; another tracks his submissions to literary journals on a wall chart. I never laughed out loud, though, and in the end I found myself more interested in the novel’s half-hidden earnest side: its exhibition, with persuasive bitterness, of the damage that can be wreaked by the idea that literature is competition, especially when the idea is institutionalized in a classroom. “Oh, I already stopped writing!” a character in one of Clare’s stories says to her writing teacher. “Isn’t that what you wanted?”

The novel doesn’t quite break free of the idea, however. Harry recognizes the success of his poems, for example, when they induce in Loudermilk’s classmates not only pleasure but also an effect “kind of like some form of fear,” and Ives stages her climactic scene as a “poetry contest,” which she then one-ups by following it with a short story of Clare’s that is presented within the novel as a triumph. Ives may relish breaking the rules of realism, but she breaks the rules of comic novels, too, when she insists that her losers win.

Caleb Crain is the author of the novel “Overthrow,” forthcoming in August.