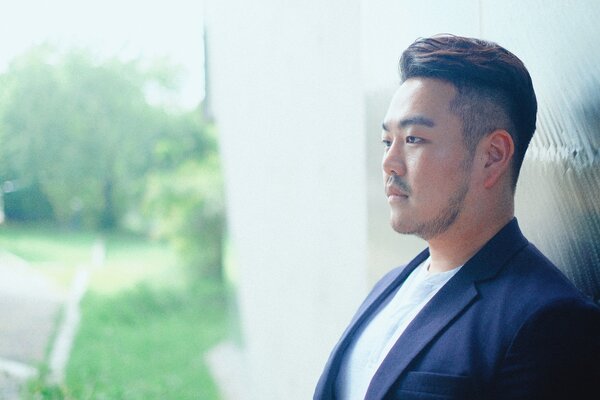 Here is my favorite moment from this novel about love: While lying in bed beside Gyu-ho, the great love of his life, the narrator, Young — a cynical writer who would never use the phrase “great love of his life” — asks his partner why he continued their sexual relationship after he found out about Young’s H.I.V. infection (which he playfully nicknames Kylie, as in Minogue).

“Because, whatever it was or wasn’t, you were you,” Gyu-ho responds.

Young is touched: “I liked what he said so much I kept savoring it under my breath,” he thinks.

I too kept savoring the author Sang Young Park’s words under my breath. Whatever it was or wasn’t: one of those crucial moments in a novel that give the reader the chance to exhale. “Love in the Big City,” already a best seller in Korea and Park’s first novel to be translated into English, is intoxicating. Across four parts that follow Young from college to postgraduate life in Seoul to burgeoning literary success, the narrator — hard-drinking, hard-feeling and hard-falling — recounts the loves that have defined his life thus far. Among them: an enchanting, chain-smoking roommate, Jaehee, who eventually moves out to get married; Young’s stubborn though increasingly wistful, cancer-stricken mother; a self-loathing activist ex he calls Hyung (Korean for “older brother”); and Gyu-ho, whose presence in Young’s arms and his memory buoys the novel’s wrenching and rewarding second half, which follows the protagonist into his 30s.

Throughout Young is mired in a pained self-analysis that is exacerbated by his gay identity. “An excess of self-awareness was a disease in itself,” he says. One symptom? His perception of his own mediocrity, describing himself as “neither particularly attractive nor a complete lost cause, just enough not to embarrass any partner.” But to the reader, Young is tremendous fun, an international pop music connoisseur who spends his evenings in Seoul making out with strangers and drinking to excess wherever he can find free tequila. He’s also as temperamental as they come. On one page he calls love “a brief moment you can escape from only after it turns into the most hideous thing imaginable,” but later waxes poetic when caught up in its thrall: “Sometimes his very existence to me is the existence of love itself.” Watching Young drift in and out of such love, always finding something valuable, even life-altering, to hold onto, is one of the book’s most notable pleasures.

In Park’s 2019 novella, “The Tears of an Unknown Artist, or Zaytun Pasta,” his narrator reveals, “I watched every queer flick that opened in Korea out of my natural-born duty as a queer.” The genre’s scarcity can be both grievance and gift. While straight stories still dominate shelf space and most spaces beyond, queer readers are conditioned to the hunt. How grateful we should be to find ourselves in a perpetual state of exploration, to be hungry for any and all stories about people who remind us of us. In Park’s hands, Young is loud and obnoxious, insufferable and magnetic, messy and wise. The prose, translated by Anton Hur, reads like an iPhone screen, vibrant and addictive. What a joy it is to see such a profound exploration of contemporary queer life — its traumas and its ecstasies throbbing in harmony. It’s a shimmering addition to the recent genre of novels chronicling queer millennial malaise.

Park once said in an interview that “love to me was always the most important problem.” In exploring that problem through a young man’s earnest, evolving relationships with family, friends and partners, Park has proved there is no solution. Whatever it was or wasn’t, “Love in the Big City” is dazzling.