TRAVELS OF A PAINTER

James Reeve belongs to that rare breed of artists who can write. Not that you will learn anything about his painting methods in this book, but it is a delightfully entertaining, if often shocking, memoir, an escapist antidote to our lockdown times.

The cover features his dazzling painting of Marrakesh: in the background are the snow-capped Atlas mountains, in the middle distance a palm oasis with grazing camels, snake charmers and carrion-eating vultures and, in the foreground, two English spinsters taking an evening walk in the desert bedecked with fur stoles and wide-brimmed straw hats. 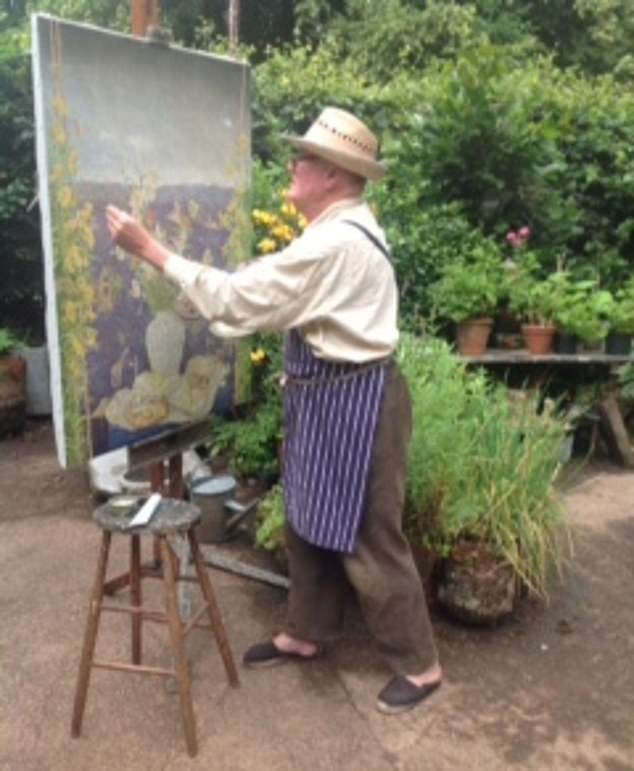 Oxford-educated Englishman James Reeve, 81, chronicles his adventures around the world in a delightfully entertaining memoir. Pictured: Reeve at work

The incongruous imagery is an apt metaphor for Reeve’s own book. On the surface he is a conventional middle-class, Oxford-educated Englishman, but his life is far from typical and unfolds against an exotic backdrop as he chronicles his adventures in Haiti, Madagascar, India, Australia, Jordan, Yemen and Mexico.

Reeve, now 81, spent much of his career working abroad and the discovery of a trunkful of letters sent home to his mother in the Seventies prompted him to write this part autobiography, part travelogue.

After prep school and Rugby (‘repulsive’, ‘vile’), he won a scholarship to Oxford but left after three months to paint. He enrolled at art schools in Florence and Madrid, where the dwarves from the local circus troupe provided inspiration for his first sketches.

Enlisted by the ringmaster to recruit more dwarves from the countryside, he toured remote hilltop villages in his battered van to be greeted with the cry, ‘Here comes the dwarf man!’ After a divine revelation on the Madrid Metro, Reeve was inducted into a silent order of the Jeronimites whose followers kissed each other’s feet under the refectory table as sign of penitence. Reeve taught his fellow novitiates how to play croquet, until the competitive element of it caused such rage that the offending mallets had to be seized and burned.

Setting off for the Congo, he was captured by locals who imprisoned him in a bamboo cage and poked him through the bars with sticks. Luckily, he had his painting equipment with him and he began to sketch the chieftain. It had a magical effect and he was let out.

In Uganda, Reeve met King George of Toro and, stuck for small talk, complimented him on his bees. What he thought were giant hives turned out to harbour not bees but royal concubines. At meal times a gong would sound and a servant would feed the women through a trap window. 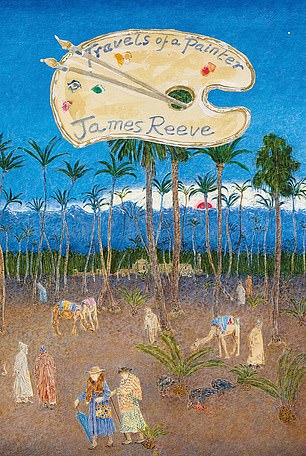 Reeve has an eye for vivid detail and captures the absurdity of life with aplomb. In one of many famous encounters, he is mesmerised by poet Dame Edith Sitwell (‘sitting as frozen as a Plantagenet effigy, gazing at a wasp drowning in her cup of chocolate, it took two waiters to extricate it’). He witnesses Roald Dahl in the Curzon Club accosting Peter Sellers for seducing his daughter Tessa (she was 18 at the time, Sellers was 50).

But it is the not-so-famous who steal the show in this book, be they nuns, clowns or the woman he meets in Florence who spent her life wishing to be a tree: once a month her gardeners dug a hole in which they ‘planted’ and ‘watered’ her.

None is more captivating than his glamorous, oversexed, gin-soaked Aunt Ruth who, at 17, wed a Kenyan coffee farmer and joined the Happy Valley set. On retiring to a Devon farm, she drove the thresher bare-chested through the corn.

Reeve finally laid down roots in Mexico where he built a house in a cloud forest. Among his friends were Dona Olive, a retired prostitute, and the Dominican nuns of an enclosed order who let him in to teach them how to make marmalade.

While his mother was the recipient of his letters home, his father remains an enigmatic figure. The few cursory references to him hint at a darker untold story (‘I only shook hands with my father’; ‘my mother, recently widowed, upon my father’s blowing out his brains…’).

Luckily for us, the author has a sunnier temperament and the pictures which accompany his text are suffused with zest, wit and wonderfully vibrant colours.

If the narrative is a bit disjointed, rambling and repetitive (at one stage in Mexico we are yanked back to Yemen and told an already familiar anecdote), that is part of its charm.

The book is as quirky as it is quixotic, and all human life is here.