Podgy, vain, needy… but a genius in bed! Author gives a glimpse into the life of Sir Arthur Bryant using newly discovered letters

If your love of British history was kindled by devouring the books of Sir Arthur Bryant as a child, you may well treasure him as the pre-eminent historian of these islands.

If you’ve looked more closely at his political views in the 1930s, you might see him as ‘a Nazi sympathiser and fascist fellow-traveller … a supreme toady, fraudulent scholar and humbug’. (That’s how Andrew Roberts sums him up in Eminent Churchillians.)

To the four women, known as his ‘floating doters’, who took it in turns to pander to his every whim during his adult life, he was simply Arthur: a podgy, needy, vain, soppy, chaotic, self-pitying mixture of teddy bear and dictator. 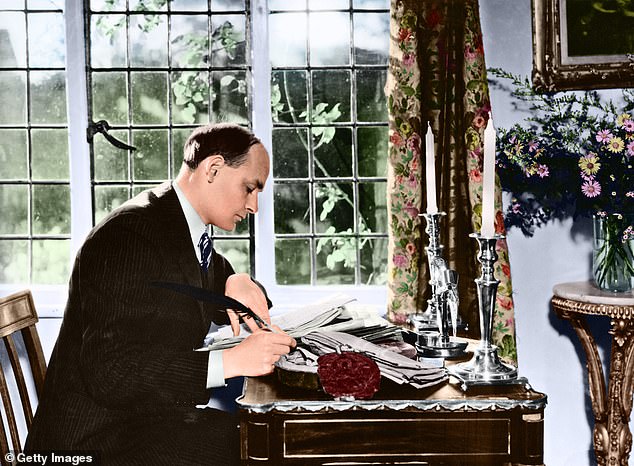 I pity any woman who got caught in his web, but particularly Pamela Street, on whose newly discovered papers, diaries and letters this fascinating new book by W. Sydney Robinson is based.

Pamela, 48, tall, slender, naïve, lonely in her Mayfair flat, just about to divorce her first husband, was dazzled to be courted by her literary hero, the married 67-year-old Bryant. They met in the mid-1960s when she’d asked him to write a foreword to her short biography of her late father.

He invited her to Christmas lunch in his house in Knightsbridge, and to supper at his club, and the next thing she knew they were on a sofa in her flat, kissing passionately, and she found herself hooked and deeply in love.

Much later, when she knew more about Bryant’s duplicitous, whingeing, wangling ways, she wrote to him, ‘You have dreadful qualities, but you are absolutely wonderful when it comes to two things: writing books and going to bed.’

He asked her to come and work for him ‘just for an hour or so’, to ‘take down some letters’. In the evenings, he liked to come back to her flat for dinner that she had prepared, and thus she found herself in the role of secretary/cook/lover/nanny, cutting his fingernails, tidying his mess and mending his clothes.

Only gradually did she start to have suspicions that when he went to his second home in Buckinghamshire for 24 hours each week, it was not just to tend to his garden. A page of scribbled cooking instructions inside a bag of home-grown runner beans gave her a clue. There was another woman living in the house in Bucks. This was Alwynne Bardsley, an ex-student of Sir Arthur’s who, he explained, ‘house-sat’ for him in Buckinghamshire, but Alwynne sobbed with jealousy when he introduced her to Pamela.

Sifting through his papers and letters, Robinson discovers that Bryant was simultaneously exchanging love-letters with his wife Anne, from whom he was ostensibly separated, as well as falling head-over-heels in love with a flirtatious thrice-divorced woman called Lorelei Robinson to whom he also poured out passionate letters. 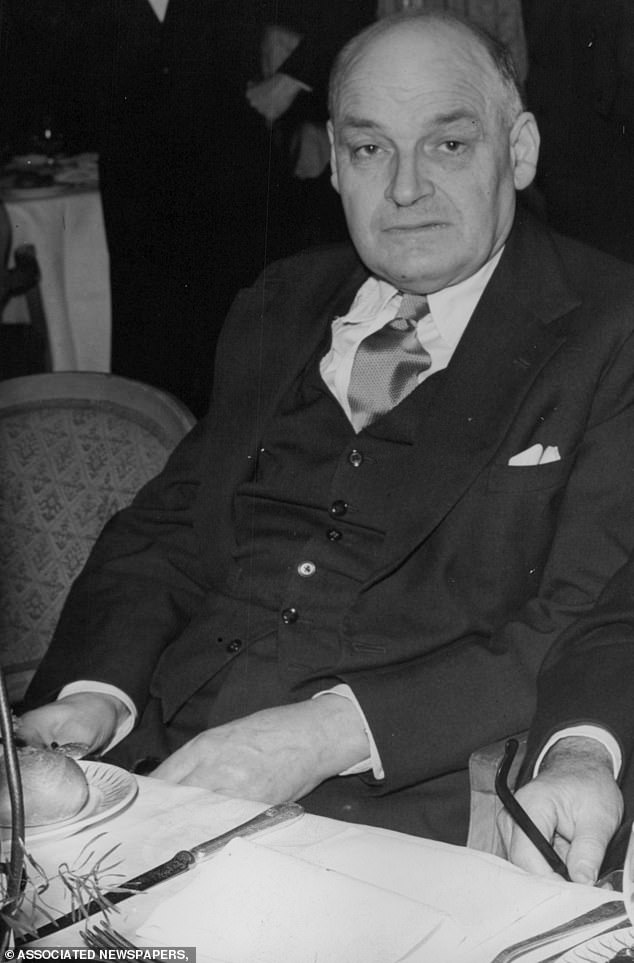 Married 67-year-old Bryant (pictured), began courting Pamela, 48, who was lonely in her Mayfair flat, when she was just about to divorce her first husband

More sinister was Bryant’s emotional and financial bullying of Pamela. He exploded with rage when she wanted to have her own adult daughter to stay in her Mayfair flat, and he dictated a letter ostensibly from her, forbidding this.

When he bought a house in Salisbury Cathedral Close (the imposing but mouse-infested Myles Place), he asked Pamela to invest all her money into it, as well as insisting that Alwynne be installed in a flat upstairs.

‘Just walk away,’ I willed Pamela, when Sir Arthur burst a blood vessel after yet another of his apoplectic rages.

But such was her lack of confidence and her fear of loneliness that she went on, slaving and fussing round Sir Arthur, literally peeling his grapes (as the skins ‘reacted badly with his digestion’), sometimes trying to leave him, but always succumbing to his persuasive, sentimental letters of dependency, begging her to come back. 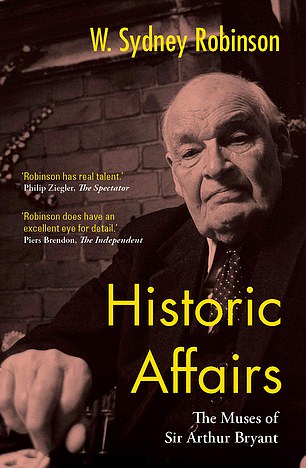 Life, though pretty unbearable with him, was too dull without him. What’s more, she was writing a book about him, Portrait Of A Historian — which needless to say he wanted to control, worried that she would dig too deeply into his dodgy pro-appeasement past.

Then, in 1980, into the mix of floating doters came another rival, this time the four-times-married widowed Laura, Duchess of Marlborough, whom Bryant was enraptured by, partly for herself and partly because she gave him his longed-for entrée into aristocratic society.

‘Dearest Pam,’ Bryant wrote to her, ‘I am writing to tell you … that Laura Marlborough and I have grown so fond of each other that we want to spend what remains of our life together…’ Their engagement was announced.

In this book’s photograph section, there’s an unforgettable photo of an exhausted-looking Pamela absorbing this news and looking as if she’s ‘in the throes of nausea’, as Robinson puts it — he’s a witty, wry writer and this whole book is darkly hilarious.

Then Bryant started meddling in the Duchess’s financial affairs, racking up vast legal fees in her ongoing fight with Coutts bank, which made matters worse for her. Their sex life never took off.

Laura soon tired of him and the engagement fizzled out, but she carried on as a floating doter.

He persuaded Pamela back into his life and took her, rather than Laura, to the Eton v Harrow match, the highlight of his social calendar. He carried on being a self-preening control freak until the day he died in 1985, feted by the Great and the Good and buried in great pomp in Salisbury Cathedral.