Lots of people do it — search through their attics in hopes of finding something valuable. But Barbara Testa found more than she could have imagined.

In her grandfather’s old steamer trunk, she came across a manuscript. And not just any old manuscript. It turned out to be half of a draft of “Adventures of Huckleberry Finn,” one of the great American novels. Scholars had been trying to find it for decades.

Ms. Testa was an anonymous librarian in Hollywood. But her finding, in 1990, catapulted her into the history books as the linchpin in the reunification of the first and second halves of the draft of Mark Twain’s classic novel.

Her daughter Laura Testa-Reyes said the cause was congestive heart failure.

The story began in the 1880s with her grandfather, James Fraser Gluck, a lawyer who was also curator of the library in Buffalo, N.Y., now called the Buffalo and Erie County Public Library. He was a collector, and he aggressively solicited autographs and writings from contemporary authors, all of which he donated to the library.

Over the years, he had collected manuscripts from some of the biggest names in 19th-century letters, among them Walt Whitman, Henry James and Louisa May Alcott. He also had snippets from Hawthorne, Thoreau, Emerson, Poe, Keats, Shelley and Dickens.

Mr. Gluck established a pen-pal relationship with Samuel L. Clemens — better known as Mark Twain — and at one point asked him for the manuscript for “Adventures of Huckleberry Finn,” a novel that had shaken the rafters of the literary world when it was published in 1884. Some years later, H.L. Mencken would say that reading it was “the most stupendous event of my whole life.” Hemingway declared that “all modern American literature stems from this one book.”

Clemens was happy to send his original draft to Mr. Gluck, but he had misplaced the first half — all 665 handwritten pages of it. So he sent the second half in 1885. Two years later, he found the first half and sent it along.

By the time Mr. Gluck died in 1897, at age 45, he had donated almost 500 literary keepsakes to the library. But the first half of “Huckleberry Finn” was not among them.

Librarians in Buffalo speculated to The New York Times in 1991 that Mr. Gluck might have taken it home to read and forgotten he had it.

In any case, after Mr. Gluck died, that draft migrated into one of his steamer trunks, which ended up in Ms. Testa’s attic.

One day in 1990 she was going through the trunks to see if there was anything she might sell to bring in some money, Ms. Testa-Reyes said in an interview. When she came across the Twain manuscript, with his signature, she thought she had struck gold.

“The minute I found it in the trunk, I just had a feeling,” Ms. Testa told The Los Angeles Times at the time.

She had no idea that scholars had been searching for it for decades. Nor did she know that the second half was in the Buffalo library, waiting to be rejoined with its first half.

Ms. Testa took the manuscript to Sotheby’s to authenticate it and auction it off. News of her find caused a sensation. 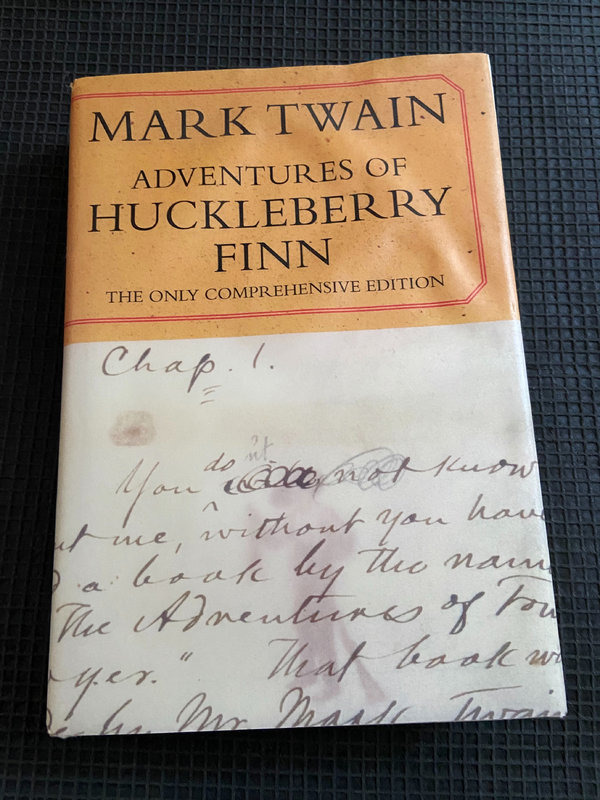 “It would certainly be the greatest literary discovery of the 20th century,” one expert told The Los Angeles Times. So revered was the novel that another expert likened its discovery to “the British finding a working manuscript of ‘King Lear’ or ‘Hamlet.’”

When it became clear that the manuscript was legitimate and could fetch perhaps as much as $1.5 million, the Buffalo library filed suit to prevent Ms. Testa from selling it, arguing that Twain had given it to the library.

“Rather than have a court fight, which would have given money to the lawyers, they settled,” Ms. Testa-Reyes said. She said the settlement was about $1 million and was split between her mother and her mother’s sister, with the manuscript going to the Buffalo library.

The original first draft allowed scholars to see the extensive revisions that Twain made in his own hand before the book was published. Many of them showed Twain trying to de-emphasize literary aspects of the book, such as his use of alliteration, and make the words more true to Huck’s vernacular, Bob Hirst, general editor of the Mark Twain Project, which researches and publishes authoritative editions of Twain’s writings, said in an interview.

For example, Twain repeatedly replaced the word “forest” with “woods.”

“His ear is telling him that ‘forest’ is too fancy a word for Huck to use,” Mr. Hirst said.

“This was an extremely valuable find, and the Testas deserve credit for bringing it to the attention of people who did the right thing with it,” he added. “It could have been sold off page by page and disseminated to the winds.”

Barbara Ellen Gluck was born on Aug. 15, 1928, in Los Angeles. Her father, Sinclair Gluck, was a mystery writer who had moved to Hollywood from upstate New York to work in the film industry. Her mother, Nancy (Lee) Gluck, painted animation cels, first for Disney Studios then for Warner Bros.

She returned to California and married Frank Testa, a carpenter for Universal Studios, in 1954. In 1969 she earned her master of library science degree from Immaculate Heart College, which is now defunct. She then worked at libraries in Los Feliz and Hollywood.

In addition to her daughter Laura, she is survived by another daughter, Kitty Schaller; two sons, James and Louis; her sister, Pamela Lindholm; and six grandchildren. Her husband died in 2000.

After the court settlement, William H. Loos, curator of the Buffalo library’s rare-book room, reflected on the manuscript’s journey before it came home.

“Huck went to Hollywood,” he told The New York Times in 1992. “It’s bizarre, but Huck’s wish, expressed at the very end of the novel, to ‘light out for the Territory,’ to go west, came true.”