High life in the secret world over our heads! Biologist reveals the variety of creatures that live 100ft above us in a fascinating tome

When did you last get the urge to scramble up a tree? When we’re little, most of us are mad keen on climbing them, but as soon as we hit our teens, trees somehow lose their appeal.

Meg Lowman is an exception to this rule. A biologist nicknamed Canopy Meg, she is mesmerised by trees, especially their higher reaches. The tops of trees, she says, are mysterious and beguiling, an ‘eighth continent’ which teems with a riotous variety of life.

Brought up in a rural part of New York state, Lowman was immersed in nature from an early age — the space underneath her bed was stuffed with twigs, birds’ nests, pressed flowers and snake skins — and something of a loner. ‘Finding friends with nerdy interests like birdwatching was difficult,’ she comments wryly. 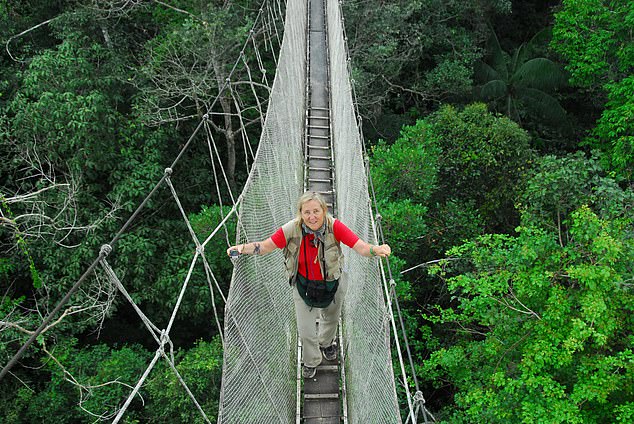 After getting a degree in biology she enrolled in an ecology programme at the University of Aberdeen, and it was in Scotland that she did her first exhilarating canopy exploration, scrambling 25 ft up a rickety scaffold to survey the tops of birch trees. Her career as an ‘arbornaut’, as she calls it, was launched.

In 1978 she moved to Australia to continue her research into tree canopies. The trees in Australia’s tropical jungle were 150 ft high and Lowman, determined to work out a way to climb them, designed a terrifying-sounding contraption: a harness secured to the tree using a rudimentary slingshot. What she saw at the top of these towering trees was a revelation: ‘Creatures munching, flying, crawling, pollinating, hatching, burrowing, sunning, digesting, singing, mating . . . nearly entirely invisible from the forest floor.’

Lowman was the first to attempt to study this fascinating hidden world. Her work, and that of the scientists who have followed her, has revealed that almost half of all our planet’s creatures live 100 ft or more above our heads.

But why is it so important to understand all we can about the higher reaches of trees? Their canopies produce oxygen, filter fresh water, convert sunlight into sugar and clean the air by absorbing carbon dioxide. Put simply, says Lowman, ‘without these green machines with their zillions of efficient energy factories (aka leaves), no life on Earth can exist’.

In the 1970s, Australia’s rainforest was rapidly disappearing due to logging, but Lowman’s ‘whole-tree exploration’ highlighted its importance and, partly thanks to her research, the remaining areas of rainforest are preserved. ‘I am proud my canopy discoveries helped generate this transformation,’ writes Lowman, dubbed ‘the Einstein of the treetops’ by the Wall Street Journal. 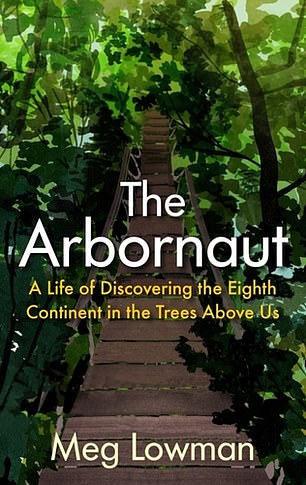 Not content with her harness and her slingshot, Lowman was also determined to find a simpler method of tree exploration. The answer was an ‘aerial path’, and in the 1980s the world’s first canopy walkway was built in Queensland.

Treetop walkways are now quite common — even Kew Gardens in London has one — and they have introduced many to the magic of tree canopies. Lowman’s favourite is in the Peruvian Amazon and spans almost a quarter of a mile.

She is stoical about the natural hazards she has encountered, like leeches and venomous snakes, but life at ground level also had its perils for this shy yet determined woman.

While researching why so many of Australia’s eucalyptus trees were dying off, she fell for a handsome young farmer and moved on to his family’s sheep and cattle station.

At first all was blissful, but the marriage was blighted by her overbearing mother-in-law, who thought Canopy Meg should stay on the farm, raise their two sons and forget about her treetop research. After a few years, Lowman returned to the States and her academic career.

Life as a globe-trotting single mother wasn’t easy but she took her children with her when she could, even to the Amazon. They were, she says proudly, particularly good at spotting tarantulas.