The travels chronicled here include a journey to track snow leopards in Tibet, a trip along Colombia’s Magdalena River and a retracing of Garibaldi’s famous 400-mile retreat through Italy in 1849. 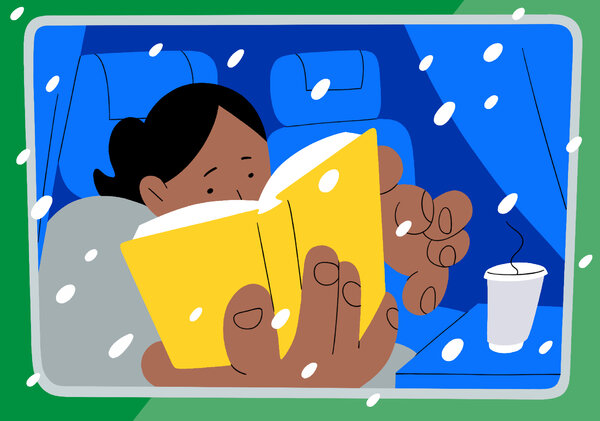 Last year, as the pandemic put passports in lockdown, the number of international tourist arrivals dropped by more than one billion. But lately Americans have been returning to flight hubs by the millions — packed, vaccinated and thirsting for a cure for what the Germans call Fernweh: the yearning for far-off places. Still, you don’t need a plane to reactivate your curiosity. Seven fascinating and purposeful new books revive the mystery, the history and the possibilities of the reawakened planet.

In THE ART OF PATIENCE: Seeking the Snow Leopard in Tibet (Penguin Press, 195 pp., $26), the French writer Sylvain Tesson chronicles his rapturous journey through Tibet’s Chantang plateau with the wildlife photographer Vincent Munier. Tesson’s words, in a ravishing translation by Frank Wynne, paint pictures as vivid as any photograph. Observing Lake Yaniugol, rising high in the steppe, he writes: “It settled like a sacred host of jade upon the sand. It appeared to us at twilight, in the hollow of a ledge, flanked to the north by the sharp incisors of the Kunlun peaks soaring to 6,000 meters, and to the south by the Changtang. Behind this shimmering disk, the secret plateau.”

When Munier invited Tesson to join his expedition to track the panther of the snows, he warned that they might come away “empty-handed.” Only about 5,000 snow leopards still exist, and sightings are rare. For several weeks in a frigid February, Tesson camped and climbed, lurking in rough hides on mountain ridges, breathing subzero air that “smelled of cold stone” under skies “steel blue as an anvil.”

From his perch amid the crags, Tesson imagined a Vernean social hierarchy among the animals below: The yaks were “burghers, warmly attired”; wolves were “knavish princes” poised for predation; and the herd animals — bharal sheep and black-striped kiangs (wild donkeys) — were the “general populace.” But where was the snow leopard, the elusive “regent”? When one finally appears in Tesson’s telescope, he can’t make it out. And then he does: “The snow leopard lifted its head, sniffed the air. It was garbed in the heraldry of the Tibetan landscape. Its coat, a mosaic of gold and bronze.” Gazing at the animal until his eye dries out from the biting cold, he startles when the leopard gazes back. “Its eyes bored into me. Two blazing glacial orbs of scorn.” Will it pounce? he anxiously wonders. “It yawned,” he writes. “This is the effect of man on the snow leopard of Tibet.”

One country to the west, the conservationist William deBuys paused while trekking Nepal’s Upper Dolpo to admire the blue waters of the Suli Gad, where “boulders froth the tumbling river into wet clouds,” and “scraps of rainbows wink from the haze.” Outside the village of Namgung, he listened, rapt, as hundreds of migrating demoiselle cranes passed, filling the sky with “creaking, croaking positional calls.”

But deBuys did not go to Nepal to sightsee. He went to help the sick and to ponder “the connection between human behavior and the condition of the planet.” In THE TRAIL TO KANJIROBA: Rediscovering Earth in an Age of Loss (Seven Stories, 237 pp., $25.95), deBuys chronicles missions he joined with the Nomads Clinic, an international group of doctors, nurses and healers, to deliver care to shepherds and farmers in the Himalayas. Traveling among villages with names that tinkle like wind chimes — Ringmo and Shimen — the Nomads set up tent clinics, dispensing amoxicillin and ibuprofen, and washing the feet of walk-ins before examining them for more serious maladies. As the Nomads knelt to soap, scrub and rinse neglected toenails with “blade-like edges and ice-pick points,” they knew their one-time ministrations could not cure the patients long-term.

Yet deBuys argues for the value of “care over cure,” not only for underserved communities but for the imperiled planet, an approach he calls “Earthcare.” Among his close-ups of Nomads and Tibetans, he interleaves portraits of scientists whose discoveries — natural selection, continental drift, plate tectonics — diagnosed the earth. “If we soar to an altitude of 30,000 feet, or higher still, and look at Earth from the emptiness of space, as Darwin implicitly taught us to do, the view changes,” he writes.