Small town girls with BIG ambitions . . . and plenty of pet hates, as revealed in these charmingly innocent school essays written in 1937

One day in May 1937, an idealistic young teacher called Miss Kemp asked a class of 12 to 13-year-old girls what they wanted to do when they grew up.

Like Miss Kemp’s own father, most of those girls were destined to end up working in one of Bolton’s lung-clogging cotton mills when they left school at 14. But, perhaps for the first time in generations, many dreamed of better things.

‘I should like to keep a shop,’ wrote one girl, in a neat, curling script, ‘as I like serving the little boys and girls with sweets. The women would buy loaves which I could tie up in a parcel.’ Others aspired to jobs as nurses or teachers, although some of their mothers complained about the homework which distracted the girls from their many household chores: mopping, sewing, cooking and running errands. 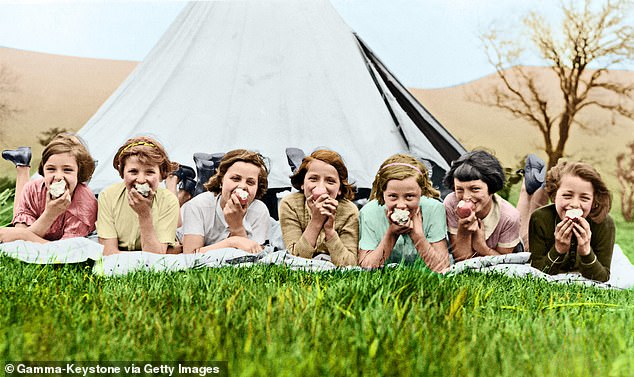 Hester Barron and Claire Langhamer have used essays written by teenage girls to write a fascinating book about life in a mill town. Pictured: Schoolgirls in 1937 dreamed of a better life

Miss Kemp had asked the girls of Pike Lane School to write their essays as a contribution to the Mass Observation project.

This had been set up by a group of Left-leaning intellectuals at the start of that year, aiming to create ‘an anthropology of ourselves’.

Historians Hester Barron and Claire Langhamer had spent years studying the MO archives when they came across the essays and found themselves enchanted by the intimate snapshot into the lives of these working- class children.

‘We knew immediately the preciousness of what we were looking at,’ they say. And they’ve used the vivid detail of those essays (on everything from ‘How I spent my holidays’ and ‘The Royal Family’ to ‘What I learn at home that I don’t learn at school’) to write a fascinating book about life in a mill town, two years before war would change everything for its inhabitants.

But from her essays we learn that Madge spent her spare time writing ‘good, sensible poems’ and dreamed of becoming an author when she grew up, although she also fancied a job on a farm. ‘Just think how nice the fresh cream would be!’ she wrote. ‘Anyone who reads this, I hope it does not make your mouth water as it has mine.’

We learn about the hard conditions at home, at a time when 19 per cent of working men were unemployed and children often went hungry. Little Ada wrote proudly about being let out of school early at lunchtime to ‘make a proper meal which costs only a few pence’ for her large family.

‘Sometimes people who have too much, like millionaires . . . go mad or get very miserly and will not give a copper to the poor,’ wrote Mavis. ‘The poor people who have no money are sometimes tempted to steal, then money is evil when that happens.’ 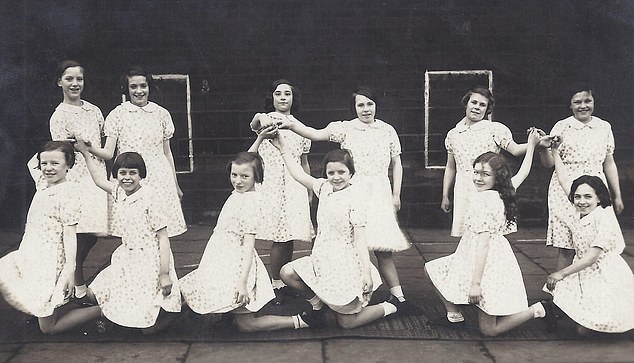 In the 1930s, the Bolton Housing Survey Committee had declared some parts of the town unsanitary.

Many houses suffered from a lack of light, ventilation and decent sanitation, and were crawling with bugs. Some had no hot water, bath or indoor WC, and many families still shared an outdoor toilet.

The poor housing, malnutrition and dangers of mill work meant that many of the girls had experience of the town’s run-down, understaffed infirmary, which one Mass Observer described frankly as ‘a hell hole’. Mavis’s elder sister, Florence, died there of tuberculosis aged just 19. Mavis wasn’t consoled by religion. In an essay on Heaven and Hell, she wrote that Jesus was ‘sometimes a little too religious’ and that Heaven was made up ‘so people can die happy’.

The grimness of life threw the treats into sharp relief. It’s delightful reading of the girls’ trips to the cinema. Some 946 million cinema tickets were sold in the UK in 1937 compared with 176 million in 2019, with sales peaking at 1.64 billion in 1946. 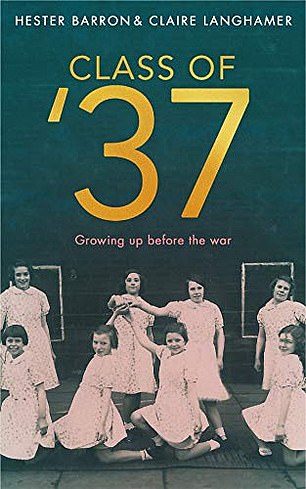 The girls write of ‘thrilling’ to the sound of the Odeon organ music and crunching Maltesers (first sold in 1937) as they lapped up adventures on the screen, from which they learned ‘how easy it is to open a safe’ and ‘what a very good time a girl can have’.

There is no premonition in the girls’ writing of the looming conflict, even as preparations were being made for the evacuation of children from cities in the event of aerial bombing.

But World War II would define their lives. Their first kisses would be snatched under cover of the blackout and all romance was heightened by the fear of loss.

Nellie goes on to marry a man who served in the RAF and, having witnessed so much death and destruction on the Normandy sands, will never be able to enjoy being on a beach.

Irene’s husband (a PoW in the Far East for 18 months) will battle nightmares for the rest of his life.

Mary will be pregnant with her third child when she hears that her husband has been killed.

Madge, the young poet, went on to work as a bookbinder and died of a heart attack in her 50s. But her daughter told Barron and Langhamer that she would have loved to know her words would one day be published in a book: ‘She would be so proud.’