THE SLAUGHTERMAN’S DAUGHTER
By Yaniv Iczkovits
Translated by Orr Scharf

Across the Pale of Settlement at the western edge of czarist Russia, Jewish men are abandoning their families. Some are seeking their fortune in America or Palestine, while others are absconding to Odessa or Kyiv. When Mende, mother of two, tosses herself into the Yaselda River after her husband runs off to Minsk, her sister, Fanny, decides that enough is enough: She will track down the good-for-nothing man herself.

So begins the Israeli writer Yaniv Iczkovits’s novel “The Slaughterman’s Daughter,” a sprawling 19th-century tale filled with violence, ancillary subplots and historical tidbits. As the child of a butcher, Fanny was mesmerized by her father’s craft and learned it at his side. She swore off killing animals herself after seeing her grandfather mauled by a mistreated dog — when her father argues for man’s pre-eminence over beast, she replies, “It depends which human and which beast” — but she still keeps a knife strapped to her leg. Chekhov’s rule applies here: The blade comes into play on the first night of Fanny’s journey, when she quickly dispatches a family of bandits who accost her. 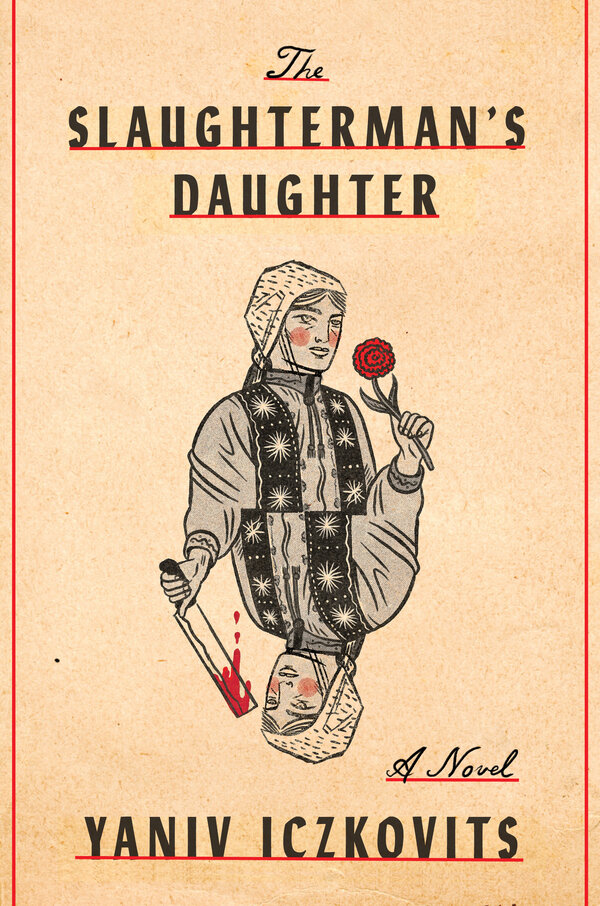 Fanny is accompanied by Zizek, a silent ex-soldier who was abducted as a child for the czar’s army, and returned to his village to find himself shunned by those who had failed to protect him. Through Fanny’s determined pursuit and Zizek’s military past, Iczkovits explores the richness, complexity and constant peril of Jewish life under the Russian Empire. Both characters are convincingly drawn, particularly in their occasional doubts and irrationality, and as their stories unfold we observe that although lives are often shaped by history and circumstance, character and resolve can resist and transcend the status quo.

“The Slaughterman’s Daughter” is Iczkovits’s third novel, the first to be translated into English. In Israel, Iczkovits, a former academic, is perhaps better known for his politics than his fiction: In 2002, when called up for reserve duty, he co-wrote a hotly debated open letter refusing to serve in the occupied territories. We can hear his moral voice when Fanny contemplates that “every affliction that occurs in one place is made possible by its silent acceptance elsewhere.” Iczkovits repeatedly implies that our relative comfort is founded on indifference and injustice. But if he also believes in our moral obligation to act, this message is severely undercut by the plot of his novel, in which Fanny’s attempts to set things right are accompanied by an inordinate degree of collateral damage. Then again, Fanny is not just seeking justice, she is also exercising her freedom. The cynical reader wonders: In a world where men have spent centuries killing, raping and plundering in the name of God, country or revolution, can’t a woman finally break a few eggs?

Fluently translated by Orr Scharf, “The Slaughterman’s Daughter” exhibits some trappings of the picaresque novel, including a broad cast of supporting characters whose misadventures steer us away from the main narrative for a bit too long. Likewise, the plot suffers from an overreliance on coincidence; there are too many chance encounters, flukes and a statistically improbable number of uneducated orphans who become influential officers.

Nevertheless, it’s a genuine pleasure to see all of the different strands of the story come together in the final act. If the Coen brothers ever ventured beyond the United States for their films, they would find ample material in this novel, which offers a familiar mix of dark humor and casual brutality — and an ultimately hopeful search for small comforts and a modicum of justice in an absurd and immoral world.