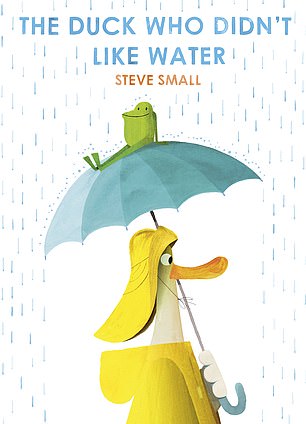 Imagine a duck who doesn’t like water. Not to swim in, to paddle in — and certainly not to get caught in when it rains. No, this duck likes to settle down alone in his warm house with a good book.

Then one night, as the roof leaks, he discovers a small, very lost frog who moves in with him (despite liking water very much) before returning to his own river. Missing his companion, Duck undergoes an arduous journey to find him. Steve Small, illustrator of the sublime I’m Sticking With You, has created a wonderful, tender evocation of friendship and how its power can help you overcome your worst fears. A pure splash of joy.

This is the ideal introduction to shapes, disguised as a touching story about belonging and cooperation.

Triangle lives happily among jolly, rolling circles, but senses that she doesn’t really belong so searches out a new home — first with squares, then hexagons and finally with stars — before finding her natural place with other triangles. But three-sided shapes can’t roll, or stack towers, so Triangle learns that life is much more fun when different shapes play together. A simple concept, but very nicely done. 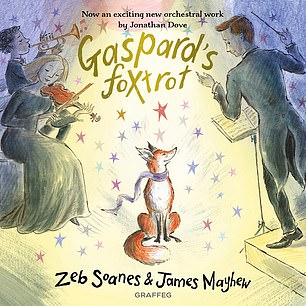 This third outing for Gaspard, London’s most handsome fox, sees him become a musical superstar.

When his dog friend Finty and her owner, Honey, set off for a concert in Hyde Park, Honey accidentally drops her scarf so Gaspard follows her on to the 38 bus to return it, where he enjoys a trip around the London sights, ending up at the concert venue.

There, he makes a surprise appearance and has a piece of music named after him.

This latest Gaspard adventure inspired composer Jonathan Dove to adapt it to music and, paws crossed, it will be premiered by the Royal Scottish National Orchestra in May, before touring.