Children whose only crime is to have been born! Care home consultant lays bare the pain society has inflicted on young people reliant on the State in a heart-wrenching new book

THE STATE OF IT

One of the saddest journalistic assignments I ever had was to report on a ‘home’ for ‘looked-after’ children, nearly two decades ago.

There was nothing ostensibly wrong with it or its staff, but when it was time for me to leave, a little girl aged about ten flung her arms around my waist and cried, clinging on to a stranger who had seemed kind.

Earlier I’d heard she had been sexually abused by her grandfather. Outside in the car this seasoned journalist wept.

Such a scenario will be familiar to Chris Wild, who was himself in care and has made it his life’s work to speak up for the children who fall through the net of the family and are cast adrift in the choppy seas of the State. 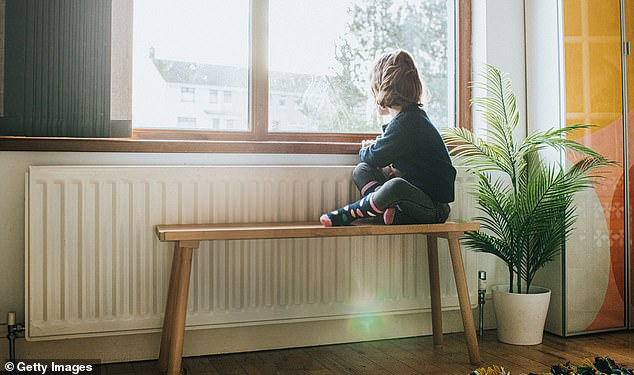 Care home consultant Chris Wild, speaks up for children reliant on the State in a thought-provoking new book (file image)

His memoir, Damaged, recounted his own experiences, aged 11, when his father died, after which he went into care and lived for a while on the streets.

This book, subtitled Stories From The Frontline Of A Broken Care System, continues Wild’s exposé of the pain society inflicted on children whose chief crime (it seems) was to be born.

It could not be more timely. A recent report has revealed shocking facts about the care system, an inefficient and often grossly negligent mash-up of public and private which allows firms to charge up to £10,000 per week to look after a single child in care.

Children’s homes hurriedly set up during the pandemic were paid millions of pounds of taxpayers’ money, despite many of those places being deemed ‘downright dangerous’ after inspections.

None of the findings will have shocked Chris Wild who has seen it all. His introduction reprises his own early experiences and explains that he could never shake off the memory of the other children he encountered in care: ‘Young girls and boys, some as young as six, being raped repeatedly by their key workers.

‘Teenage girls coerced into providing strangers with sexual favours in return for ‘privileges’ like sweets, TV time and a later curfew. Broken and vulnerable youngsters being shipped from home to home to be used and abused by this network of wolves.’

How shocking it is to read of the care workers who actively loathed the kids they were supposed to be looking after, or of the social workers who simply did not care enough to supervise the arrival of a vulnerable child to a care home.

On one occasion, Chris was asleep at the private care home where he was house manager when there was a banging on the door at midnight. Alone on the doorstep was a slight boy called Ifaz (about 16). 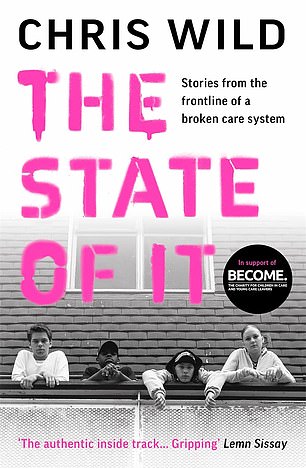 Wild was furious — it was becoming more and more common for social workers not to bother escorting teenagers to their new placements.

Would they, he wonders, like their own teens to be wandering the streets alone late at night?

But as this sad and angry-making book makes clear, there is one law for the children of ‘normal’ parents ‘fortunate enough to … attend good schools that enable them to flourish and succeed’ and quite another for the lost souls who wash up in the care system and ‘whose only aspiration can be survival’.

It is no surprise that so many of these end up recruited by gangs and drug dealers. In the end Ifaz was arrested for robbery and sent to jail.

Chris Wild’s case histories — of Dardan, Josh, Daniel, Yonah, Desire, Isabella and others — are profoundly disturbing, and yet ultimately this is not an entirely depressing book.

Now that he has turned himself into a care home consultant, writer and broadcaster, national youth adviser and passionate campaigner on behalf of care home children, Chris Wild provides living proof that, with the right help, lost children can make something of their lives.

He tells his own story to the young people he meets in order to give them encouragement and show that somebody will go on believing in their potential, even when the evidence is stacked against.

He describes The State Of It as ‘a book about hope’.

And hard though it may be to be optimistic, this compelling, urgent, passionate book is a voice shouting to us all that things must be made better for these children.

The harsh broken system run in our name needs to be fixed.