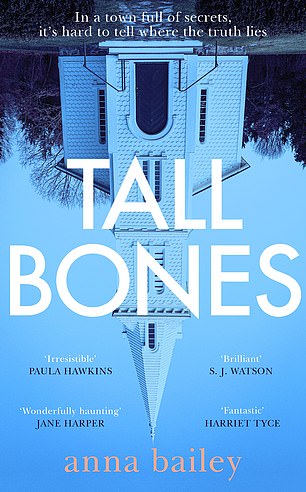 After studying creative writing in Bath, Bailey set off for the U.S. and rural Colorado, and her experiences there illuminate this claustrophobic portrait of small-town life on the edge of the Rocky Mountains.

She paints a dark picture of a community desperate to protect its secrets in the wake of the disappearance of 17-year-old Abigail during a party at local beauty spot — Tall Bones.

Her best friend Emma is ridden with guilt at leaving her alone that night and tries to unravel what happened.

The trail leads her to Abi’s young brother, who walks with a stick because his father threw him down the stairs.

Gradually, the guilt that seems to haunt everyone in the town creeps to the surface, in spite of the best efforts of the fearsome local pastor to stop it. Both menacing and haunting, it is a compelling and atmospheric debut.

WHEN I WAS TEN

Partly inspired by a famous case of a child killer, this tells this story of Catherine Allen, who — as Sara Carter — killed both her parents at the age of ten by stabbing them 14 times with scissors.

Sara spent eight years in a children’s secure unit, but when she emerged she wanted to put the past behind her. She didn’t contact her elder sister, Shannon, but started a new life, married and had a daughter. Then the past catches up with her.

Shannon collaborates on a true crime documentary about the case, and the world comes searching for her sister — threatening to destroy her carefully shielded past.

One of the journalists is a former neighbour of both sisters, and the three women’s stories interweave to reveal what actually happened on that fateful night in 1997. 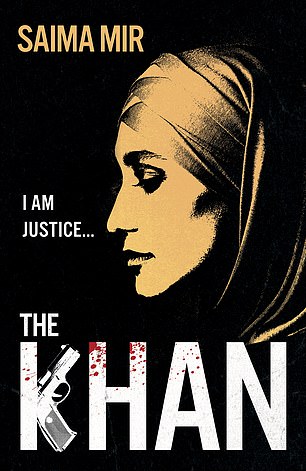 Taking its lead from Mario Puzo’s The Godfather, this crime debut from a British- Pakistani journalist opens with a wedding — but South Asian not Italian, and in northern England rather than New York.

Jia Khan, a successful criminal lawyer in London, is tempted back to the ceremony presided over by her father, Akbar Khan, who is not only a respected elder of the Pakistani community but also runs the local organised crime syndicate.

When her father is murdered, Jia is plunged into a brutal power struggle among the communities, which — while Akbar was alive — the police counted on him to control.

The idealistic Jia, who had renounced her family, has no alternative other than to attempt to re-establish order, but she may need to use methods that her lawyer’s training would frown upon.

Plus, she is a woman trying to control a misogynistic, male-dominated society. Does Jia become Michael Corleone to survive?