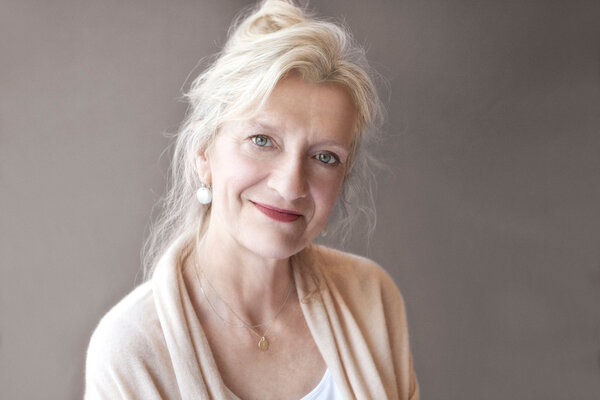 One proof of Elizabeth Strout’s greatness is the sleight of hand with which she injects sneaky subterranean power into seemingly transparent prose. Strout works in the realm of everyday speech, conjuring repetitions, gaps and awkwardness with plain language and forthright diction, yet at the same time unleashing a tidal urgency that seems to come out of nowhere even as it operates in plain sight. Consider this distillation of fact and feeling from her affecting new novel, “Oh William!”:

He never spoke of the war; my mother must have told us that he fought in it, because I was aware of that fact growing up. The way in which his post-traumatic stress (although I did not know that term at the time) manifested itself was an anxiety so great that it seemed to produce sexual urges in him almost constantly. Often he walked around the house —

I am not going to say any more about this.

But I loved him, my father.

Strout fans will recognize the speaker as Lucy Barton, the narrator of Strout’s excellent 2016 novel, “My Name Is Lucy Barton,” and a character in her 2017 novel, “Anything Is Possible.”

“Oh William!” picks up decades after “Lucy Barton,” with Lucy newly widowed by the death of her second husband, and her grown daughters both married. In the interim, Lucy has become the famous author of several books — at least some of which are apparently autobiographical. “Oh William!” underscores its sequel-dom to “Lucy Barton” with frequent allusions to material covered in that earlier work. It also mirrors “Lucy Barton” in structure and tone; “Oh William!” is a brief, swirling account of present-day events that rouse memories of past events and prompt a reckoning.

“William” is Lucy’s first husband, William Gerhardt, now 71, a scientist, professor, and the father of her two daughters. A series of crises in William’s life sets the novel in motion: His third wife leaves him without warning, taking their teenage daughter with her; his career begins to peter out; and an ancestry website reveals that he has a half sister living in Maine, a discovery that strongly suggests that his long-dead mother, Catherine — to whom Lucy was very close — abandoned a young daughter to marry William’s father, a German prisoner of war, in the decade after World War II.