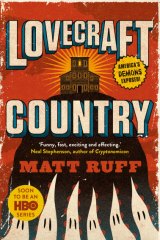 Mat Ruff’s inspired homage to Lovecraftian horror artfully confronts the Manichean conflict that attends any consideration of H.P. Lovecraft as an artist and a man. He was, as Stephen King noted, ‘‘the dark and baroque prince of horror’’ who bequeathed us the Cthulhu Mythos. He was also an appallingly racist: Lovecraft extolled Hitler’s rise to power (‘‘I know he’s a clown but god I like the boy’’), and even defended lynchings in the American South. Ruff’s heroes are African Americans in the 1950s. Young army veteran Atticus Turner, his weird fiction-obsessed uncle George and intrepid friend Letitia band together to seek Atticus’ missing father, who has disappeared in New England. Encountering cosmic horrors and worse, the blight of racism, at every turn, these adventurers must face an unspeakably hostile universe where the mundane and the eldritch conspire against their sanity. 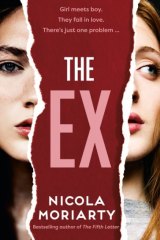 Nicola Moriarty is the youngest of the Moriarty sisters (her elder siblings Liane and Jaclyn are also bestselling authors), and her latest will have you turning pages in a blur to find out what happens. Set in the affluent inner suburbs of Sydney, the novel begins with a likeable young nurse, Georgia, falling for a white knight, Luke, who saves her from some low-level sexual harassment when she’s been stood up by a Tinder date. The romance proceeds rapidly, but soon encounters a snag: Luke’s ex-girlfriend Cadence is having trouble letting go. She starts stalking and menacing Georgia online. Then things go missing from Georgia’s apartment. As Cadence’s behaviour escalates, Georgia must take matters into her own hands … and that’s as much as any reviewer can say without giving the game away. A fast-paced, pulpy psychological thriller with Netflix written all over it.

You Will Be Safe Here
Damian Barr
Bloomsbury, $29.99 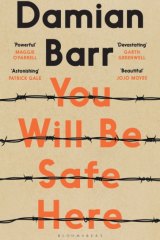 It’s almost two novellas entwined, rather than a debut novel, though they’re strikingly united by Damian Barr’s vivid and surprising prose style and vaulting gift for metaphor. The first narrative, set during the Second Boer War, follows the excruciations of Sarah van der Watt, a Boer rebel’s wife interned in the Bloemfontein concentration camp by the British, after her farm is burned to the ground. Kept in inhumane conditions, Sarah’s hatred swells and the seeds of apartheid (Sarah reserves special rancour for black farmhands who switch sides to support the British) are planted. Over a century later, in a story based on the horrific murder of Raymond Buys in 2011, a South African teenager enters a ‘‘safari training camp’’ – in fact a paramilitary organisation with white supremacist overtones. Barr traces a history of violence with compassion and a sweeping poetic intensity. 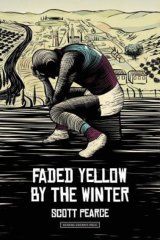 Set in the town of Henrithvale in north-western Victoria, this is a haunting little novel that draws together elements of magical realism and sports writing, bush gothic and the Western, to create an unsettling and melancholy portrait of inexorable rural decline. The protagonist, Vic, battles against forces beyond his control to save his town’s footy club, and the vast family orchards he grew up on. The legacy he wants to save isn’t exactly benign. Memories of patriarchal violence persist even as Vic’s home decays into a ghost town, from the Avenue of Honour planted to commemorate World War I to the shadow of his father’s private reign of terror. On the footy field, Vic feels alive; off it, his increasing dislocation from his wife and daughters disturbs, and he risks becoming part of a wider vanishing act. A quietly evocative novel wreathed in beauty and despair.