“Never a Lovely So Real,” the luminous title of Colin Asher’s absorbing new biography of the once famous but now neglected Chicago writer Nelson Algren (1909-81), draws upon a 1951 essay — commissioned by Holiday magazine during a period of civic boosterism at the height of the Red scare — in which Algren expressed his love for his hometown’s grittier neighborhoods. “Once you’ve come to be part of this particular patch,” he observed, “you’ll never love another. Like loving a woman with a broken nose, you may find lovelier lovelies. But never a lovely so real.”

In the same essay, Algren, who a year earlier had won the first National Book Award for his best-selling novel “The Man With the Golden Arm,” also expressed his anger about the deepening class divisions that he felt were undermining hope for a better postwar city and world. Unnerved by the political content, and without consulting him, Algren’s editors at Holiday cut the essay in half before publishing it. Fortunately, Doubleday had more courage and released the complete essay as a book, “Chicago: City on the Make,” a slim classic that combines poetry, personal recollections and acerbic political commentary in ways that remind a reader today of both Walt Whitman and Tom Wolfe. Algren’s assertion that “it’s everyone for himself in this hired air” conveys a zest that the phrase “income inequality” lacks.

Asher, an instructor at the City University of New York, scrupulously attempts to separate facts from myths (some created by Algren himself) as he explores how a writer who produced prose-poetry of such a high order could now be largely forgotten.

Algren led a big life that included such diverse experiences as immersion, while a student at the University of Illinois, in the Stoicism of Marcus Aurelius; conviction for stealing a typewriter, which elicited the mercy of probation from a small-town Texas jury sympathetic to the argument that the defendant was like a carpenter who could not afford his tools; interaction with the Communist Party as a member of the “proletarian” school of American writers; F.B.I. surveillance personally authorized by J. Edgar Hoover; three marriages (two to the same woman); and a trans-Atlantic romance with Simone de Beauvoir. That affair, which began in 1947 when Beauvoir visited Chicago on a lecture tour and lasted about 12 years, seems to be one of the few things otherwise well-read people know about Algren today. 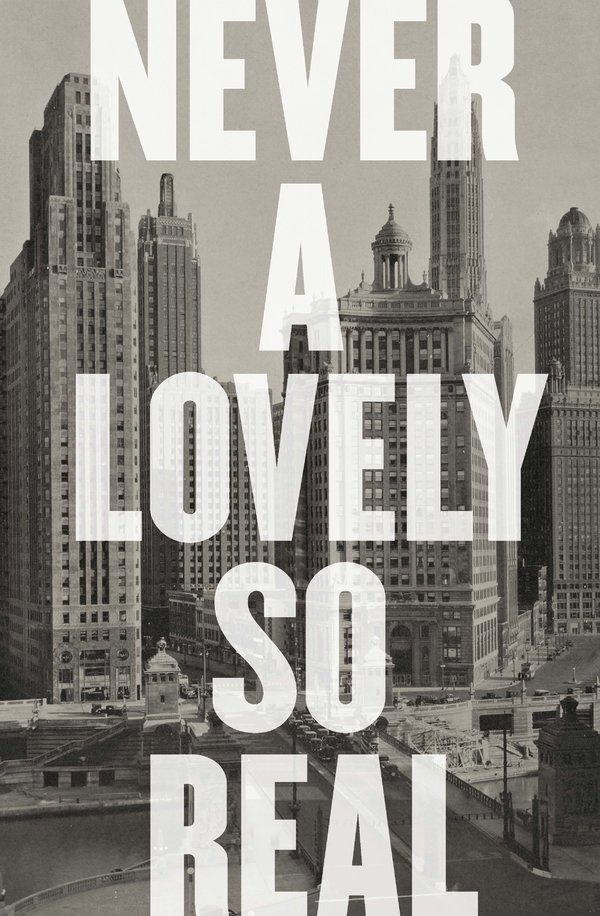 The so-called proletarian writers of Chicago, including Algren’s near-contemporaries James T. Farrell and Richard Wright (a close friend until 1946, when he emigrated to France and Algren broke with him), wrote about working-class people without prettying up their lives. No writer in thrall to strict leftist ideology could ever have depicted a character like the ill-fated card dealer and drug addict Frankie Machine in “Golden Arm,” who says, “I never get nowhere but I pay my own fare all the way.”

The director Otto Preminger realized how unpalatable Frankie’s inevitable death (in the novel) would be to a mass audience, so in the 1955 movie starring Frank Sinatra, the man with the tarnished life walks off with his girlfriend, played by Kim Novak, instead of committing suicide. Algren hated the film.

Algren, born Nelson Algren Abraham, is rarely called a Jewish writer, because he wrote relatively little about Jews even though he was one (secular, not observant). His paternal grandfather, Nils Ahlgren, was a Swedish Lutheran who became enthralled by the Hebrew Bible, declared himself a Jew, renamed himself Isaac Ben Abraham and immigrated to America, where both he and Nelson’s father, Gershom, married Jewish women. Nelson spent most of his writing life near Chicago’s largest Polish “patch” and, later, in Gary, Ind.

Like millions of Americans during the Depression, young Nelson also spent time roaming the country in search of work. His first novel, “Somebody in Boots” (1935), describes those experiences, including a thinly veiled account of his 1934 stay in the Texas jail where he awaited trial for typewriter theft.

Asher’s is not the first biography of Algren, who did not write anything in the last two decades of his life that attracted either the public attention or the critical controversy of “Golden Arm” or “A Walk on the Wild Side” (1956), which was also made into a movie. The reviews of “Wild Side” were much more negative, Cold War literary politics having intensified between 1949 and 1956. Norman Podhoretz, in a 1956 New Yorker essay titled “The Man With the Golden Beef,” described Algren as a miscreant who believed that “we live in a society whose bums and tramps are better men than the preachers and the politicians and the otherwise respectables.” Respectable to whom? Podhoretz seemed furious at the idea that the wretched of the earth might not be wholly responsible for their wretchedness. 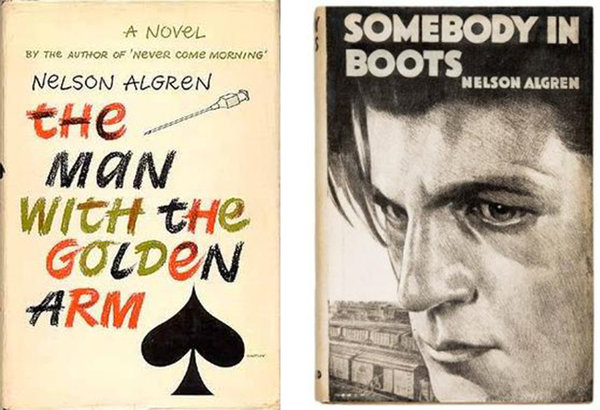 The first biography of Algren was published in 1989 — too soon after his death for reconsideration of a novelist whose emphasis on the unfortunate was then deeply at odds with American culture. Another biography, published in October 2016, appeared in the immediate aftermath of Donald Trump’s election as president. The timing of Asher’s book, by contrast, is fortuitous, because many Americans are now preoccupied by economic and class disparities in ways not seen since the Depression. Asher also obtained access to a virtually unredacted copy of Algren’s lengthy F.B.I. file.

Asher claims that Algren was a member of the Communist Party in the 1930s; certainly he was involved in causes and organizations supported by the party. In 1950, the F.B.I. stepped up its surveillance of Algren after Louis Budenz, a former managing editor of The Daily Worker who had renounced communism, told an agent he had heard that Algren was a “loyal member of the Communist Party.” Asher chronicles meticulously the kind of government intrusions whose petty cruelty can still shock. Phone calls were made to his mother, Goldie, who on one occasion, assuming that the agent on the other end of the line was a friend of Algren’s, “bragged about her son’s accomplishments at length.”

In 1953, Algren was denied a passport to visit France — a common tactic used against those suspected of communist leanings at the time. He was not able to travel abroad again until 1959. The long period when he could not visit Beauvoir in France certainly did their relationship no good, but she was never going to leave Paris and her stifling relationship with Jean-Paul Sartre, and Algren was not going to leave the United States. After making a trip to Paris in 1959 to reconnect with Beauvoir, Algren never saw her again. Nevertheless, when she was buried in Montmartre Cemetery in 1986 (alongside Sartre, of course) Beauvoir was wearing a ring Algren had given her.

The literary gossip in this biography, much of it drawn from letters, is intriguing, witty and sometimes acidic. After “Golden Arm,” Ernest Hemingway wrote Algren a letter comparing him favorably to “the fading Faulkner” and “that overgrown Lil Abner Thomas Wolfe.” Against this backdrop, Hemingway wrote, Algren “comes like a corvette or even a big destroyer when one of those things is what you need and need it badly and at once and for keeps.”

Asher never quite arrives — this is a compliment, not a criticism — at a persuasive explanation for Algren’s long literary decline, before his death in Sag Harbor (he had finally left Chicago), on Long Island. The F.B.I. pressure of the 1950s is insufficient to explain why, in the 1960s and ’70s, Algren did not practice his craft with his earlier diligence. Asher may be right to speculate that the verdicts of the Cold War critics, frequently dismissing Algren as a semi-educated lunkhead (who just happened to worship Dostoyevsky and Chekhov), have had an outsize influence on his reputation.

But when a great writer stops writing, something internal as well as external is always in play. We are currently experiencing a revival of interest in writers — white and black, male and female — shaped by the uncertainties of the 1930s in ways that resonate strongly today. This biography provides an invaluable introduction to one of the best of them.

Susan Jacoby is the author of “The Age of American Unreason in a Culture of Lies.”