EAGLEHAWK NECK, Tasmania — By the time Matt Zurbo plopped on the couch to write his 282nd children’s book, he’d worked all day at an oyster farm, laughed with his daughter on the beach, gone for a swim in the frigid waves and cooked a vegetarian feast.

It was just after 10 p.m., and his eyes were drooping. But not for long. Assisted by whiskey and a Venezuelan ballad, he finished the tale of a girl who loved to dance and published it online at 1 a.m., leaving just 83 stories to go before completing his 365-day challenge.

“The more kids love stories and love books, the better the world will be for my daughter,” Zurbo said. “Imagination trumps violence and ignorance, and always will.”

Many of us who are parents experience a similar flush of love for stories with the arrival of our firstborn. Some people (Hoda Kotb, Kelly Clarkson) even produce books inspired by their offspring. But Zurbo’s challenge, named after his 20-month-old daughter, Cielo, is a case study in creativity.

He’s not just a writer with four published novels, an oral history of Australian-rules football and eight children’s books. He’s also a hard-living adventurer with hands he can’t close into fists after 30 years clearing trails and replanting forests in the Australian bush.

Oystering at sunrise is his form of settling down. As for marriage and fatherhood? “Never expected it,” Zurbo told me. “I was waiting around to die.” 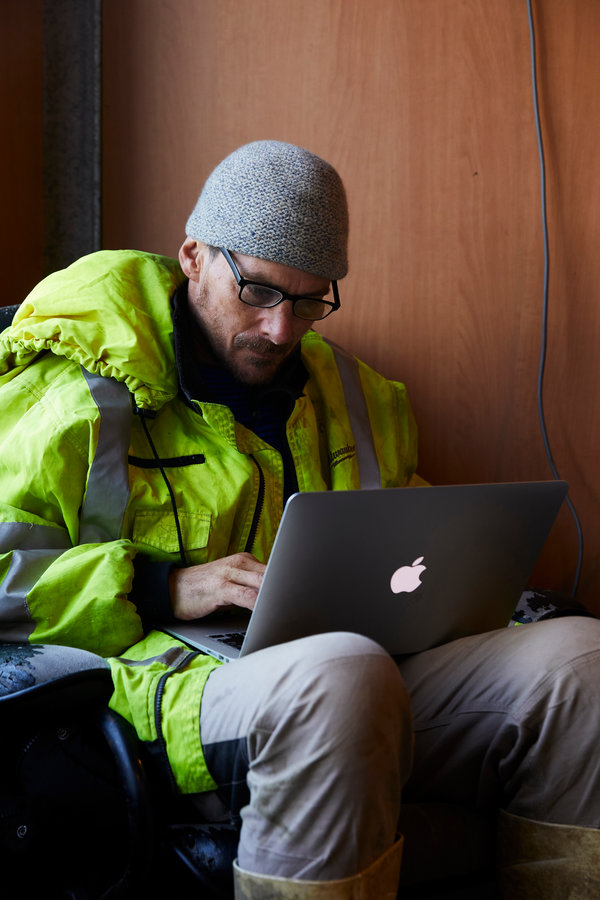 His book project, then, is best read as a burst of daily celebration — what might happen if an Australian Jack Kerouac had the child he’d always wanted, at age 50, with a Venezuelan architect who showed up at a logger’s pub one night.

Zurbo’s stories range from the joyous (Day 168: “Bare Feet”) to the absurd (Day 144: “Backwards With Billy Hanging”) to the lyrical (Day 7: “The World’s Smallest Sound”) and the personal (Day 133: “For Cielo”). None of them have been published, nor is there any marketing behind the project.

“That’s what’s so beautiful about it,” said Matt Ottley, who has illustrated award-winning children’s books such as “Luke’s Way of Looking.” “It’s generally just floating there in the net. It’s like coming across a really rich secret garden that nobody knew existed.”

That it comes from a bloke without a college degree, with a reputation for wilderness forestry and the occasional fistfight on the footy pitch, makes it all the more astounding.

“The sensitivity and poetic beauty of some of his texts is hard to fathom,” said Helen Chamberlin, a retired Australian children’s books editor who worked with Zurbo on his 2015 picture book “Moon.” “He’d strike anyone who meets him as a rough diamond.”

I spent a few days in rural Tasmania with Zurbo, who usually goes by Salty (at work) or Old Dog (a football nickname). He is 52 but looks younger, with the slightly hunched walk of an athlete perpetually leaning forward.

When we arrived at his wood-slat home, a neighbor’s chickens running free in the yard, he carried his Macbook in one hand and oyster-stained pants in the other. Inside, he eyed the shiny sea-blue linoleum, the orderly kid's room, and apologized for the lack of a lived-in vibe.

Leaning against the kitchen table was a black-and-white photo of a crowded pub. His sister, a music photographer who goes by Zo Damage, shot it at the Tate, a Melbourne venue for raucous bands ignored by pop charts.

“It’s a beautiful mess,” Zurbo said. “A place where people who believe in things go.”

His first novel, “Idiot Pride,” published by Penguin in 1997, was born in grotty places like that. Written for young adults but full of sex, marijuana and alienation, it was shortlisted as book of the year by the Children’s Book Council of Australia. “It was about trying to find pride in going nowhere — idiot pride,” Zurbo said as he chopped a sweet potato for dinner.

The front door creaked open. Cielo burst in with a squeal and Zurbo spun her around while singing “Cecilia.” Over vegetables and rice, while Cielo played with a book, Zurbo and his wife, Elena, explained their unexpected domesticity.

They met three years ago, when he was on a break from the forest and she was on vacation after splitting with her husband. Having fled Caracas and an architecture job where she was pressured to support the government, Elena, 38, was trying out interior design and working on a novel. He was frustrated with his last book and had given up on love.

“I was in the mountains just living a hard life,” he said. “Everyone said this is going to change everything, and I said, ‘Thank Christ.’”

Their daughter arrived after a scary trip down Tasmania’s country roads, Elena having gone into labor three weeks early with pre-eclampsia. They got engaged that night. A golden-haired extrovert, Cielo (“heaven” in Spanish) is their surprise beginning.

Zurbo said the 365-day story project is meant to be a gift to her, though he also wouldn’t mind a publisher picking a tale or two to add to the family’s meager income. Ultimately, he said, he’s trying to be a good parent, building on what his father, an illustrator, and mother, a doyenne of Melbourne’s avant-garde theater the Pram Factory, did for him: inspire a love of creativity.

“My mum and dad split up when I was 2. So what?” he said. “Mostly, they cut me loose, which was great for my imagination. I was free to roam.”

His own urges, Zurbo admitted, still push in the same direction. With everything, he seems to work fast, as if wasted time and energy are evil.

Four hours after publishing the story about the dancing girl, he was in the kitchen mixing dinner’s leftovers with eggs to carry to work for lunch. By sunrise, we were out on Boomers Bay and he was in the muddy shallows, guiding a boat alongside a Pacific gull he’d named Sphincter.

Oystering is mostly lugging baskets from one place to another. Zurbo admitted he didn’t love it as much as the forest, and he worried that the wages of around 23 Australian dollars an hour ($16) were not enough for a family, but he attacked every task.

Stories, even at work, seemed to rise like tides. At one point, Zurbo told me he had an idea for one inspired by the previous day’s tale of the dancing girl.

“She’s dancing with a monster no one can see,” he said. “And her brother, he doesn’t know it, but he’s making the monster laugh.”

Some of the stories in “Cielo” come from these kinds of iterations. But a lot of them start with people he’s met and what they tell him about their children.

Day 102: “The Best Skier in the World” is drawn from a friend whose son broke his leg skiing and needed cheering up. Day 209: “Austin’s First Game” is for Dave “Wally” Cusic, the club captain of his Aussie-rules football club, the Dodges Ferry Sharks.

“He had his first child recently, loves his footy, obviously,” Zurbo told me. “I did this the day Austin was born, as a present.”

And that dancing girl? She’s my daughter. The first night I met Zurbo, he asked me what my two kids were into. Thinking nothing of it, I told him.

When I showed the story to Amelia, who is 8, she was thrilled, insisting we get a copy of the book when it published. I didn’t have the heart to tell her that might never happen.

That’s the thing with “Cielo.” It’s free. Online. Stories for the love of stories, a project as impractical and relentless as its creator.

“We’re jumping from rock to rock,” Zurbo said the last night I stayed with him, “just trying to get across the stream.”

Damien Cave is the bureau chief in Sydney, Australia. He previously reported from Mexico City, Havana, Beirut and Baghdad. Since joining The Times in 2004, he has also been a deputy National editor, Miami bureau chief and a Metro reporter. @damiencave