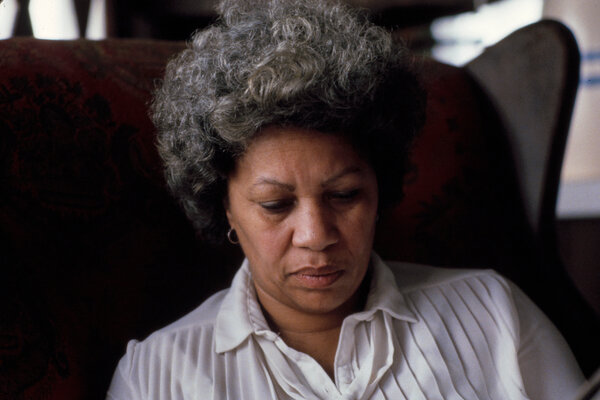 The most African American of storytelling traditions arose from the pulpit of the church. From that platform, each Sunday past and present, personal anecdotes and musings mix with an in-depth examination of Scripture, forming a sermon that echoes long after congregants have gone home.

Though Farah Jasmine Griffin did not grow up a churchgoer, she gracefully weaves the sacred with the profane in her academic memoir, “Read Until You Understand,” which explores her connection to the sweeping themes found within the African American literature she reveres. In doing so, Griffin makes literary analysis both accessible and relevant.

The book opens with an intimate recollection of Griffin’s father, who believed, as she puts it, “that teaching was an act of love.” She recalls their weekly trips to the public library and the parchment paper reproductions of the Declaration of Independence and the Bill of Rights he purchased for her on visits to Philadelphia historical sites. “My father’s lessons did not derive from an uncritical patriotism,” Griffin writes. “At times I think he exposed me to our nation’s founding fathers and the ideals they espoused so I would understand the enormity of their transgression, the enormity of their betrayal.”

But it quickly becomes apparent that “Read Until You Understand” is more about ideas and ideals than it is about one person’s life. Griffin deconstructs rage, freedom and justice, first in scenes from her own life and then in her analysis of prose, poetry and speeches of some of the most powerful Black writers in American history. “This is the power of literature: to use language to remind us of another’s humanity by touching our own,” she tells her Columbia University students, illuminating both her devotion to the works and her approach to presenting them.

Griffin recounts the emotional support she received from childhood neighbors after her father’s death as a prelude to her consideration of Toni Morrison’s “The Bluest Eye,” which defines love as caretaking by your community. A similar sort of love, she notes, explains the impulse of some Black women (present company included) to groom their children to the hilt lest they be mistaken for thrown-away, abandoned kids.