Thomas Chatterton Williams is the son of a black father and a white mother, but grew up identifying as black on the basis that even one drop of black blood defines a person as belonging to that often besieged minority. His father claimed that his mother was a black woman at heart, and brought up his son to oppose the implicit racism of passing, though Williams has a complexion more tanned than sub-Saharan, and is often mistaken for an Arab in France, where he lives. Williams married a white woman and both their children were born with blond hair and blue eyes. Are they, too, black by the one-drop rule? In questioning their determinative race, he has plumbed not only his own but also the complexity of racial identity for people outside the prevalent white/nonwhite binary.

Williams, a contributing writer at The New York Times Magazine, is well educated, intellectually sophisticated and prosperous, and he tries to limn the complex relationship between race and class, to figure out where racism is classism and where classism is racism, an almost Escher-like maze as snobbery casts a thin veil over racial hatred and vice versa. Williams can say, “I do not feel myself to be a victim — not in any collectively accessible way.” He is unabashedly the product of a society that champions diversity and encourages people of color to think in terms of identity politics, but he opposes racial essentialism and is an exponent of compromise on some of the niceties of political correctness. He fears the integration that will be available to his blond daughter, Marlow, enabling her to erase aspects of her identity, but he also decries the segregating intolerances that come from both the majority and the minorities.

“Son, don’t lose yourself,” his father warned him on his wedding day, having long before declared, when Williams at 8 showed little inclination to learn boxing, “I’ll be damned if they make you white.” Williams knows that his blackness is essential to his father. “I consciously learned and performed my race,” he writes, “like a teacher’s pet in an advanced placement course on black masculinity.” Yet he describes being treated as a gringo by the black people he met when he campaigned for Obama. “Do I really need to pretend that we are all united, socially indistinguishable, in order not to deny my African ancestry, to honor the experiences of my father’s family?” He epitomizes a conundrum, viewing himself as part of multiple societies to which he has incomplete claims. In defining himself as black, Williams lived in “an extremely complicated and willed simplicity that, for me, was a telltale sign that I was back home.”

When he chose to marry a white woman, that self-categorization began to decay. He felt tremendous anxiety that he might be enacting racial insecurity, somehow “marrying out,” deserting his authentic self. “I would not be bullied or reverse-psychologized … into forfeiting my own personal happiness and volition. What kind of liberation is that? I’d marry this woman I wanted to marry, I told myself, and all the rest was distraction.” He describes his horror watching video of black people being beaten by the police, but acknowledges: “Even as I share their outrage, even as I remain aware that this could still happen to me, I know as well as I know my own name that this is not one of the things I need fear could happen to Marlow. How can I deny that there is a part of me — a real one — that feels relieved; and how could this relief in turn not look a lot like treason? … Or is it possible that marrying out, if shorn of any belief in or aspiration to ‘whiteness,’ could be a useful, even indispensable part of the solution to the quagmire of racism without race?” He points out that one in four black men in America marry nonblack spouses and wonders how many are fleeing a star-crossed racial destiny.

While his “Self-Portrait in Black and White” begins with assertions of his blackness, it evolves into a rich set of questions occasioned by the birth of his first child. He describes using filters to try to make photos of her look nearly ecru in the messages he sent to friends after she was born, actions that, he writes, bought him months of the unexamined life. But it did not remain unexamined beyond that as he struggled with what he knew would be the world’s perception: “My father is black but my daughter is white.” And he questions the basis on which we define race — by inheritance, appearance, upbringing, genetic tests, location. “The problem of racial difference in America — and in modern life more broadly — is always presented as an economic, political, biological or cultural problem,” he writes. “But I want to say that it’s at least as much a philosophical and imaginative disaster.”

Williams argues for something “between the poles of tribal identitarianism and Panglossian utopianism,” explaining: “People will always look different from each other in ways we can’t control. What we can control is what we allow ourselves to make of those differences.” He rejects the anger endemic to so much current writing about race in America; he is refreshingly free of the punishing though brilliant invective of Ta-Nehisi Coates, and devotes some brave pages to his disavowal of “Between the World and Me,” observing that Coates has very little understanding of white people. He reinterprets Coates’s story about a white woman who shoved his child in a movie theater, suggesting that she may have been broadly obnoxious rather than specifically racist. “It doesn’t seem to strike him that as long as black people can be so easily triggered and provoked — so long as such barely submerged ancestral pain hovers just beneath the surface — we’ll never be free or equal,” adding that so long as Coates’s style of anger is triumphant, “I fear we are going to be spending quite a lot of time talking past each other instead of reaching a common truth.” He is bothered by white friends who “flagellate themselves, sincerely or performatively, apologizing for their ‘whiteness,’ as if they were somehow born into original sin.” He pleads for “a vision of ourselves strong and supple enough both to acknowledge the lingering importance of inherited group identities while also attenuating, rather than reinforcing, the extent to which such identities are able to define us.” 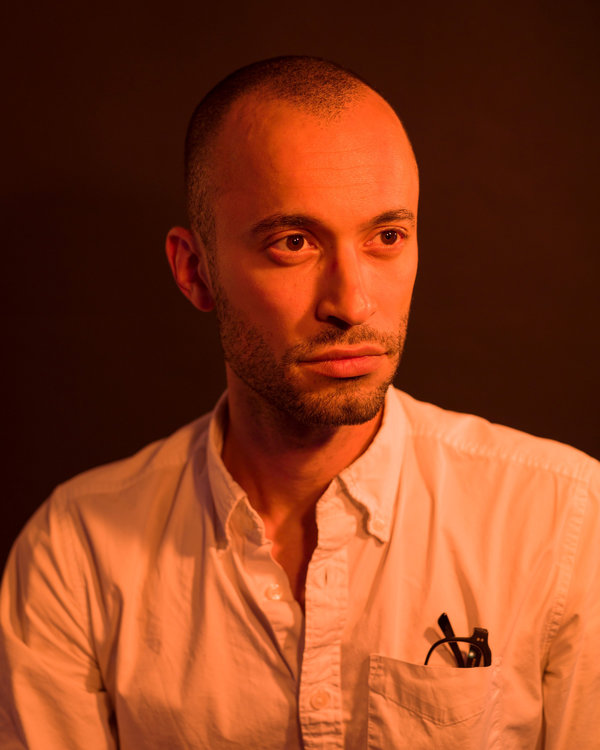 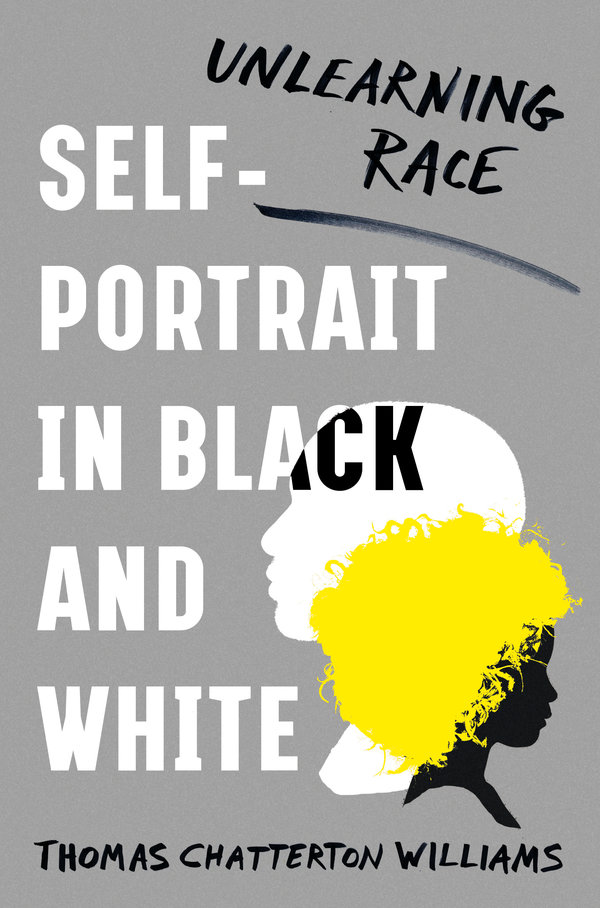 On the whole, Williams’s book is more rigorous than mournful, an account of solutions more than of problems, marked by self-deprecating humor and acute sensitivity. In one emblematic passage, he describes going to meet the writer and activist Ishmael Reed, and being embarrassed to take along his white wife, only to be introduced to Reed’s own white wife upon arrival. Later, he describes a porcelain slave’s head that sits on the coffee table of his wife’s aristocratic grandmother. He finds it painful to see this memento of colonialism and bondage turned into an amusing bibelot, but he also loves the woman in whose household it is displayed. He catalogs his objections about it to his wife, but ultimately is less disturbed by the ornament than by his own self-consciousness with its owner, his instinct “to give her credit simply for accepting me.” He constantly questions his own conciliatory behavior, to which he brings an air of self-actualizing apology.

Mixed race studies has, of course, emerged as a field in the last two decades. Williams dutifully quotes from the Journal of Critical Mixed Race Studies. Even here, he alleges that the language of race is a failure. In the end, Williams avers that race is a construction foisted on all people by the majority, and that it is unhelpful. “We viscerally believe in our boxes and, recent census efforts notwithstanding, don’t really know or want to know how to let a person stand comfortably in two — or more — at the same time.” Williams aspires to what the economist Glenn Loury calls “racially transcendent humanism,” without abandoning the identity issues about which Coates has spoken so forcefully. “It is not incumbent to erase the particular or whitewash difference in order to recognize the possibility of, and aspire to, the universal.”

His final chapter, “Self-Portrait of an Ex-Black Man,” explores his rejection of an identity that he has seldom sought but frequently embraced. He points out that commercial gene-mapping operations such as 23andMe are revealing the general impurity of most people’s racial origins. “If the idea of separate human races is a mistake to begin with, then monoracial forms of identification are fictitious and counterproductive. But so are stand-alone ‘mixed-race’ identities, since everyone is in some way mixed to begin with. … At various points in my own life, I have been laughed at scathingly for calling myself ‘black.’ More recently I have been berated for rejecting the label. Both reactions are less than comfortable, but such discomfort may simply be, for now and the foreseeable future, the occasional levy placed against the act of self-definition. I think it is more than worth it.”

While Williams rejects race, he fully acknowledges racism. He compares the prejudice that exists in the absence of clear racial boundaries to that against women who, for centuries, were charged with witchcraft, which likewise did not exist. “With the shock of my daughter before me, I finally faced myself in the mirror and decided I could no longer allow the customs and images of the plantation — of the slaver — to be my own, no matter what good may have also been done through them. The intellectual and cultural discoveries that sustained us are ours forever. But the ‘dreadful deceit’ that would call these things racial is just that, a lie that can never be made noble.” Williams’s solution to the “invented category of blackness” is to cast it off. He speaks of a “racial injury,” then explains, “I can think of no better start than rejecting the very logic that created and perpetuates the injury in the first place.” He is ready to retire from race, “stepping out of that flawed and cruel game.”

Williams writes beautifully, but his pages include quotations from great men that sometimes seem like scattered proof of his sophistication, a reflection of insecurities he disavows. Some readers will find his rhetoric perfidious and reactionary, with its dismissal of identity politics and the concomitant particulars of the African-American experience. But he is so honest and fresh in his observations, so skillful at blending his own story with larger principles, that it is hard not to admire him. At a time of increasing division, his philosophizing evinces an underlying generosity. He reaches both ways across the aisle of racism, arguing above all for reciprocity, and in doing so begins to theorize the temperate peace of which all humanity is sorely in need.

Andrew Solomon is the author of “Far From the Tree: Parents, Children and the Search for Identity” and “Far and Away: How Travel Can Change the World.”