How to unleash your hidden hero! He’s the man who teaches the British Army how to survive – Now he reveals you can apply his unique skills to thrive in everyday life

These are dangerous times — especially in our heads. I myself feel that, at any moment, I could be caught in the crossfire of a terrorist event, or kidnapped by maniacs and sold into the white slave trade. It’s just possible that I have seen too many action films.

John Hudson, happily, knows better. As chief survival instructor to the British military, he is the survival expert who teaches the survival experts. He knows all there is to be known about staying alive in hostile environments and escaping blithely from certain death.

I have read one or two books on this subject before, but this one is different. For Hudson believes that all the lessons he has learned, all the lessons he now teaches, are applicable to normal, blessedly boring lives such as yours and mine. 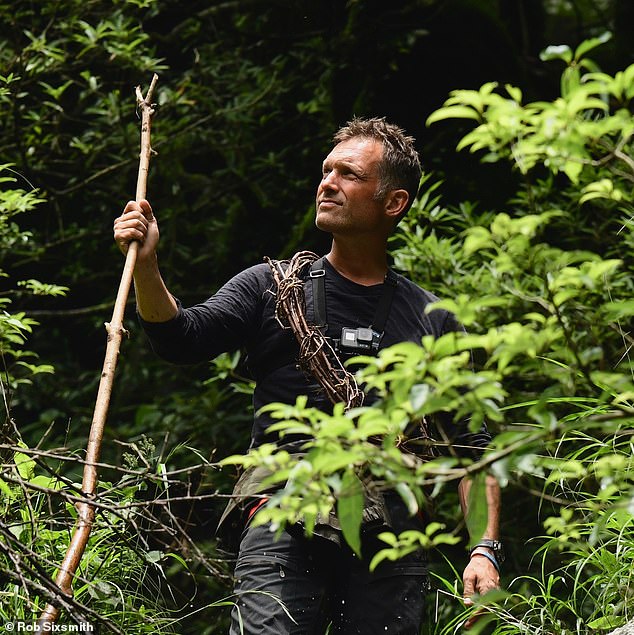 John Hudson (pictured) who is the Chief survival instructor to the British military, details his skills in a new adventure book

And I think he’s right. Anyone who reads this will be delighted by the great common sense of Hudson’s observations and insights. It’s that rarity: a genuinely useful book.

In the military, says Hudson, you minimise risk by preparing for every eventuality. If you’re a fighter pilot, it’s pretty warm in the cockpit. But many fighter pilots are wearing sturdy trousers and extra pairs of socks in case they are shot down and have to escape across enemy territory.

Likewise, if you go into a meeting having anticipated everything that can be asked of you — including the worst and most unanswerable things — you will perform better if such things are actually asked.

It’s obvious, really, but not so obvious that many people actually do it.

Hudson gets asked a lot what is the best bit of kit to carry for survival. ‘It’s not a fancy knife, or a geo-location device,’ he says. ‘The most important tool you can have for survival — or any kind of situation requiring self-reliance — is a well-stocked brain.’

Yours may not be well-stocked before reading this book, but it certainly will be afterwards.

Hudson says there are many lessons from the world of extreme survival that are clearly applicable to everyone.

One is that, in extreme events, some people just instinctively know what to do, while others don’t and never will. The hero steps up to the plate — while everyone else freezes in terror.

‘But I can tell you, categorically, there is no singular “will to survive” or survival gene that some people have while others don’t.’

Some have more skills; others have relevant experience. 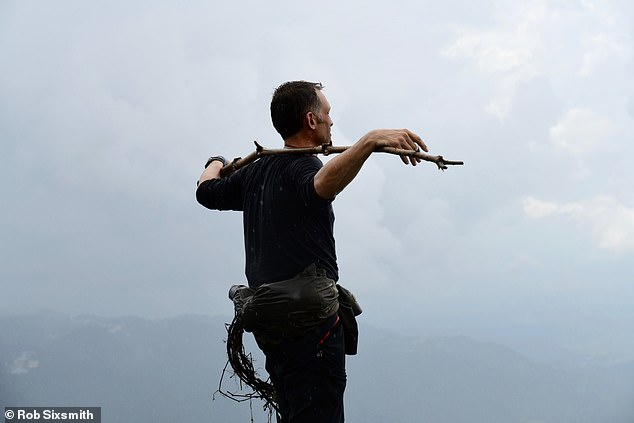 John (pictured) gives specific advice throughout his book, including wearing earphones even when not listening to music to discourage people from talking to you

In short, almost all of us can be heroes. I like this idea a lot.

Hudson illustrates his points with extraordinary tales of derring-do from down the ages, such as the one about the Australian aircrew stuck in the Outback who created a makeshift boat out of aircraft fuselage and sailed down a suddenly swollen river out to sea. ‘Survival reminds us that if something is difficult we have two choices: try harder or stop trying.’

Hope, he says, is the ‘perseverance engine’. If you persuade yourself you have something to live for, you will probably survive. Hope allows you to plan.

Once you have worked out your plan, you will know that your goal is achievable, so now it’s time to do the work.

The work enables you to see change and so gain control over your environment — which, in turn, increases your hope.

Proportion of under-44s who cannot read a map

His specific advice, though, is the heart of this book. For example, we’re more likely to remember particular actions if we’ve done them, rather than just read or heard about them. Muscle memory runs long and deep: if you could once ride a bicycle, then you still can.

Things you can do without thinking give your brain space to work on other problems. (Think of yourself having a bath, when you wash your bits in the same order every time, allowing your mind the time to wander — almost certainly usefully.)

The body, of course, is a temple. Your brain needs water to work: if you are dehydrated to the extent of just 1 per cent of your body weight, it’ll impair your thought processes.

Thanks to our evolution in Africa, ‘our bodies are tuned to operate, naked, in an environment that’s between 26c and 30c’, so, if Hudson is about to do something that requires brainpower, he stops for a moment to check that he’s not too hot or too cold.

What could be simpler? ‘Take a layer on or off, open or close a window. Job done.’ I have never done this in the past, but I shall do now.

Don’t waste time feeling hard done by. If something goes wrong, we all have a tendency to sit and think: ‘Life’s unfair, why did that happen to me?’ 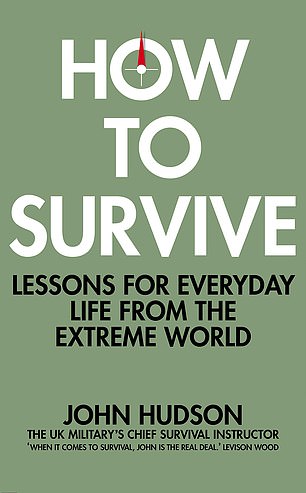 No point in that. Far more sensible, in Hudson’s opinion, ‘to take ownership of the situation in front of us. It’s not our fault, but it is our reality’.

Even his footnotes are worth reading. In one, we learn that if someone drops by your desk when you’re concentrating on something and asks: ‘Have you got a moment?’, research shows that it will take you 20 minutes to regain the concentration you had before.

Hudson recommends wearing earphones even if you’re not listening to music. Earphones tell people to go away and leave you alone.

Hudson is rare among survivalists in that he has both emotional intelligence and a sense of humour. And, unlike one or two, he is not blisteringly macho or competitive.

Everyone, he says, has their limits, and it’s important to recognise them: ‘The people who get themselves into the worst difficulties when we’re training are the ones who think they’re superheroes.’

Margaret Thatcher’s claim that she got by on four hours of sleep a night would get short shrift from him. ‘Our brains need a break from high-stakes challenges and the best break is sleep.’

An afternoon nap apparently increases the brain’s learning capacity by 15 to 20 per cent, which I’ve been saying for years, as I lie snoring through Countdown.

By necessity, this review can barely scratch the surface of this splendid book. It’s chock-full of goodness and I can’t think of anyone I know who wouldn’t benefit from reading it.