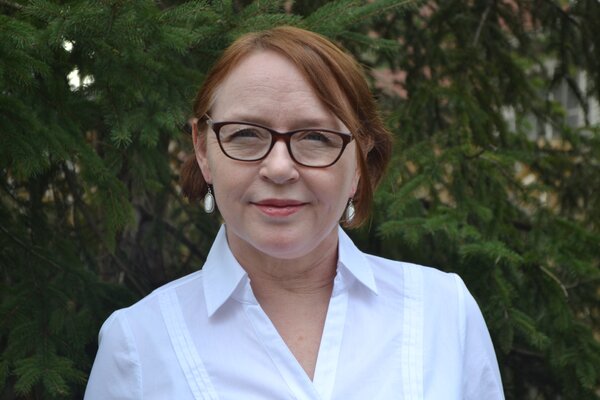 FLESH AND BLOOD Who wouldn’t be drawn to a book called “Not a Happy Family”? Shari Lapena’s novel makes an entrance on the hardcover fiction list at No. 3. Like the Canadian former lawyer/English teacher’s earlier best sellers — including “The Couple Next Door” and “The End of Her” — “Not a Happy Family” splashes into a stew of nightmares. “A wealthy older couple are found murdered in their home,” proclaims the novel’s 30-second trailer, viewable on Lapena’s website. “Was it a break-in gone wrong? Or did one of their children finally snap?” The music is “Jaws”-level stressful; the mansion flashing before your eyes makes the one in “The Conjuring” look like the Three Bears’ cottage. Lapena’s book has dark moments (“He’s been viciously stabbed many, many times, his fleshy throat slit”), but her dedication sounds a positive note: “To the heroes of the pandemic — the scientists, the medical personnel, the frontline workers everywhere — thank you.”

LISTEN UP Take a look at the audio best-seller list and you’ll notice an interesting split: 11 of 15 nonfiction titles are read at least in part by their authors, while all the books on the fiction side are narrated by professionals, some of whom have loyal followings of their own. In a Times Magazine profile of Edoardo Ballerini, who lends his voice to Daniel Silva’s “The Cellist,” currently at No. 7, Susan Dominus wrote, “Some listeners will buy whatever he narrates, which might help explain why a collection of Albert Camus essays from the mid-20th century suddenly found itself on the audiobook best-seller list last year.” This month, four of 15 novels on the audio fiction list are narrated (partly or fully) by Julia Whelan, author of “My Oxford Year.”

UNSEASONABLE As if it’s not stress-inducing enough to see school supplies supplanting sunscreen in the grocery store, forward-looking young readers have driven a Halloween book onto the picture book list. Currently at No. 10, Jory John’s “The Bad Seed Presents: The Good, the Bad, and the Spooky” features a grumpy sunflower seed (illustrated by Pete Oswald) whose costume insecurity prompts him to convince his compatriots that Halloween has been postponed. How can a lowly striped kernel compete with a peanut dressed as a cowboy, complete with jaunty bandanna? Or a cashew in alligator’s clothing? The market has spoken: These questions are on the horizon.