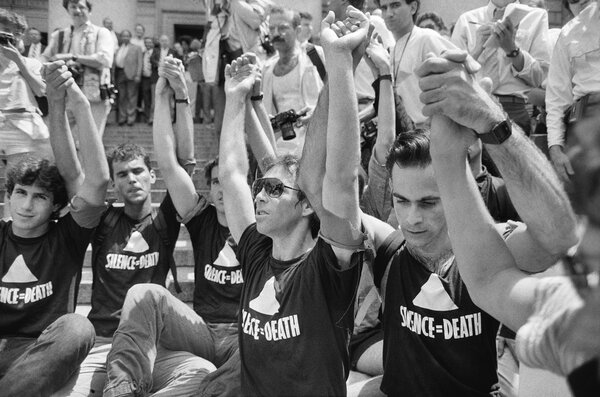 LET THE RECORD SHOW
A Political History of ACT UP New York, 1987-1993
By Sarah Schulman

Nearly every Monday night from 1987 to 1992, hundreds of people met on West 13th Street in New York City to plan and execute the fight of their lives. Among them was the author Sarah Schulman, whose new history of ACT UP — the AIDS Coalition to Unleash Power — is based not only on her own involvement in the movement but on 17 years of interviews she and her collaborator, the filmmaker Jim Hubbard, conducted with 188 members of the group. The resulting book, “Let the Record Show,” is a masterpiece tome: part sociology, part oral history, part memoir, part call to arms.