Chris McCormick’s new novel, “The Gimmicks,” contains what might seem like a few gimmicks of its own, including forays into the worlds of competitive backgammon and professional wrestling. But those subcultures, emphasized in the book’s eye-catching cover design and promotional copy, are not what fuel it. It’s really about history — personal and collective — and it’s rooted in horrors from more than a century ago that are still making news today.

McCormick’s novel begins in the early 1970s, nearly 60 years after the Armenian genocide conducted by the Ottoman Empire, during which one and a half million Armenians were killed. Ruben Petrosian is a teenager living in Soviet Armenia who is obsessed with the fact that Turkey has not yet acknowledged or apologized for the crimes.

“Alliances with Turkey were growing around the world, not shrinking,” McCormick writes, “and even sympathetic governments were willing to ignore its denial for the right price.” (Earlier this month, the United States Senate voted unanimously to officially acknowledge the genocide as such. The Trump administration balked, calling the crimes “mass atrocities” as opposed to orchestrated genocide.)

Ruben is a promising backgammon player — but not as promising as his friend and rival Mina. She finds Ruben dour, and his fixation on the Turks and history boring. (“I was going to say male,” she declares, “but boring works, too.”) She compares constant focus on the past to lemon trees: “Imagine if they never dropped the dead lemons from last year, or the year before that. Just went on carrying all their old shriveled lemons until the branches sagged so low that no new fruit could grow.”

After an orphan named Avo Gregoryan arrives to live with Ruben and his family, the two boys come to think of themselves as brothers, though they are really cousins of cousins. Ruben is scowling and bespectacled, with “the look of an old man cursed to live in a child’s body.” Avo, 6-foot-6, is “an enormous but entirely sweet-hearted boy.”

When Mina is chosen to compete at a backgammon tournament in Paris, Ruben schemes to be sent in her place, seeing the trip as a chance to escape his country and expand the scope of his political activities. “We’re better than hurting a girl, yes,” Ruben tells Avo while they conspire against Mina, “but we’re also better than spending our lives in a drunken village in the corner of a dying empire, aren’t we?” 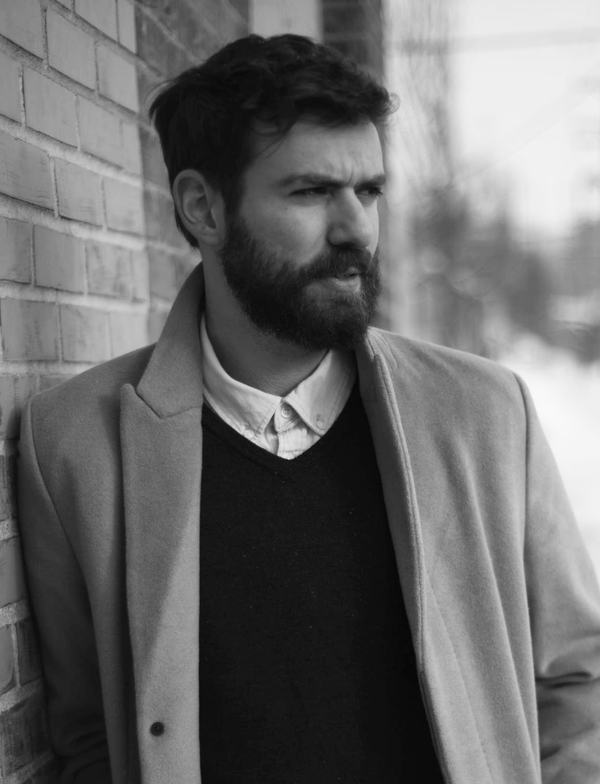 From afar, Ruben convinces Avo, then 19, to move to Los Angeles and join members of the Armenian Secret Army for the Liberation of Armenia (Asala), a group intent on securing “global acknowledgment, apologies and reparations” for the genocide. The operatives in California make plans for an airport bombing and the assassination of a genocide-denying professor. But Avo’s heart is not in it. Ruben’s fervor never catches in his gentler cousin, who daydreams about returning to Armenia and Mina.

Instead, Avo is recruited to become a wrestler (named The Brow Beater, for his prominent unibrow) by Terry “Angel Hair” Krill, a washed-up manager who narrates sections of the novel set in the late 1980s.

A thumbnail sketch inevitably makes this novel sound overcrowded and jumbled, but McCormick keeps things admirably nimble, moving the stories forward while shuttling back and forth through time and across perspectives. Raised in California and Armenian on his mother’s side, he leans on real history, like Asala and its tactics, for his novel’s bones.

At a time when plot and contrivance in literary fiction are not the most fashionable things, McCormick, in his early 30s, proves adept at old-fashioned skills that one hopes will never go entirely unpracticed. With a minimum amount of soapiness, he keeps the pages turning on his love triangles and nostalgic wrestlers and brothers at peace and war. And he allows his larger themes to resonate without pushing them on us too hard.

One of those themes is the tides of history, and whether one can ever really decide to avoid them. “I want no trouble. I only want to be provincial,” Mina writes at one point in a journal, willing herself to believe that “the past is the past is the past.” Others include the line between justice and petty vengeance, in matters both large and small; the power (or lack thereof) in apologies; and the appeals and hazards of “pretending so well that we forgot we were pretending.”

McCormick only loses his footing on occasion. Avo speaks some jarringly (for him) profound and “written” observations, like this one about America: “Everything that makes sense in that country is terrible, and everything that’s nonsense has a kind of grace to it.” And Ruben is not quite as vivid on the page as his cousin — his fundamentalism is believable up to a point, but not conveyed with quite enough psychological detail to sell his most brutal decisions.

The novel draws to a close around one last devastating event from history, the 1988 earthquake in Armenia that killed tens of thousands. “We lost everything,” Mina says of relocating to America after the disaster. “We’re being careful not to lose anything else in the moving, you understand?”

The Beatles: Can YOU guess which George Harrison song was a John Lennon favourite?

Taylor Swift Achieves Her Seventh No. 1 Album on Billboard 200 Chart with Folklore
Celebrities