It’s been apparent since his first book, “Esther Stories” (2001), that Peter Orner was a major talent.

He’s a writer’s writer. He’s been compared, with cause, to short-story eminences ranging from Alice Munro to Raymond Carver to Denis Johnson. Orner writes frequently about blue-collar men and women and lives that didn’t quite pan out.

His people stand around in motel parking lots. They crash in cheap rental units. His exacting prose casts an elegiac and autumnal glow.

You know from the second you pick him up that he’s the real deal. His sentences are lit from below, like a swimming pool, with a kind of resonant yearning that’s impossible to fake.

Who is Orner, really? Just when you think you know him, across his two novels and three books of stories (along with a memoir in essays), there’s this other thing he does, a rat-a-tat thing.

I’m not suggesting Orner has an identity crisis. He may have a public-relations one. With his plain name and anodyne book titles (one of his novels is “Love and Shame and Love”) he’s hard to hold in your memory the way his work deserves.

He has that gift (Keats saw it in Shakespeare) of “negative capability” — in part that passive yet electric ability to submerge himself in the thoughts and emotions of a wide range of humans. He can seem to recede while he’s pushing forward.

Orner is aware, it seems, that he’s a hard sell. In one story in his excellent new book, “Maggie Brown & Others,” he comes close to breaking the fourth wall.

He has a character, a struggling writer, draft a letter to his publisher — it happens to be Orner’s publisher, too — that reads in part: “I’ve seen the numbers on my story collections and they aren’t pretty; I know I’m basically a charity case.”

One way to get a handle on Orner is to observe that he writes short. His stories tend to be three or four pages, gone in the blink of an eye, though some are longer. In his novels, he keeps the chapters clipped tight, too. Rarely are these chapters more than a few hundred words. Wham, bam, thank you, ma’am. Here’s your hat, what’s your hurry?

Reading him I recalled Clive James’s crack that some literary magazines fetishize brief stories, “as if written specifically for people who are bright but tired.”

The stories in “Maggie Brown & Others,” too, are mostly just a few pages long. They’re piers rather than bridges. 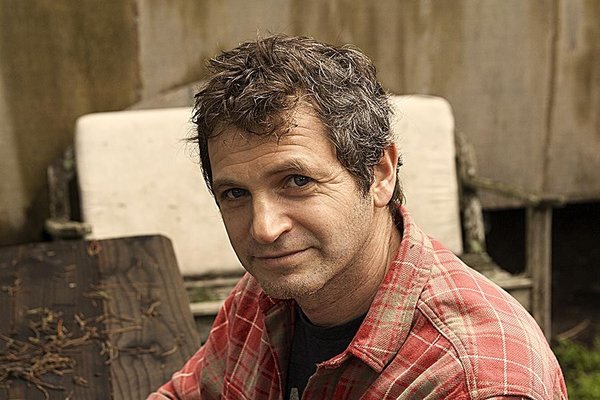 An upside to this brevity: Your mind is given a lot of pit stops, so you can recharge and load up on snacks for the next stretch of asphalt. A downside: Orner’s stories flick by awfully quickly. You can feel you’re flipping through boxes of vintage postcards. Your eyes can glaze.

Orner gets to come up with a lot of titles. One in his new book is “Uncle Norm Reads Spinoza as His Cookie Business Collapses Due to the Rise in Sugar Prices in the Dominican Republic.”

Another, an especially beautiful story, is titled “Ineffectual Tribute to Len.” Let’s talk about Len for a moment, because he is, to borrow the title of a Pogues song, a man you don’t meet every day.

Len has recently died, and the narrator hopes to write a book about him. “He’d been my boss at a summer camp,” the narrator says, and he was “one of the first people to notice something, anything, in me.”

Len is full of offbeat lessons about things like gambling. We read: “It’s from Len that I picked up the habit of taking one look at someone and trying to imagine the worst thing that’s ever happened to them.”

There’s a suite of stories in “Maggie Brown & Others” set in California. Another cluster of stories is titled “Renters: A Sequence.” There are divorces, estranged siblings, a lot of missing fathers.

Cancer and other illnesses present themselves. These things are how a writer, like God, turns the heat up fast. During an Orner sex scene, one partner might ask another for a Tums.

Happily, a few of these stories pick up on the life of Walt Kaplan and his wife, Sarah, and their family and friends. Walt is a small-town furniture dealer and bookish dreamer who’s been a regular presence in Orner’s work since the beginning.

Walt died in Orner’s first book, but so what? This writer’s stories jump around in time, and it’s always good to have Walt back again.

Orner can do anything, so he tries to do everything. There’s never a sense that he is flailing. His sentences run clear and true. He’s not the sort of writer who, in a gun battle, would be saved by the bullet that strikes his thesaurus.

One story here begins: “Gina Aiello and Danny Fishbein going at it in my mother’s bed — Italians and Jews unite! All roads lead to Rome! Next year in Jerusalem!”

The high spirits arrive with shadows. As if he’s talking about his own art, Orner writes about a shellfish dinner: “Only human beings could make a party out of boiling a few fellow creatures alive and then cracking their backs open.”