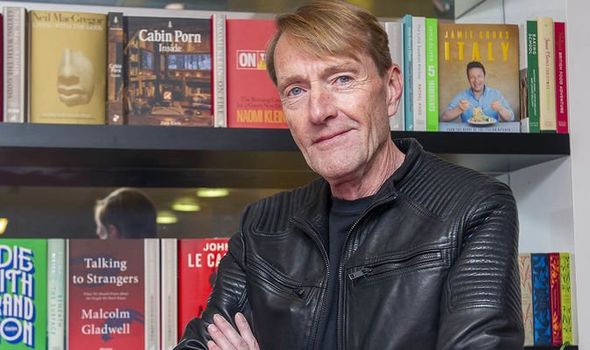 Even after having sold hundreds of millions of copies of his thoroughly American Jack Reacher thrillers, the proud-to-be British author has self-deprecation built in. “If anyone from the Midlands is asked, ‘Do you want a biography?’, the answer is 100 percent no, because otherwise you sound pretentious. And if somebody compliments you, you look a bit awkward and shuffle off.” Lee was born James Dover Grant in Coventry in 1954, but brought up in Birmingham from the age of four.

He is a man defined by his origins – “blessed or cursed”, in the words of a song he wrote in 2018 with Baltimore band Naked Blue.

No matter that he now has homes around the globe, he’s still a Birmingham boy at heart.

From the beginning, he was driven by an obsessive desire to escape his Midlands roots.

He felt trapped and stifled by grey post-war Britain.

Life was pinched and austere.

There was no money to spare and nothing but mediocrity in his future.

His parents were repressed and unloving, and even while understanding their outlook – the war had been fought and won and they were all lucky to be alive – he chafed against their small dreams and narrow horizons.

He was scrapping with local children as far back as he can remember, carried a knife from the age of eight, started smoking at 10, got into marijuana at 14 and was, in his own words, “a terrible shoplifter”.

There was a saving grace though.

He was a bright boy whose parents knew the value of a good education.

From Cherry Orchard Primary in Handsworth Wood he qualified for entry to King Edward’s in Edgbaston.

He was a mediocre pupil and never felt like he belonged – and still sewed double-edged razor blades into the lapels of his fancy blazer to stop anyone grabbing them to headbutt him – but intellectually and creatively, he thrived.

He graduated at a time of free university education and full employment, was offered the first three jobs he applied for and spent 18 years in a well-paid technical role as presentation director at Manchester’s Granada Television.

The great escape had begun but the seeds were sown long before.

They started in the library.

Aged four, he read a book showing a blond boy looking out the window of a Manhattan skyscraper at the Empire State Building, with the city lit up like Christmas around it.

It was an out-of-body experience – that little boy was him, and that city where he belonged.

After books came musical theatre, then Aston Villa and the Beatles.

He was okay at football, couldn’t act and was rubbish at music, but knew in his heart that one day he’d go into the entertainment business.

In the end it was Jack Reacher – an ex-military policeman, a lone knight, who travels the US avenging wrongdoing – who saved him.

His creation allowed Jim Grant to escape through fantasy – not least by reinventing himself as Lee Child.

After years of hard graft, success allowed him to escape for real.

Having been made redundant from Granada he left cosy, picture-book Kirkby Lonsdale for upstate New York, exchanging the old world for the new, and the narrow horizons for wide open spaces.

He now owns a ranch (and a plane wreck) in wild, beautiful Wyoming.

But take a closer look and you find that Reacher is all about Lee’s origins.

Jim Grant came of age in the 1970s, when any affection for military culture was taboo.

Late in life Rex told his son he’d gone to war to avenge his own war hero father.

There was no war for Grant to fight, but there was still lots of injustice, so he created Reacher.

He sees as a Grant in turn was avenging maternal grandfather Harry Scrafton.

Jim’s favourite relative had trained as a naval draughtsman in South Shields, landing his dream job in a shipyard in 1929 only to lose it during the Great Depression, after which he spent five years digging ditches while awaiting an opening in the Post Office Telephones drawing office.

“I remember hearing about this crash on Wall Street that took away all the folks’ money,” muses the barber in draft one of Lee Child’s first novel, Killing Floor.

Once, looking at his manicured hands, Lee announced: “I keep my fingernails long to show I’ve got out of manual labour.”

Lee’s outlook was formed by industrial cities – Coventry, Birmingham, Sheffield – that instilled in him a lack of pretension and a meticulous attention to detail.

He has a passion for fine metalwork and sees himself as a skilled craftsman whose job is to turn out books as finely tuned as watches and cars.

He calls his readers customers and himself not an author, but a book writer.

Each year for 24 years, without fanfare, he has crafted a book, an honest product that makes no inflated claims but works exactly as it should, welcoming decent reviews as is his due, like a guy who lays on good service in a restaurant.

“You can leave the Army, but the Army doesn’t leave you,” Reacher himself craftsman’ says, in Personal (novel number 19). “Not always. Not completely.”

The same is true for Lee Child.

You can take the boy out of Birmingham, but you can’t take Birmingham out of the boy.

• The Reacher Guy: The Authorised Biography of Lee Child (Constable, £20) is out now. For free UK delivery, call Express Bookshop (01872 562310) or visit expressbookshop.co.uk.