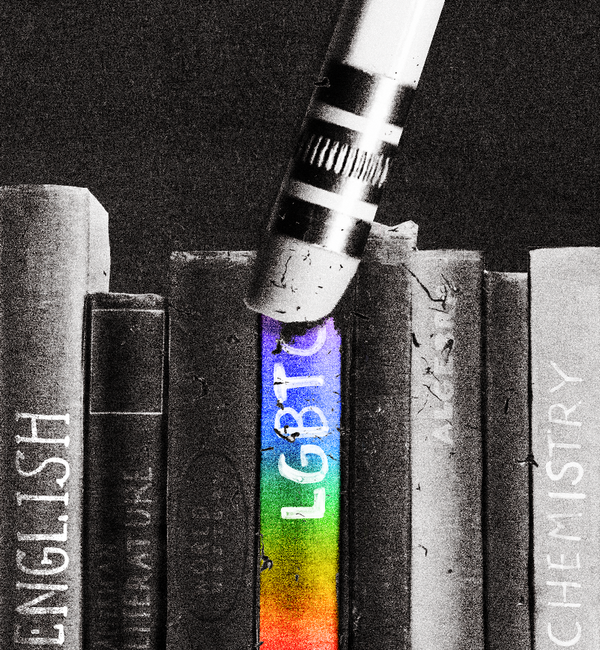 Andrew Solomon, a professor of clinical psychology at Columbia and a lecturer in psychiatry at Yale, is the author of “The Noonday Demon” and “Far From the Tree.”

On Oct. 25, the Texas state representative Matt Krause sent notice to the Texas Education Agency that he was initiating an inquiry into “school district content.” He appended a list of about 850 books and asked each district to indicate how many copies of each book it had, where in the school those copies were located and how much the district had paid for them.

Quoting Texas law, the letter stated that the state’s Committee on General Investigating, which Krause chairs, may undertake inquiries “concerning any ‘matter the committee considers necessary for the information of the Legislature or for the welfare and protection of state citizens.’” Most of the books on the list deal with race, sexual orientation, abortion or gender identity. Krause is one of several candidates hoping to unseat the incumbent Republican attorney general, and this bit of extremist theater is a maneuver to raise his profile among the ardent Trumpists and social conservatives likely to be G.O.P. primary voters.

My 2012 book “Far From the Tree: Parents, Children, and the Search for Identity” was on Krause’s list. Finding my work thus blacklisted disturbingly evoked a childhood during which I was shunned and abused for being gay, in which I felt ashamed, defenseless, sad and epically vulnerable. I had written my book to help people, and now it was being held up as derelict and unpatriotic. The story of my life as a gay person — which had been elevated (along with those of many others) by the 2015 Obergefell decision that legalized gay marriage nationally — was relegated anew to a margin I thought I had finally escaped. Could my book’s additional demonstration of familial compassion for transgender children injure the society within which I had long fought to be recognized and accepted?

I have had my work censored before, but never in the United States. My Chinese publishers censored two of my books — “Far From the Tree” and “The Noonday Demon: An Atlas of Depression” — without informing me, despite being contractually required to reveal any editorial changes. They deleted references to the pro-democracy demonstrations of 1989 in Tiananmen Square, as well as every reference to my being gay. The publishers had simply assumed I wouldn’t find out.