THE DISHWASHER, by Stéphane Larue. Translated by Pablo Strauss. (Biblioasis, paper, $16.95.) Set in the kitchen of a high-end Montreal restaurant, this vivid and moving debut novel tracks the fortunes of a gambling-addicted heavy metal fan who works washing dishes.

OUT OF ITALY, by Fernand Braudel. Translated by Sian Reynolds. (Europa, paper, $17.) Braudel, a noted French historian, here casts his eye on the city-states of 15th-century Italy to make the case for their influence and continuing relevance to European culture.

THE PROMISE: Love and Loss in Modern China, by Xinran. Translated by William Spence. (I.B. Tauris, $27.) Reporting on four generations of one Chinese family and their diverging paths, Xinran shows how the country’s social norms have changed through politics and the rise of modernity.

CHINA AND JAPAN: Facing History, by Ezra F. Vogel. (Belknap/Harvard University, $39.95.) For 1,500 years, China and Japan have taken turns as the major Asian power players, shaping each other’s destinies even as they’re often at odds. Vogel traces the nuances.

THE HOTEL NEVERSINK, by Adam O’Fallon Price. (Tin House, paper, $15.95.) A luxurious Catskills resort is haunted for years by a killer in this warmhearted epic about the family of Jewish immigrants that owns the hotel. 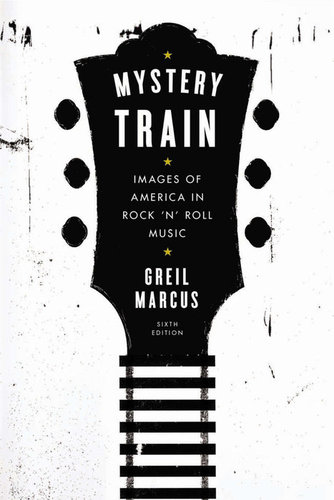 Greil Marcus’s MYSTERY TRAIN was first published in 1975, when I was 2. His tinkering has kept it relevant through six editions, but his writing and ideas have rendered it ageless. I’ve been reading it for years; when I lent it to a friend I missed it so much I bought a second copy. “Mystery Train” is more than rock criticism. It explores the meaning of America through rock ’n’ roll. The chapter on Robert Johnson opens with the end of “The Great Gatsby.” Woodrow Wilson and D. H. Lawrence turn up in the Elvis section. A moment on the Band’s debut album inspires this: “You couldn’t ask for a more perfect statement of the conviction that America is blessed, or of the lingering suspicion that it is cursed.” The Marcus worldview — the notion that pop culture matters as much as history and literature — is perfectly distilled in the prologue, where he connects the immortal sweep of art to Little Richard.