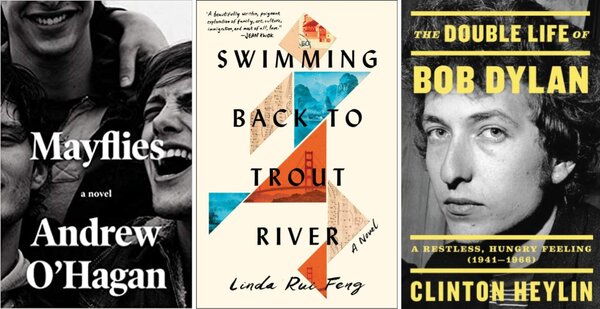 THE DOUBLE LIFE OF BOB DYLAN: A Restless, Hungry Feeling (1941-1966), by Clinton Heylin. (Little, Brown, $30.) Heylin, the author of “Bob Dylan: Behind the Shades,” revisits his subject’s early years with access to newly archived material.

MAYFLIES, by Andrew O’Hagan. (McClelland & Stewart, $22.95.) This tender, heartfelt novel centers on the friendship among a group of young Scottish men obsessed with music and movies in the 1980s, recalled from the vantage of three decades later when one learns he’s dying of cancer.

SWIMMING BACK TO TROUT RIVER, by Linda Rui Feng. (Simon & Schuster, $26.) With lean prose and assured storytelling, this debut novel describes a family fractured by geography, ambition and the ripple effects of China’s tumultuous 20th-century history.

MY REMARKABLE JOURNEY: A Memoir, by Katherine Johnson with Joylette Hylick and Katherine Moore. (Amistad, $25.99.) Johnson, the celebrated mathematician who died last year at 101, charts her pioneering path to NASA. 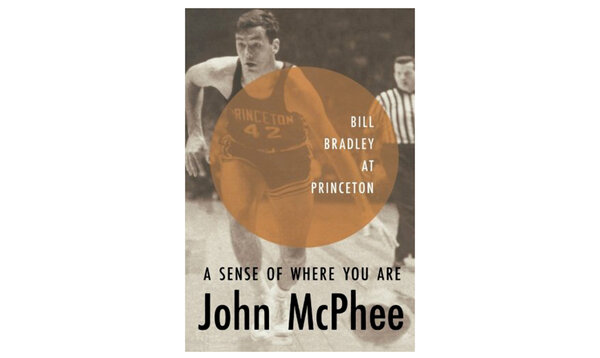 I’ve never been much of a ballplayer, so I marvel at athletes who make eye-popping physical feats seem mundane. A SENSE OF WHERE YOU ARE, John McPhee’s 1965 profile of the then-Princeton basketball star Bill Bradley vying for a championship, details the self-discipline necessary to become great even when endowed with natural gifts. There’s the indelible image of Bradley practicing for hours in the gym alone, while wearing eyeglasses with cardboard affixed to the bottom so he couldn’t see his own dribble. Bradley’s creed was that when you don’t practice, “someone somewhere is practicing, and when you meet him he will win.” There’s a certain pleasure in hindsight — driven by McPhee’s simple and efficient prose — observing the 21-year-old Bradley as he was, years before he would go on to become a basketball Hall of Famer, U.S. senator and serious presidential contender.