READY PLAYER TWO, by Ernest Cline. (Ballantine, $28.99.) The sequel to “Ready Player One” (which was adapted for film by Steven Spielberg) picks up just days following Wade Watts’s triumph in the OASIS founder James Halliday’s contest.

THE WONDER BOY OF WHISTLE STOP, by Fannie Flagg. (Random House, $28.) Flagg revisits the small Alabama town at the heart of her 1987 novel “Fried Green Tomatoes at the Whistle Stop Cafe,” as the cafe owner’s son — now in his 80s and living in Atlanta — returns to discover old secrets.

HOW DID I GET HERE? A Memoir, by Bruce McCall. (Blue Rider, $27.) The writer and illustrator looks back on a career that took him from advertising to comedy writing for National Lampoon and “Saturday Night Live” to his current work for The New Yorker and other magazines.

COLD MOON: On Life, Love, and Responsibility, by Roger Rosenblatt. (Turtle Point, $15.95.) Now 80, the essayist and memoirist sums up his three core beliefs: Appreciate life, love others and accept responsibility for one another. 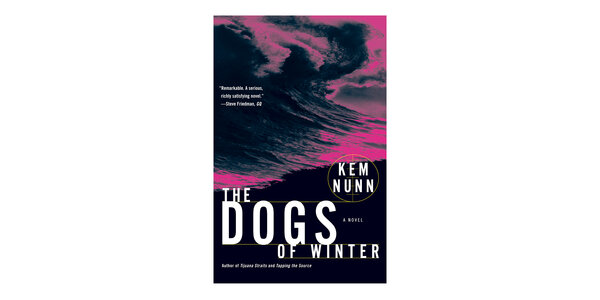 I’m the slowest book reader I know, which means that when I commit, it’s a monthslong affair. (If I could get behind the word “curate,” I would say I curate my reading.) The best thing I’ve read recently is THE DOGS OF WINTER, by Kem Nunn. It’s about a legendary, hermetic surfer and the photojournalist who follows him to a mythical spot in California. They barrel along in a van, hike down cliffs, cross gangsters and suffer the consequences of trespassing against people and nature. There is no shortage of violence, depictions at once nonchalant and operatic — a weird, riveting combination. For a novel about surfing, the gnomic pronouncements on waves are kept to a minimum: just enough to confirm that surfers love the ocean the way others are in thrall to men and women, finding elusive moments of perfection, endless heartbreak and the stubborn hope that a single ride can change your life.