ONCE UPON A TIME IN HOLLYWOOD, by Quentin Tarantino. (Harper Perennial/HarperCollins, paper, $9.99.) Tarantino’s first novel is based on his Oscar-winning 2019 film, with some notable departures; think of it as the director’s cut novelization.

AWAKENING: #MeToo and the Global Fight for Women’s Rights, by Rachel Vogelstein and Meighan Stone. (PublicAffairs, $28.) The authors, both senior fellows at the Council on Foreign Relations, offer case studies from around the world to show how #MeToo is making gains for women’s rights.

FUTURE FEELING, by Joss Lake. (Soft Skull, paper, $16.95.) Set in a klieg-lit technicolor near-future, Lake’s antic debut novel tells the story of two trans men who have to rescue a third from an emotional purgatory called the Shadowlands, where he was banished after a hex went astray.

ENCIRCLING 3: Aftermath, by Carl Frode Tiller. Translated by Barbara Haveland. (Graywolf, paper, $20.) Tiller’s trilogy of novels about a Norwegian writer with amnesia ends with this autopsy of class anxiety and artistic duty. 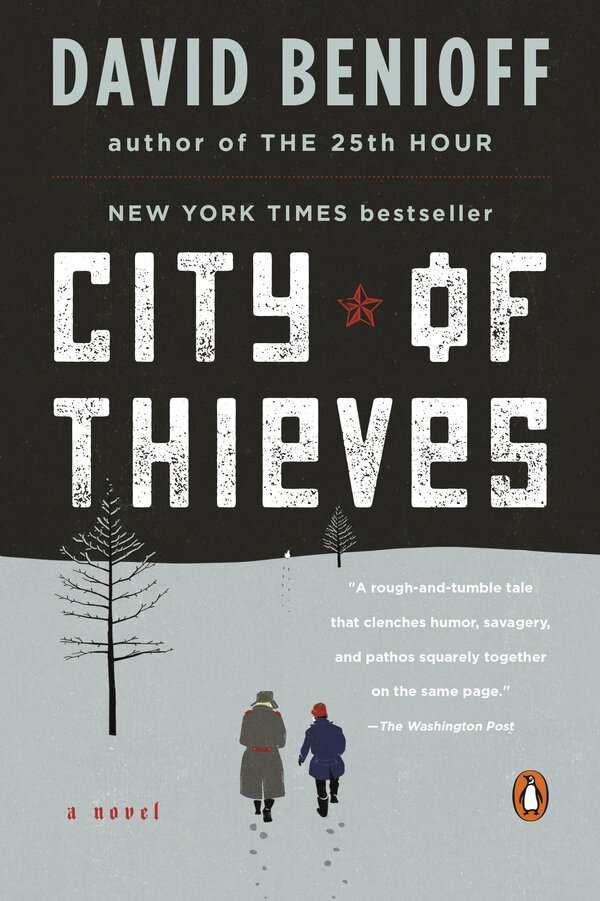 The bone-freezing Russian winter evoked in David Benioff’s CITY OF THIEVES was enough to give me chills. And some of the scenes, including one in which cannibals attempt to feast on our heroes, made my blood run cold. I read the novel under the summer sun and still got the shivers. Set during the German siege of Leningrad in World War II, the story follows two young Russians on a perilous, absurd mission. Benioff (a co-creator of HBO’s “Game of Thrones”) peppers his swift-moving plot with pitch-dark humor and unexpected turns. It’s a rousing reading experience, to cackle aloud at one paragraph then gasp at the next. A friend had urged me for years to read “Thieves”; she knew I’d loved Laurent Binet’s “HHhH,” another electrifying World War II story. I’m glad I waited until warm weather to start this winter’s tale. But really, any other time would have been just fine. There’s no bad season to read a book this good.