Oh we DO like to paddle in a rock pool: An extraordinary new nature book explores the hidden creatures across Britain’s coastline

Barnacles live their entire lives cemented to a rock — so how do they reproduce? Answer: a barnacle has an enormously long penis.

In fact, if we chaps were proportioned like barnacles, we would sport penises some 48 ft in length. Quite a thought.

This generosity of nature means that a barnacle can reach out with his magnificent appendage and fertilise a female barnacle some distance away.

But it gets more complicated, because in fact most barnacles are hermaphrodites, and so his intended might simultaneously be reaching out with her own . . . It’s a dating nightmare. 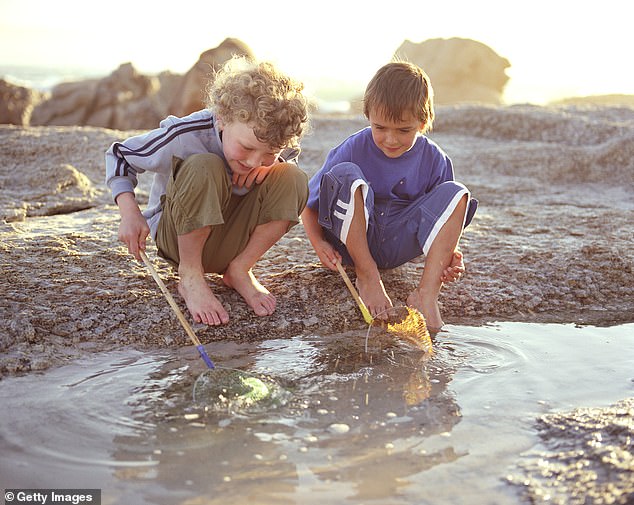 Heather Buttivant deservedly won the BBC Wildlife Blog of the Year Award in 2017 for her delightful cornishrockpools.com, a beautifully designed website and guide to all that is best around Cornwall’s magnificent, teeming coast. Now she has written a book to explain her passion — or her addiction, as she happily calls it — further.

Since her childhood she’s been captivated by the strange, hidden life of our rockpools but, unlike so many of us growing into adulthood and responsibility and sheer busyness, she has remained devoted to her hobby while still following a career (civil servant, environmentalist) and raising a family. It’s a fabulous testament to the power of retaining a sense of childlike wonder and curiosity about the world.

It’s often said that we know more about the moon than we do about the ancient life-forms in our seas — which are far older than we Johnny-come-lately land animals. There are plenty of creatures living in our native British rockpools about which there are more questions than answers, and every new discovery seems to throw up a whole new world of puzzles.

The book introduces us to 24 of her favourite creatures, arranged by upper, middle and lower intertidal zones, so you could use the book as a handy on-site guide.

In the Upper Zone, you can hardly miss the limpets on the rocks — yet I had no idea that, after dark, ‘if you put your ear close to the rocks you can hear the crackles of limpets feeding’. You can also hear them rasping away at the rock surface with the incredibly sharp and powerful ‘foot’ under their shells, to create a tight and comfortable fit.

Anemones are always of special fascination to children: these purplish blobs that suddenly come alive and wrap your finger in their tentacles. The tiny harpoons on the end aren’t usually strong enough to affect human skin, she advises, but they can leave a toxin on your fingers, so don’t rub your eyes afterwards.

Like many simple creatures, they have only one orifice — so ‘the anemone’s mouth is also its anus’. (We will refrain from making a vulgar joke here about how some politicians appear to have the same arrangement.) 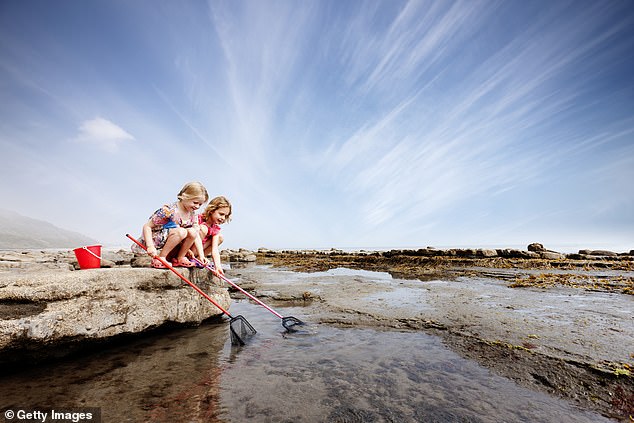 Heather’s book uncovers the strangest life forms in the Lower Zone of rockpools, including armies of spider crabs and snails (stock image)

In the Middle Zone are starfish, which can grow a new limb if they lose one. There’s a Hawaiian species of starfish that can shed an entire limb, only for it to grow into a complete new starfish. ‘These incredible powers of regeneration are of interest to medical scientists,’ not surprisingly.

Slightly more alarmingly, the starfish eats by extruding its stomach out of its mouth to envelop its prey and digest it, before sucking it all back in again. Nature is always pretty amazing but, it must be said, not always beautiful.

The feeding habits of the dog whelk are no better: it clamps on to its prey, drills a hole through the shell with a kind of high-powered bio-drill, squirts in a load of digestive juices that essentially turn its victim into a soupy pulp — though this may take hours — and then sucks up the lot through its proboscis as if it were a highly nutritious shellfish smoothie.

Furthest distance in miles that any Briton lives from the sea

In the Lower Zone — the Gateway To The Deep, as Buttivant enticingly calls it — we encounter the richest and strangest life forms of all.

‘Armies of huge, well-armoured spider crabs come and go, grazing herds of sea-hares and snails surge through the great forests of multicoloured seaweeds, balling shoals of young pilchards and herring are chased to the water’s edge by hungry mackerel, making the seas boil and tremble . . . ’ It’s a world of sea cucumbers and sun stars and fish that build nests and humble sea squirts.

And it’s precisely because we are all so related that, if we poison the sea, we poison ourselves too. 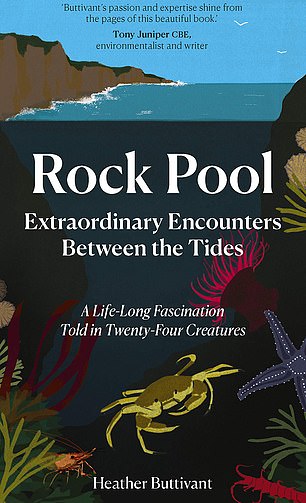 It’s shocking that one in ten children in the UK has never been to the seaside, says Buttivant. This is often blamed on deprivation, but just as often seems to be parental indolence, since plenty of these children live within walking distance of the coast.

Yet it’s in a childlike sense of wonder, later maturing into a profound adult respect for the natural world, that any hope lies.

The author cannot avoid touching on the damage done to our environment with plastics, pollutants and overfishing, reminding us that we have barely begun to make the changes needed to pass on a decent and habitable world to future generations. Supermarkets dropping plastic bags in favour of good old-fashioned brown paper bags would be a start.

But this remains at heart an utterly joyous book, a celebration of our incomparable 11,000 miles of British coastline — or 19,000 miles if you include the larger islands. That’s about the distance from London to Australia and back again — so there’s quite a lot of coastline to explore out there.

Rock Pool is perfectly timed for the start of the buckets ’n’ spades season of beach holidays and summer sunshine. And it’s an eye-opening delight from start to finish.