UNDER THE WAVE AT WAIMEA
By Paul Theroux

“Talk of books, here especially, seemed irrelevant,” Paul Theroux writes in “Under the Wave at Waimea,” his latest novel. “What was the point of mentioning these inert objects while on the beach, facing the moonlit sea flickering with chop and now and then a wave bursting in blackness offshore and crusted in white; these palms, this mild air and moonglow — it was all beyond books. People who did not have this beauty in their lives found some strange squirrelly indoor comfort in books.”

Even his creator talks over poor Sharkey’s head. “It was as if in surfing he was carving his name in water,” Theroux tells us. Sharkey, a fading local celebrity on the North Shore of Oahu, may not know Keats’s self-composed, self-pitying epitaph — “Here lies one whose name was writ in water” — but we do, don’t we? And in case we missed it the first time, here it comes again, 100 or so pages later: “Sharkey surfed every day … swiveling on the face of a wave as though carving his signature on it, writing on water.” 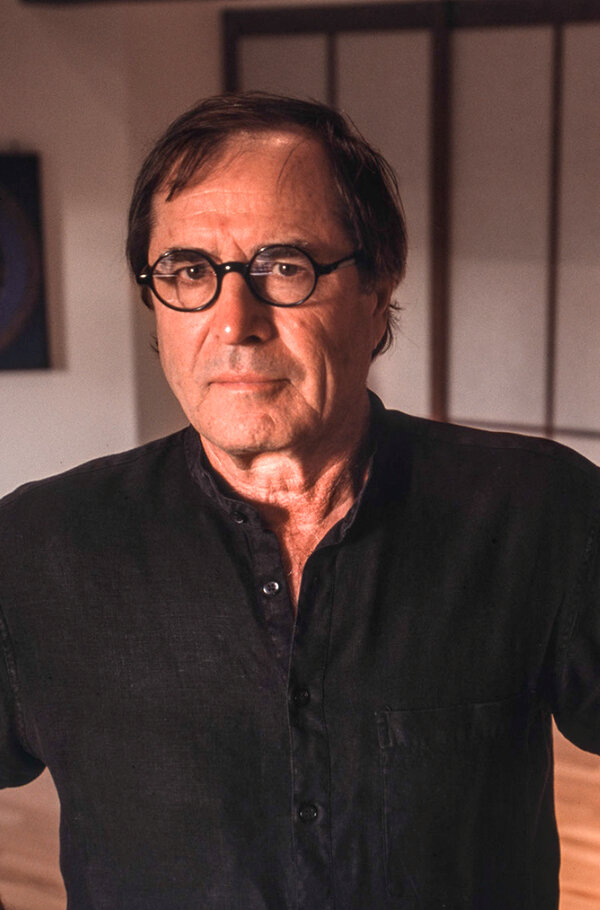 [ Read an exerpt from “Under the Wave at Waimea.” ]

Housman’s “To an Athlete Dying Young” ruefully ironizes over a lad clever enough to “slip betimes away / From fields where glory does not stay.” Novelists, though, get more mileage out of superannuated jocks — Updike’s Rabbit Angstrom, Malamud’s Roy Hobbs, Philip Roth’s Swede Levov, Leonard Gardner’s Billy Tully — who, like Sharkey, don’t share their creators’ erudition. Such protagonists, of course, appeal particularly to male writers; Theroux suggested why in a 1983 essay that amounts to a cry of pain, finding “the quest for manliness essentially right wing, puritanical, cowardly, neurotic and fueled largely by a fear of women. It is also certainly philistine. There is no book hater like a Little League coach. … For many years I found it impossible to admit to myself that I wanted to be a writer … because being a writer was incompatible with being a man.”

But this novel’s bibliophobic hero isn’t simply a nerd’s revenge on lunkheads who got chosen for the starting lineup. As a failing high school student, Sharkey already knew his calling, which he, like Theroux, found impossible to admit: “To say, ‘I’m going to be a big-wave surfer’ was preposterous, something like saying, ‘I’m going to write a book.’” That clunk you just heard was a broad hint being dropped: Sharkey turns out to be another of Theroux’s alter egos, like Andy Parent in “My Secret History” (1989), Jay Justus in “Mother Land” (2017) or the fictive Paul Theroux in “My Other Life” (1996). Those three are writers; Sharkey is so loudly not a writer that it gives the game away.

When it comes to living the unexamined life, this surfing slacker would give even Tolstoy’s Ivan Ilyich a run for his money. “It had been a good day,” Theroux writes, early in the book. “He’d seen whales and had an inkling of their long eerie calls from underwater. He’d spotted a green sea turtle. He’d surfed a monster wave at Waimea. He’d bought and seared an ahi steak. He’d drunk a beer by the light of a dazzling sunset. … He’d spent many days like this. He hoped for more.” Such days, however, are presumably more edifying to experience than to hear about, and Sharkey’s current, much younger girlfriend, Olive, seems bored. “You’re a 62-year-old man,” she tells him. “You’re selfish, narcissistic and ungrateful. You’ve spent your whole life doing whatever the bloody hell you’ve wanted to. … You’ve had every advantage and you’re still a misanthrope — and for your information, that’s someone who hates people.”

Olive sticks with him in part because he’s “too self-absorbed … to be possessive,” and in part because he’s still a stud — or, as Theroux would have it, “in their delirium their bodies were phosphorescent, lit with desire.” But mostly she’s there because Sharkey’s too inert to move the plot himself. Early in the novel, he drives impaired and kills “a drunk homeless guy” who’s riding a bicycle; Olive shames him into curing his heartless self-absorption by learning who this cipher really was. Wait — hadn’t she considered self-absorption one of Sharkey’s selling points? Oh, well.

“Under the Wave at Waimea” is Theroux’s 28th novel — he’s also written 21 nonfiction and travel books and seven collections of stories — so he doesn’t need anybody to tell him his business. But didn’t he notice that after Part 1 (in which Sharkey hits the homeless man and goes into a funk while Olive has a setback of her own) the book loses both tension and forward motion? Part 2 backtracks into Sharkey’s childhood and earlier life for 177 episodic pages, apparently to account for why he cares only about surfing; we’d have been willing to take his blankness as a given, assume he’d been wounded and get on with the story.

Part 3 finally returns to the present narrative, which amounts to Sharkey and Olive examining documents and talking to people. It won’t give away any details to report that they succeed in learning the homeless man’s name and his back story — and that the gumshoe work somehow heals our hero’s heartlessness: “‘Yes, I know him now,’ Sharkey said in a tearful whisper. ‘I’m so sorry he’s gone.’” It would be a turnaround worthy of Ebenezer Scrooge — if the pre-conversion Sharkey weren’t a dullard compared to that shrewd comic gargoyle.

Much of the novel’s energy comes not from Sharkey, or from the improbably stalwart Olive, but from Theroux’s alter ego’s alter ego: the real-life writer Hunter S. Thompson, whom Theroux knew personally and who gets a star turn here under his own name. Theroux has gotten grief for his portrayals of real people in his fiction — from his ex-wife to Queen Elizabeth II — but how could it slander Thompson to show him merely drinking, ranting and snorting coke? The fictional Thompson proposes that he and Sharkey teach a course together, on the dubious grounds that “writing is surfing, surfing is writing.” Sharkey may not know much, but he knows that’s the substances talking.

Hunter’s achievement, he realizes, “would last and be remembered — not the ride on water, leaving no trace, witnessed by a few guys onshore, but indestructible books, a legacy. Sharkey was dazzled by the very idea of a book. For the nonreader a book was a powerful fetish object, something magical, its creation a mystery. … Even so, Sharkey was not provoked to read one.”

Although “Under the Wave at Waimea” has its implausibilities, this moment seems exactly right. We can accept Sharkey’s transformation into a compassionate human — you see this stuff in fiction all the time — but into a reader? An old pro like Theroux knows that the willing suspension of disbelief has its limits.