In a 2017 profile in The New Yorker, Rachel Cusk proclaimed that she had “lost all interest in having a self.” Writers are sometimes given to flamboyant statements of this kind — as are religious fanatics and the survivors of hallucinogenic experiences — but Cusk was speaking of her memoirs on motherhood (“A Life’s Work,” 2002) and divorce (“Aftermath,” 2012), and one was inclined to take her seriously. Both books received an abundance of visceral criticism, much of it contradictory: Some readers accused her of airing private grievances, while others complained her approach was too impersonal and abstract. In the wake of “Aftermath,” Cusk announced she was finished with autobiography. For nearly three years, she stopped writing, a period she described as “creative death” that ended with her groundbreaking “Outline” trilogy, a series of novels notable for the central character’s silence — throughout the books, the protagonist listens to the stories of others while revealing little about herself. This “annihilated perspective,” as Cusk called it, was a solution to the crisis of exposure she’d encountered in nonfiction.

The ego, of course, does not die so easily, nor is it possible for modern writers to avoid speaking and writing about their private lives. Over the past several years, Cusk has been periodically producing autobiographical essays, and her new book, “Coventry,” collects this work alongside a selection of her art and literary criticism. One imagines it is difficult to reinhabit a persona that has been so deliberately annihilated, and in some essays, a faint sense of bewilderment accompanies the acting “I.” In a piece on home renovation, Cusk recalls the violent determination with which she remodeled her London flat, as though recalling the actions of a stranger. “I caused walls to be knocked down and floors to be ripped up and rooms to be gutted. … I caused the past to be obliterated and put something new, something of my choosing, in its place.” After the renovation, she confesses, she felt “publicly exposed,” as though her own preferences, her private self, were now “exhibited for all to see.” 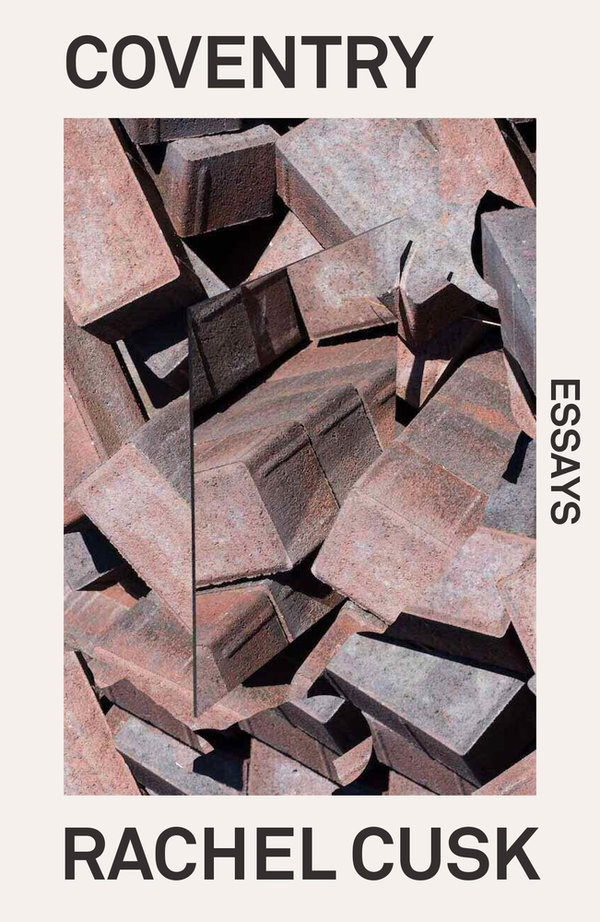 Many of the pieces revisit the themes of domestic fracture and breakdown that characterized her earlier work. The title essay meditates on her estrangement from her parents, while a piece on raising teenagers notes that adolescence “shares some of the generic qualities of divorce.” Both events rupture a unified family story, introducing a “bifurcation of the agreed-upon version of life.” When Cusk moves beyond the home, she discovers similar themes in the wider landscape. “On Rudeness” reflects on the breakdown of civility after Britain’s vote to leave the European Union. “Before, there was one truth, one story, one reality,” she writes, “now there are two.” Brexit may be the quintessential political event for a writer who has written so obsessively about the irreconcilable narratives of divorce, but perhaps it only seems that way because Cusk’s view of human nature has been honed and clarified by observing the nuances of private life.

Despite her return to autobiography, the authorial mask is not completely removed, and the essays are stronger for it. The voice is more expansive than in her memoirs, imbued with an authority that is all the more powerful because it is diffuse and flexible, aware of its limited perspective and willing to be measured against those of others. Cusk occasionally cedes the narrative to long anecdotes relayed by friends and acquaintances — an echo of her recent novelistic strategy. At other moments, her perspective becomes disembodied and panoramic, as in an essay on driving that considers the roads of the English countryside from the viewpoints of pedestrians and drivers, which becomes a metaphor for the “peculiar difficulty in attaining objectivity.” If the “Outline” novels were an exercise in listening to, and weighing, the stories of others, in these essays, Cusk is similarly contending with inherited narratives — marriage, civility, feminism — to see whether they are still inhabitable, whether anything can be salvaged.

The second half of the collection includes critical pieces on D. H. Lawrence, Natalia Ginzburg and Louise Bourgeois, among others, and furnishes keyholes onto Cusk’s aesthetic vision, one that is so rigorous and uncompromising that the term “sensibility” feels too frivolous. One is tempted to speak of her artistic ideology. An essay on women’s writing contains her most explicit artistic manifesto. Drawing on Virginia Woolf and Simone de Beauvoir, Cusk argues that literature — from the structure of the novel down to “the very size and character of the literary sentence” — consists of forms made by men, and that women cannot create their own art using the master’s tools. True women’s writing, she believes, concerns itself “with what is eternal and unvarying, with domesticity and motherhood and family life.”

One could object that motherhood is not every woman’s destiny — it is not mine — but then, such complaints are precisely what makes writing so treacherous for women: Dare to draw larger observations from your life, and you are accused of generalizing. Fail to do so, and you are navel-gazing. Many writers respond to this dilemma by making their experience broadly “relatable,” becoming mouthpieces for certain ideas and demographics, a tactic that ends up diluting their authority. Cusk, like the best artists, has renovated her work from its deepest interior — the self — transforming her private crises into an expansive aesthetic vision. She believes entirely in D. H. Lawrence’s claim that “one is in oneself the whole of mankind,” and her essays reveal how profoundly this individualistic vision suffuses her work, even when she is not physically “there.” She has not obliterated the self but refracted it — much as a woman imprints herself onto the furnishings of her home, or a mother onto her children, manifesting her image in everything she creates.

Meghan O’Gieblyn is the author of the essay collection “Interior States.”