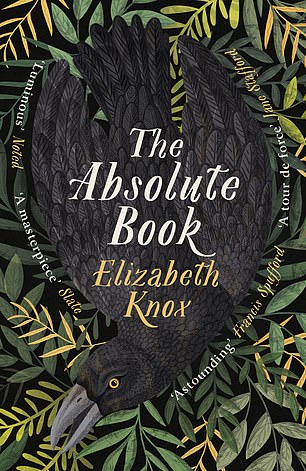 At the heart of this story is the original — and unoriginal — sin of vengeance.

It’s an act that leads Taryn Cornick, an academic writer with a bestseller about lost libraries, into an astonishing journey of loss, peril, guilt and redemption.

Except there’s more — a family mystery involving a strange, incendiary scroll; hell-spawned demons; an MI5 conspiracy; Odin’s corvine familiars; not to mention chilling revelations about how fairies live for ever and the price we pay for it.

Gripping and hugely ambitious, the broad narrative flood sweeps us on to an extraordinary conclusion.

If we are occasionally left stranded on the shore, we can still admire the book’s sheer scope and grandeur. 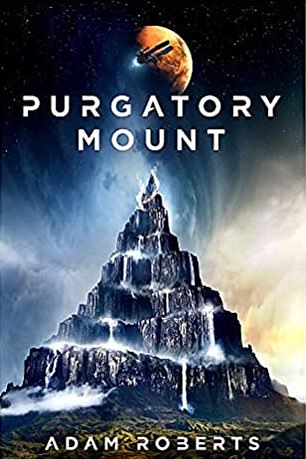 A spaceship crewed by superior gods and insignificant humans discovers a mysterious tower on an unexplored planet. Who built it — and why?

The answer lies in their distant past and our near future, and a chance discovery made by a gang of teenage scavengers.

With their world collapsing into a stew of violence, the future of civilisation hangs on the gang’s secret — but the way events play out defies guesswork or easy interpretation.

This is a unique, astonishing blend of hard sci-fi, thriller and metaphysics.

It’s savage, thrilling and, in a genre that uses intergalactic vastness as a stock in trade, it adds another twist — a huge spiritual element that launches the book into another dimension altogether.

The Romans have gone, the Saxons are marauding and Christianity is making inroads into the Old Religion.

All this is keenly felt in King Cador’s Dumnonia, where earth magic is draining from the sacred groves and three princesses are threatening to come of age at just the wrong time: pretty and witchy Sinne, Riva the healer, and Keyne, who yearns to be mistaken, and taken, for a boy.

But the Saxons are pressing, the local priest and shaman are at odds and a handsome stranger is setting sister against sister.

No cream teas in this West Country fable: feast instead on a gory, gripping and magically mythic tale of love and hatred, loyalty and betrayal.