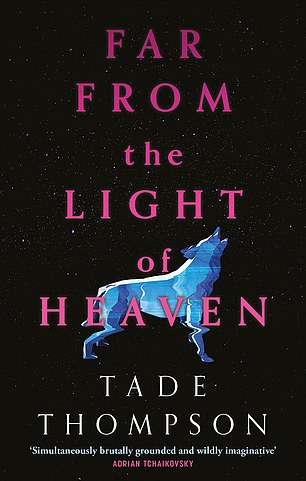 FAR FROM THE LIGHT OF HEAVEN

What a gripping concept this is: a locked-room murder mystery set on a spaceship, its hold crammed with interplanetary colonists in suspended animation.

Except that for some, their animation has been suspended permanently.

Michelle Campion is pilot of the Ragtime, a William Blake-quoting AI spaceship, carrying settlers to the planet Bloodroot, Lagos system. Waking up in deep space, she discovers that not only have a number of her passengers been dismembered, but there’s a wolf — yes, a wolf — prowling her spaceship’s corridors and the AI has been considerably dumbed down.

Unlike this story. It’s a stand-out, afro-futurist tour de force that engages with big issues and holds you in zero- gravity suspense.

Your schooldays are the happiest of your life. Tell that to the students of The Scholomance, the school that’s out to kill you. From morn ’til night, from creatures in the porridge to monsters in your pillows, it’s a fight for survival where friendships morph into strategic alliances, and alliances, dangerously, can go the other way.

In this second in the series, the stakes are rising for Galadriel (yes, she hates her name) and her classmates as the graduation bloodbath looms and arrangements are made for the future.

But why has her mother warned her to stay away from the one boy who is her magical peer, and is the creaking, steampunkish school truly out to digest her? 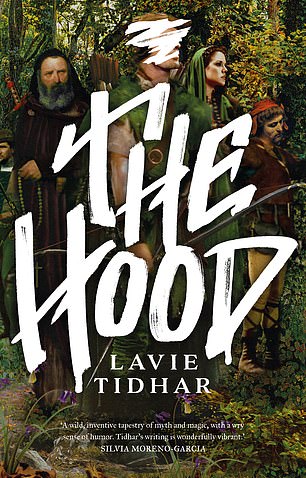 No green tights in this Sherwood Forest, the last reservoir of decaying fairydom.

The Merry Men are ex-Crusaders battling PTSD while fighting the Sheriff of Nottingham — and he’s after a slice of the drugs trade. After deconstructing superheroes and the Arthurian myth, Lavie Tidhar has turned his brilliant, restless revisionist gaze on the Robin Hood legend.

It’s a bewildering world of violence and delirium. Robin and Maid Marion take a back seat as we focus on Will Scarlett, a haunted squaddie, and Ivanhoe’s Rebecca, head of the Nottingham drugs cartel.

But with the old gods dead or dying, and gunnery replacing archery, putting the Merrie back into England is a struggle.