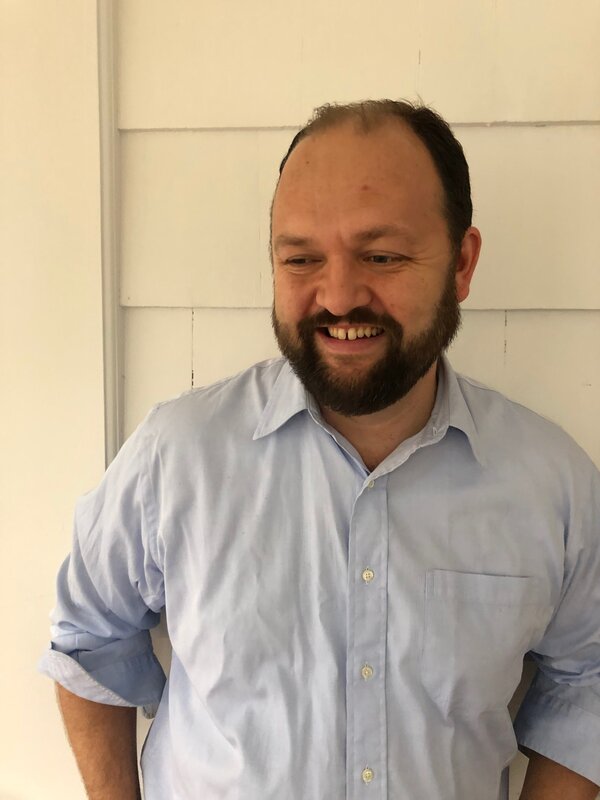 The early chapters of “The Deep Places” unfold like the first act of a horror movie. Feeling the pull of home and burned out by life on Capitol Hill, Ross Douthat (a New York Times columnist) and his wife buy a 1790s farmhouse on three acres of Connecticut pasture. He’s feeling optimistic, maybe a little self-satisfied. On the afternoon of their final home inspection, he wanders into the meadow out back, watches the deer frolic and reflects that the purchase “felt like confirmation that we were on the right path, that I had planned and worked and won the things I wanted and that I deserved them.”

But the scene is tinged with dread: Something is lurking in those woods. Back in D.C., Douthat has a swollen lymph node, a stiff neck and strange vibrations in his head and mouth. The urgent care doctor he sees first diagnoses him with a harmless boil. A few weeks later, he is in an emergency room at dawn with an alarming full-body shutdown, “as if someone had twisted dials randomly in all my systems.” The E.R. doctor suggests stress as the culprit — as do, in subsequent visits, an internist, neurologist, rheumatologist and gastroenterologist. A psychiatrist, his 11th doctor in 10 weeks, disagrees.

Only after Douthat completes his move north to Connecticut, namesake of Lyme disease, does it seem obvious to local doctors that he is suffering from something tick-borne. Tests eventually reveal Lyme antibodies (though not enough for a definitive diagnosis) and a co-infection, Bartonella.

The course of treatment is less obvious, as anyone familiar with the so-called Lyme Wars will anticipate. Long-term antibiotic use for persistent symptoms has known risks and, thus far, unproven benefits. So the official advice is, essentially, to wait it out. Many patients and a dissenting faction of doctors have bucked this advice, with varying regimens and results.

As Douthat’s health declines in harrowing ways, a darkness settles over his “haunted” house, which turns out to be a fixer-upper he has no energy to fix. He ruminates on fairy tales and dreams of wandering a gothic mansion, chased by vampires. His wife, working on a book of her own and pregnant with the couple’s third child, describes their situation as “just like ‘The Shining’ — except we’re both writers.”