Take the world’s sexiest poet to bed – …or if you don’t fancy that, try one of the world’s richest men

Biographies of the Year

Super-Infinite: The Transformations Of John Donne 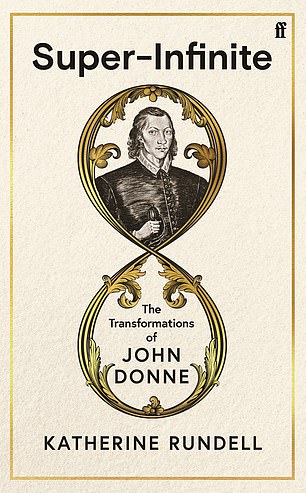 -Super-Infinite: The Transformations Of John Donne

The life of the poet, soldier, scholar and clergyman John Donne revolved around ‘sex, death and God’, according to Rundell.

Donne was born a Catholic, at a time when that was a dangerous thing to be; his brother was imprisoned and tortured for his faith. As a young man, Donne was something of a dandy and keenly interested in sex.

He would become, Rundell says, the author of some of ‘the most lavishly sexed poetry ever written’, with lines such as: ‘Licence my roving hands, and let them go/Before, behind, between, above, below.’

Pragmatically, Donne renounced Catholicism and became a Protestant. While working at the Elizabethan court he fell in love with 16-year-old Anne More, who defied her family to marry him.

His new father-in-law had him thrown into prison for a while. ‘John Donne, Anne Donne, Un-Done,’ Donne wrote wryly. They had 12 children — only six survived — and Anne died shortly after the final pregnancy, casting her husband into despair.

Donne eventually became Dean of St Paul’s Cathedral and a superstar preacher, attracting huge audiences who often wept as they listened to him. He died in 1631, aged 59. Nearly four centuries later, his poetry and his essays are still thrilling. This book vividly brings him to life.

Elon Musk: Risking It All 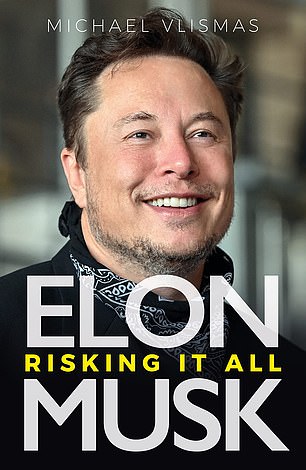 Currently the richest man in the world, obsessed with colonising Mars and convinced that underpopulation is the world’s greatest problem, Elon Musk often resembles the crazed villain in a James Bond film

Currently the richest man in the world, obsessed with colonising Mars and convinced that underpopulation is the world’s greatest problem, Elon Musk often resembles the crazed villain in a James Bond film.

This short book is particularly strong on Musk’s unhappy South African childhood. He was horribly bullied in school, once ending up in hospital after a bad beating. He clashed with his wealthy and overbearing father, who would later have a child with his former stepdaughter. Musk has described him as ‘pure evil’. At 17, Elon fled to Canada.

His first venture, an internet mapping company, made him a small fortune, which he invested in PayPal, which in turn earned him a large fortune. Since then, Musk has funded a rocket company and taken over the electric car maker Tesla. Those around him say his work rate is exhausting.

Now 51, Musk has ten children but no settled family life and his recent purchase of Twitter is mired in controversy. This is a good introduction to this strange and brilliant man.

Five Love Affairs And A Friendship

How thrilling it must have been to be young, rich and single in Paris in the roaring 1920s. After an unhappy childhood in England, neglected by her parents and left most of the time with a sadistic nanny, heiress Nancy Cunard arrived in Paris in 1920. An angular beauty, she was a magnetic figure and a muse to many of the poets and novelists living in Paris.

She also had an insatiable appetite for sex and the five formative love affairs described here were just a few of her many conquests.

After an affair with the novelist and playwright Michael Arlen, she moved on to the modernist poet Ezra Pound. Then came Aldous Huxley, author of Brave New World, who was besotted with her, although Nancy described his lovemaking as ‘like having slugs crawl over you’.

Her next lover was the brilliant, handsome poet Louis Aragon and finally the black jazz pianist Henry Crowder, who opened her eyes to social inequality and racism.

Anne de Courcy masterfully evokes the seedy glamour and intellectual thrill of 1920s Paris in her compelling biography of a fascinating and rather tragic life.

Eliot After The Waste land 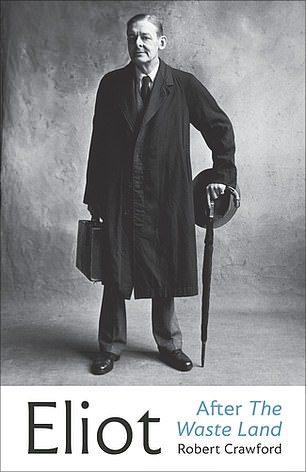 In volume one of his biography of TS Eliot, Robert Crawford chronicled his American upbringing and the publication of his ground-breaking 434-line poem, The Waste Land, with its unforgettable opening: ‘April is the cruellest month’

In volume one of his biography of TS Eliot, Robert Crawford chronicled his American upbringing and the publication of his ground-breaking 434-line poem, The Waste Land, with its unforgettable opening: ‘April is the cruellest month.’

Volume two picks up in 1922, with Eliot living in England and stuck in a disastrous marriage to Vivien Haigh-Wood. ‘I love Tom in a way that destroys us both,’ she wrote. To make matters worse, Eliot was still in love with his American sweetheart Emily Hale.

Yet when Vivien died in 1947, a year before Eliot was awarded the Nobel Prize for Literature, he didn’t marry Emily.

A decade later he married his younger secretary, Valerie Fletcher, and they were blissfully happy together until his death in 1965. Royalties from Old Possum’s Book of Practical Cats, the basis for the musical Cats, made her rich.

Eliot’s dour public image hid a practical joker who loved dirty limericks and stink bombs, agonised over his love life and was a racist and anti-Semite. Crawford is a sympathetic biographer yet doesn’t shy away from Eliot’s flaws. 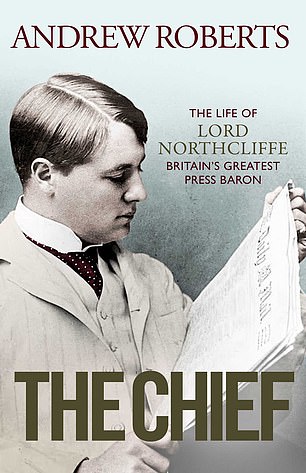 After World War I, the exiled German Kaiser Wilhelm fumed: ‘If we had had Northcliffe, we would have won the war’

After World War I, the exiled German Kaiser Wilhelm fumed: ‘If we had had Northcliffe, we would have won the war.’

Born Alfred Harmsworth in Dublin in 1865, one of 14 children, Lord Northcliffe was the pioneer of modern popular journalism. He founded both the Daily Mail and the Daily Mirror and acquired the Times, the Observer and the Sunday Times, doing away with interminable legal reports and instead introducing readers’ letters, women’s pages and juicy crime stories. ‘The three things which are always news are health things, sex things and money things,’ he declared.

The youngest peer ever created, his political influence was huge. In 1916 his attacks on Prime Minister Asquith for not sending enough support to British troops led to the collapse of the Government.

Roberts zips through Northcliffe’s extraordinary life with tremendous brio. ‘Great men are seldom nice men,’ he writes. Northcliffe was an anti-Semite and a hypocrite, lecturing on personal morality while himself having several mistresses and illegitimate children.

He also had immense charm and energy, a journalistic genius and was often prescient about foreign affairs. When he died in 1922, 7,000 mourners lined the streets of London as his coffin passed.