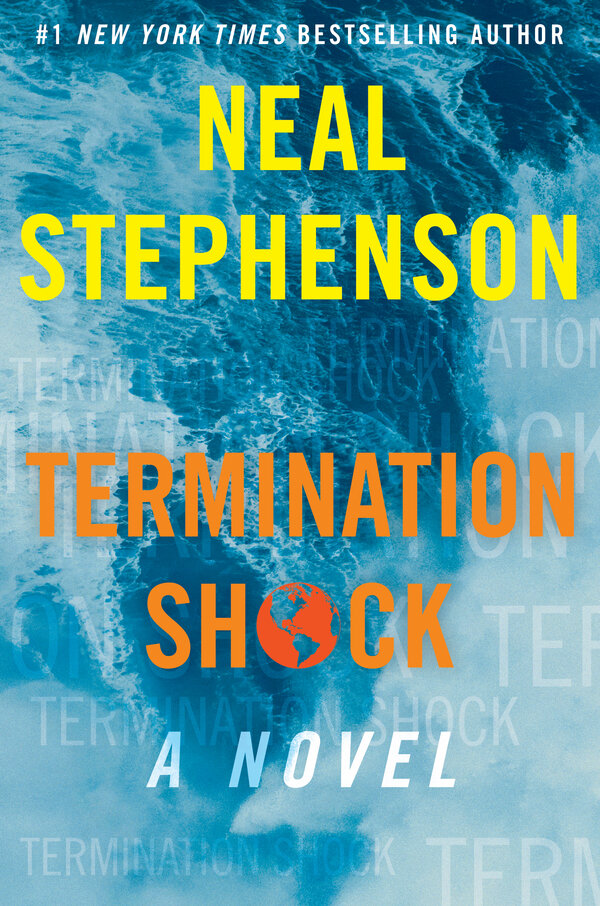 Houston’s air was too hot to support airplanes. Oh, the queen’s jet could have landed there, given that, during the flight from Schiphol, it had converted ten thousand kilograms of fuel into carbon dioxide and dumped it into the atmosphere. Refueled, though, it could not safely take off until the heat wave broke. And what was going to break it was a hurricane.

Under the direction of air traffic controllers, Frederika Mathilde Louisa Saskia—for that was the queen’s given name—and her co-pilot, a Royal Dutch Air Force captain named Johan, began to drive the jet through a series of maneuvers that would culminate in Waco.

Now, maybe Waco was not the optimal choice for them. But there was no point in quibbling over it. The business jet, slightly crowded with seven souls aboard, flew higher and faster than airliners. It had been slicing through the lower stratosphere at better than six hundred miles per hour, almost ready to begin its descent into Houston, when they had gotten the news about the insufficiency of that city’s air. A decision had to be made. It didn’t have to be the best possible decision.

[ Return to the review of “Termination Shock.” ]

As she was informed by Texan voices on the radio, as well as Willem coming up to the cockpit with whatever he’d gleaned over the jet’s data link, a thunderstorm had swept over Waco in the last few hours, dropping the temperature to a mere 45. Or 113 as they measured things in the States. Low enough, anyway, that they could at least look it up in the tables of important numbers that the jet’s manufacturer had calculated three decades ago, when this design had been certified. It had never entered those people’s minds that it would get as hot as it was today in Houston, so the tables didn’t go that high.

Waco’s airport would give them everything they really needed.

It had two runways arranged in a V. Current winds dictated that they should land on the more westerly of those, southbound. The air traffic controllers told them what to do. They did it.

Those controllers had their hands full juggling a large number of planes—mostly airliners—that had likewise been disappointed in their hopes of landing in Houston. Most of them needed larger airports and so it didn’t seem right to argue with them about whether Waco was perfect. These transmissions could be heard by anyone with a radio. They were being recorded. It was of some importance that they not make waves, not draw attention to themselves. The queen had been raised from infancy never to seem as though she were arrogating royal prerogatives. For to do so would be un-Dutch. It would merely give ammunition to anti-royalists. Lennert, her security chief, was coming around to the view that Waco would be fine. There was a hangar suitable for jets like this one. Willem had already reserved hotel rooms and worked out how to rent cars.

All she had to do was get the jet on the ground. She was good at that. Even if she weren’t, Johan could do it with no help from her. Along with royalty and wealth, she had inherited from her father this strange pastime of piloting jet airplanes. Despite being a king, he had moonlighted as an airline pilot for KLM—Koninklijke Luchtvaart Maatschappij—Royal Dutch Airlines, whose logo was actually a crown. As Papa had explained to her long ago, there was a reason he had become a pilot. It was that when he was at the controls he had not merely the opportunity but the sacred obligation to focus solely on the machine that was keeping him and his passengers alive.