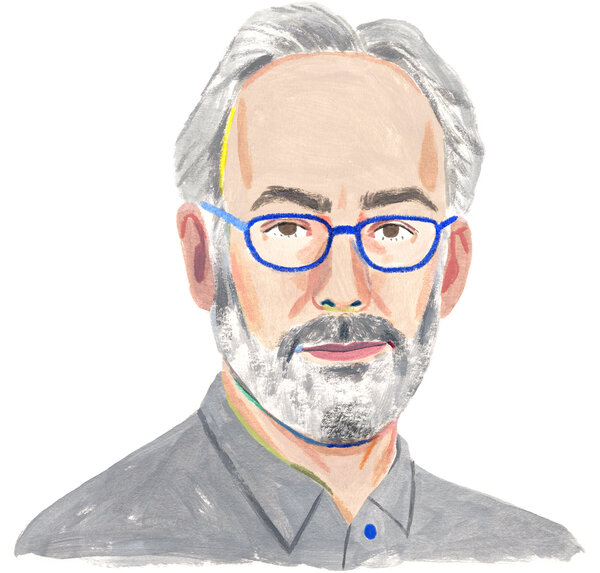 “My wife gave me the first edition of Tolstoy’s ‘War and Peace’ to be published in English (in 1886),” says the novelist Amor Towles, whose new book is “The Lincoln Highway.” “That the edition was in translation was just as well, since I don’t read a word of Russian.”

What books are on your night stand?

For the last 16 years, I’ve been reading with three friends. Every month, we meet in a restaurant in New York City to discuss a novel, arriving at 7 and lingering until they close the place. We typically pursue projects. One spring we read Henry James’s “The Portrait of a Lady,” Gustave Flaubert’s “Madame Bovary,” George Eliot’s “Middlemarch” and Leo Tolstoy’s “Anna Karenina,” a project we referred to as “19th-Century Wives Under Pressure.” Often, we’ll read five or six works by a single writer chronologically. We’re about to launch into a survey of the Australian Nobel laureate, Patrick White. So, his “The Tree of Man” is at the top of my pile.

Earlier this year, I was asked to write an introduction for the forthcoming Penguin Classics edition of Ernest Hemingway’s first novel, “The Sun Also Rises.” I enjoyed rereading the book immensely. Hemingway began writing it on his 26th birthday, almost a hundred years ago. At the time, he was still married to the first of his four wives. By trade, he was still a foreign correspondent living in Paris. It was before his trip to Africa to hunt big game. Before his face would adorn the cover of Life magazine — three separate times. Before the compromising effects of fame, wealth and recognition. So, in picking up “The Sun Also Rises” today, we have the opportunity to set aside what we think we know about Hemingway as a man and writer, to set aside what we think we know about his style, to read the book as if it were newly released, and to be amply rewarded for doing so.

Can a great book be badly written? What other criteria can overcome bad prose?

Great writing can make almost anything interesting. Any subjects, any settings, any themes. But for me, bad writing is an insurmountable obstacle.

Describe your ideal reading experience (when, where, what, how).

When I was a college sophomore in the early 1980s, I had the good fortune of being admitted to a fiction writing seminar with a visiting modernist named Walter Abish. As part of the class, he gave us a list of about a hundred novels that he admired. The list included an array of inventive writers and stylists, most of whom I had never heard of, including Donald Barthelme, Italo Calvino, Evan S. Connell, Julio Cortázar, Jean Genet, Elizabeth Hardwick, Knut Hamsun, Milan Kundera, Grace Paley and Alain Robbe-Grillet. With the list fraying in my pocket, I began tracking down these novels whenever I was in a used bookstore. For the next few years, as soon as school would let out, I would retreat alone to my family’s summer house, where I would sit on the porch and read one book a day. It was pure bliss. It also had a lasting influence on me as an artist.