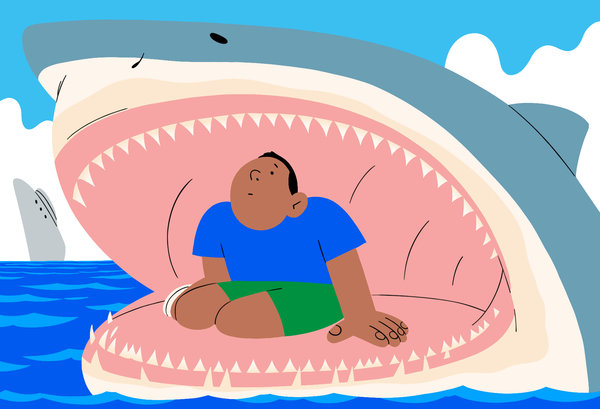 SHARKS IN THE TIME OF SAVIORS
By Kawai Strong Washburn

There once was a time when places had no names. A time when no separation existed between our forebears and the trees and rivers and mountains that surrounded them. Those first humans to walk the earth felt the presence of things unseen, heard the whispers of spirits and feared nothing, for they knew life and death were intertwined and the dead were a part of them — their past, present and future.

The characters in Kawai Strong Washburn’s singular debut novel, “Sharks in the Time of Saviors,” live in a place with a name: Hawaii. But Washburn has no interest in the Hawaii of resorts and honeymoons, thank goodness. His characters live in a modern yet mystical version of the archipelago, one whose essence no conqueror can ever fully eradicate.

The novel opens in 1995, as a mother, Malia, is telling her son Noa that at his birth, “the Kingdom of Hawai’i had long been broken,” and “the gods were hungry for change.” The change, Malia believed, would be Noa, who was conceived on a beach just as a parade of long-dead kings was marching with torches up a ridge, in their direction.

Like any human designated as a chosen one, Noa will eventually have to reveal his true nature to the masses he has come to save. This happens for him at just 7 years old, while on vacation with his family, when he falls off a boat and into the Pacific. As everyone starts panicking, a shiver of sharks surrounds him and rescues him from drowning.

Washburn’s depiction of that rescue is as vivid as it is splendid, reminiscent of the famous trickle of blood that flowed down the streets in “One Hundred Years of Solitude.” And as in García Márquez’s work, the wonders and woes of being part of a community take center stage here too. When news of the incident spreads across the island and makes Noa a local hero, his poor family is feted with donation checks and free food and clothing from well-wishers. Soon enough, Noa’s healing powers develop and he starts bringing in even more money by dispensing health to those burdened with an assortment of ailments.

Noa is drenched with attention from his parents, at the expense of their other children: Dean, his athletic older brother, and their younger sister, Kaui. As Dean puts it, in retrospect, “All everyone wanted was for me to believe in Noa, to raise him up.” But he has no interest in that: “Hate to break it to you, but I don’t fit in second place.” The family lives in one house, yet each member is in his own space, spread out like Hawaii’s many islands.

Like many millennial Hawaiians, all three siblings eventually leave home for the mainland — Portland, San Diego, Spokane. Dean becomes a college basketball star, Kaui studies engineering, Noa trains as an E.M.T. But as far as they travel, they can never escape the islands within them. In college in San Diego, Kaui is afraid to get too entangled with her Hawaiian peers in case they know her brother’s story, and “all the legends I didn’t want to be mine. If I stayed with those kids and did my hula, what then? Old Hawai’i life would slip back into me like a sleeping pill. Sludge me down until I was just another member of the club. Just again his shadow, shaped like a sister.” 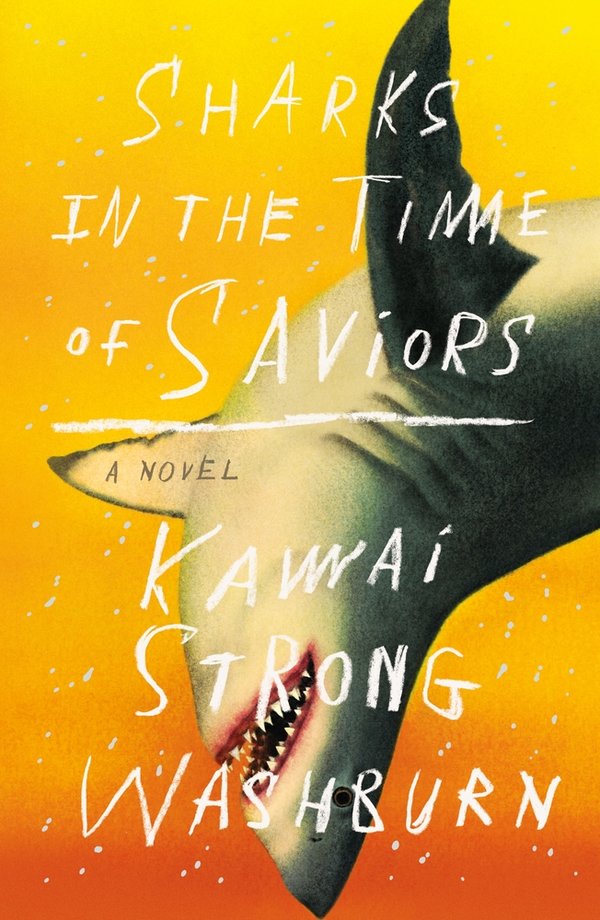 Since the day humans began telling stories, we’ve strung countless narratives on our attempts to escape the past and find peace with the present. It is our collective cargo, and Washburn knows it. This may be his debut, but he proves himself an old hand at dissecting the ways in which places — our connections to them, our disconnections from them — break us and remake us.

Out in the world, the siblings tussle with the Hawaii within them and the America around them. Their dreams fail. They wrestle with sexuality, with belonging, with whether to go forward, deeper into America, or backward, home.

Like his characters, the author was born and raised in Hawaii, and left it for the mainland. He left behind a land that, in Dean’s words, was first discovered by men from “Fiji or Tonga or wherever,” who “broke their backs making themselves canoes to cut through 40-foot swells,” and sailed until “they seen the white light of the moon over the new land of Hawai’i and they was like: This. This is ours. All us, all now.”

The islands of Washburn’s novel, modern though they may be, are not so far removed from their origins, from what they were on the night of that “white light.” With prose that can be breathy and sweaty in one paragraph before gliding softly and tenderly into the next, this passionate writer cries out for us to see Hawaii in its totality: as a place of proud ancestors and gods and spirits, but also of crumbling families and hopelessness and poverty. Of mystery and beauty at every corner.

Gods, or their absence, are constantly on the minds of these characters. Malia laments the tyranny of capital; in the olden days, her ancestors “had no use for paper printed with the silhouette of some faraway haole man. It gave nothing. What was needed was food from the earth, housing from the earth, medicine from the earth, a sense of one’s place in the system.” But that peace was lost when “ships from far ports carried a new god in their bellies. … And money was the name of that god.”

In this novel, the only way out is back. After Noa’s overconfidence in his gifts leads to a disaster at his job, he returns to Hawaii and goes on a quest to understand both himself and the ancestral land that is a part of him. His expedition will come at a hefty price for him and his loved ones — incarceration, mental illness, unemployment — but isn’t that the point of a journey to our roots? So we may walk through fire, and so be purified?

Perhaps a day will come when humans will no longer need to make exorbitant sacrifices in order to see the light of their true selves. Until then, Washburn has given us a meditation on the tragedies of living too long in the darkness.