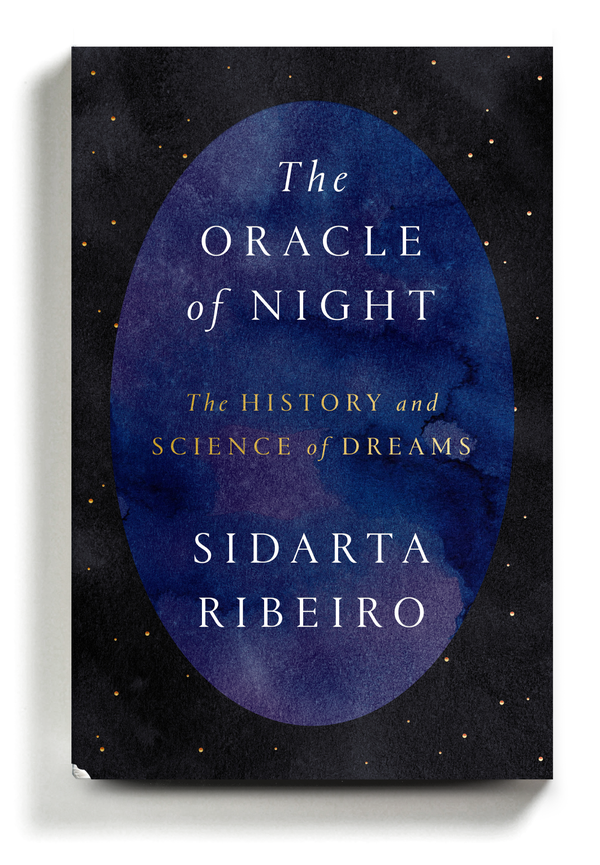 In the winter of 1995, the Brazilian neuroscientist Sidarta Ribeiro moved to New York to pursue his Ph.D. at Rockefeller University. His arrival, he writes in his fascinating, discursive new book, “The Oracle of Night,” precipitated one of the strangest periods of his life.

Overcome by a sudden, inexplicable lassitude, Ribeiro did little but attend classes, read and sleep. But his sleep was exciting and revelatory, full of vivid, evocative dreams that enriched his waking hours. “I began to dream in English,” he writes, “and my dreams became even more intense, with representations of epic narratives through unnaturally deserted New York streets on the sunny, icy morning of an endless Sunday.”

This period lasted for several months and then abruptly ended. When Ribeiro re-entered the world, as if emerging from hibernation, he was refreshed and alert, energized by a “cognitive transformation” that he felt had been enhanced by his dreaming imagination. He became fascinated by dreams — why do we have them, what do they say about us, what role do they play in our lives? — and embarked on a lifetime of study of this most interesting of topics. (He wears many hats. He got his Ph.D. in animal behavior; he is the founder and vice director of the Brain Institute at the Federal University of Rio Grande do Norte in Brazil.)

“The Oracle of Night” makes a resounding case for the mystery, beauty and cognitive importance of dreams. Ribeiro marshals prodigious evidence to bolster his case that a dream is not simply “fragments of memory assembled at random” (as he summarizes Francis Crick’s dismissive position), but instead is a “privileged moment for prospecting the unconscious” — a phenomenon that, in Carl Jung’s words, “prepares the dreamer for the events of the following day.”

Judging from Ribeiro’s extensive author’s note, acknowledgments and bibliography, this book is the culmination of decades of thought and collaborative work. It’s also the expression of remarkable, if sometimes all-over-the-map, scholarship, drawing on history, literature, biology, anthropology, neuroscience, sociology and psychology, among other disciplines.

The author’s description of how he intends to write “a brief history of the human mind with dreams as the connecting thread” sounds like a dream itself. I’m sure this is deliberate. His lyrical account is aided by Daniel Hahn’s beautiful translation from the Portuguese.

“Incompleteness, displacements, condensations, multiplicity of characters, unexpected returns, details that have no apparent explanation and even a lack of relevant details will be our traveling companions,” Ribeiro writes, preparing us for the journey. We should, he says, “allow ourselves to be carried by the current.”

And what a current it is, starting with a discussion of dreams in the foundational myths of ancient civilizations and religions. The Norse sagas, the Epic of Gilgamesh, Greek mythology, the stories of ancient Rome, the Quran and the Bible — all feature dreams as messages from the gods, auguries of the future, puzzles to be interpreted or warnings to be heeded. For many ancient cultures, understanding one’s dreams was essential to understanding one’s waking life.

His accounts of rich, metaphorical dreams made me wish that my own weren’t so fragmented and elusive. (Do you want to hear my recent dream about how some lady wanted to sell her house and I didn’t buy it because I don’t like shoddy cabins in the woods, and then there was a lake and I don’t remember what happened next? I didn’t think so.)

For those who want to examine the scientific underpinnings of Ribeiro’s thesis about the importance of dreams for synthesizing information and forming memories, “The Oracle of Night” somewhat exhaustively describes numerous studies, and the advances — or confusions — that they have brought to the field. Who knew that sleep researchers were such a fractious bunch?

With Freud’s theories increasingly out of favor as the 20th century wore on, Ribeiro writes, a bitter rift developed in the 1980s. On one side were scientists like himself, who believed that REM sleep, when our most vivid dreams occur, is essential in helping us process what we have learned during the day, and further sets the stage for the day to come. On the other side were those who marshaled “evolutionary, neurological and psychiatric reasons why the theory had to be wrong.”

In a delightful set piece, Ribeiro describes a showdown between the two camps in Chicago in 2003, at the annual meeting of the Associated Professional Sleep Societies, attended by the world’s top sleep researchers. “In this famous clash, which is vividly recalled by those colleagues with whom I shared the excitement of witnessing it in person, the fate of a whole area of research was at stake,” he writes. The auditorium was full, with students and professors clogging the aisles.

It was a raucous, electric debate, as only academics can have. A scientist on the side of cognitive value won the day — and brought the house down — by bellowing at his opponent: “What part of p less than 0.05 corrected for Bonferroni do you not understand?”

“The Oracle of Night” wafts off in dozens of directions, often looping back to make the same points again in slightly different ways. As in a dream, the reader can lose the thread. The technical research Ribeiro presents is hard for a lay person to understand. It feels as though there’s enough material here for at least two books.

But you can’t help being awed and enchanted by the wonder with which Ribeiro approaches his subject, by the depth of his knowledge and passion. He begins and ends with an exhortation to keep dream journals, as a way to help us integrate the vivid, bold, imaginative narratives of our nocturnal lives into our waking hours the way our ancestors did.

“Imagine all the people living inside your head,” he writes. “The fauna of characters and plots. The zoo of the mind.”