THE ELECTRIC HOTEL
By Dominic Smith

The world of silent film is largely a vanished one. In an author’s note at the start of his radiant new novel, “The Electric Hotel,” Dominic Smith tells us that, thanks in part to the fragility of celluloid nitrate, more than 75 percent of all silent films have been lost. Maybe that’s why the silents we do have — particularly the early, pre-1920s ones — can seem like missives from an aboveground Atlantis, satin-silver remnants of a civilization that’s alluringly alien yet also recognizably human. Watching an early silent can feel like peering into another person’s dream.

Smith captures that spirit, and more, in “The Electric Hotel,” a vital and highly entertaining work about the act of creation, and about what it means to pick up and move on after you’ve lost everything. The story weaves through the streets of Paris and across the wild landscape of Australia, and even traverses the Belgian battlefields of World War I. But it begins and ends in early-1960s Hollywood, where we meet Claude Ballard, an elderly former filmmaker with the emphasis on former: Though he wanders through the city with two small cameras in tow — one for stills and another for movies — he hasn’t made a feature film since 1910. That one, “The Electric Hotel,” an ambitious and fantastical hourlong melodrama, nearly killed him. 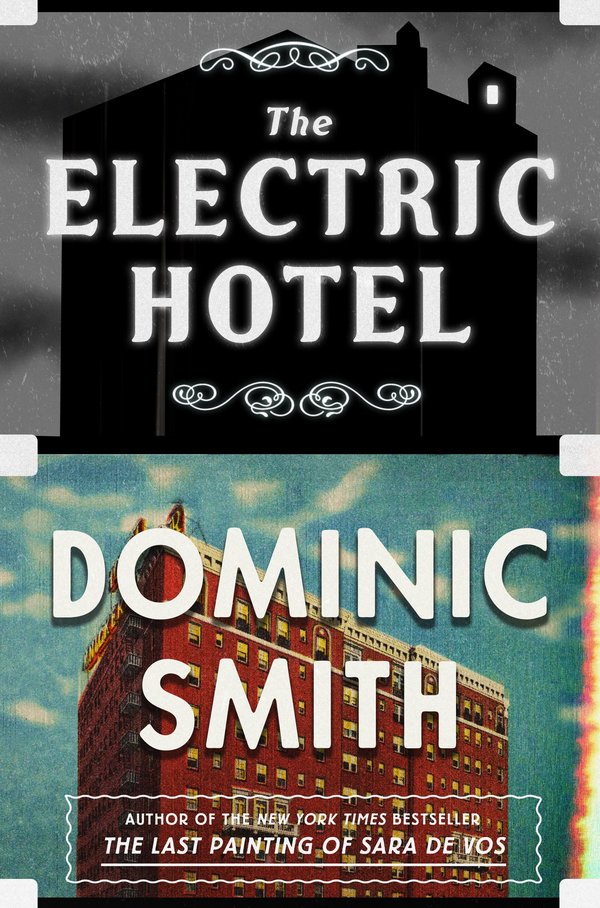 Although a film student named Martin Embry finds Claude in Hollywood, the bulk of this story takes place in and around Fort Lee, N.J., the true birthplace of American cinema. It’s there that Claude, a Frenchman who received his early training from the pioneering Lumière brothers, joins with three partners to create a small studio: There’s Hal Bender, a Brooklyn theater owner whose beloved father was murdered by thuggish moneylenders; the Australian stuntman Chip Spalding, “a teenage daredevil in a loincloth”; and the haughty but complex French actress Sabine Montrose, who makes the shift from stage to film at Claude’s urging — and who, in the process, also becomes his undoing. When the elderly Claude is asked about her, his answer, after a pause, is this: “Well, let’s see. … Ah, I remember: She ate my entrails like a feral dog and then she vanished into thin air.”

But then, what’s a little heartbreak — or even a big one — in the context of the project of a lifetime? With “The Electric Hotel,” Smith — whose previous novel was “The Last Painting of Sara de Vos” — puts a human face on the details of early film history. In Claude, he gives us a character who’s alive to the ways in which celluloid can capture flashes of life and depths of feeling. But Claude is also susceptible to the tragedy of love, as it presents itself in matters of the heart or in a work of art. The ghostly soul of the novel is the section detailing the making of Claude’s masterwork, the story of a mysterious, consumptive widow — played by Sabine, her face made lunar with lavender powder, her eyes rimmed with midnight kohl — who runs a remote hotel where traveling salesmen might stop, at their peril, for the night. The movie’s spectral details include a children’s dollhouse where the furniture rearranges itself and a ruined garden just made for moonlight. After nightfall, the widow steps out for a walk with a tiger — because, why not?

Smith borrowed the title of his book, and a few of the visual ideas of the movie within it, from a delightful 1908 stop-motion film by the Spanish director Segundo de Chomón, long thought to be lost but now found; you can watch it on YouTube. But Claude Ballard and Sabine Montrose’s “Electric Hotel” lives, sadly, only within the pages of this novel. It’s the ultimate lost film, unfindable and unseeable no matter how many drawers we open or vaults we scour — and yet so vivid we can imagine every frame, tiger and all.

Stephanie Zacharek is the film critic at Time magazine.