OUR BODIES, THEIR BATTLEFIELDS
War Through the Lives of Women
By Christina Lamb

In one of the more haunting stories in Christina Lamb’s urgent book, a 7-month-old baby is raped. A mother returns from working in the fields in eastern Congo to find her house ransacked by a militia group and her daughter wailing from pain. The mother notices a red gash on the baby’s bottom and takes her to a nearby medical center. From there, the pair is sent to the town of Bukavu, 160 miles away, to a hospital that has treated 55,000 victims of sexual assault since 1999. Even to the doctor, who has treated many such cases, the assault is shocking: The infant’s anus has ruptured from the force. “I hope whoever did this will go to jail for years,” the distraught mother tells Lamb. Most likely, he won’t.

The atrocities in “Our Bodies, Their Battlefields” horrify, as they should. Lamb, a veteran foreign correspondent for The Sunday Times of London, does society a service by forcing us to look. Rape, she writes, is the “most neglected” war crime of the 1949 Geneva Convention. It’s rarely prosecuted. It’s rarely written about. Here, she provides one of the first exhaustive examinations of sexual violence as a deliberate weapon, used to inflict terror and humiliation. Her book is painful to read but should be required for everyone interested in military and global affairs.

In the canon of literature about conflict, rape barely figures. Most such books deal with military strategy, male heroism and suffering. Men soldier, bond, die or return home. But what about the women? Oh, right, they’re spoils: Men are cannon fodder, women are man fodder. Yet rape in war wields as much destruction as guns do. It can destroy families and leave survivors permanently scarred.

Combatants get away with sexual pillage, Lamb argues, because men in power haven’t stopped them: “War rape was met with tacit acceptance and committed with impunity, military and political leaders shrugging it off as a sideshow. Or it was denied to have ever happened.”

As a foreign correspondent, Lamb paid special attention to women in conflict zones because her colleagues seemed to be more interested in interviewing men. Here, she hands rape survivors a microphone they are seldom given. She travels through Asia, Africa, Europe and South America to provide an intimate picture of what it’s like to be abused and forgotten.

She also traverses the centuries, opening her book by skewering Herodotus, credited with writing the first history of Western civilization. He claimed that women didn’t mind being carried off by the Phoenicians, the Greeks and the Trojans. Yet while today the international community recoils at abductions of women and girls by Boko Haram and ISIS, it hasn’t prosecuted them either. 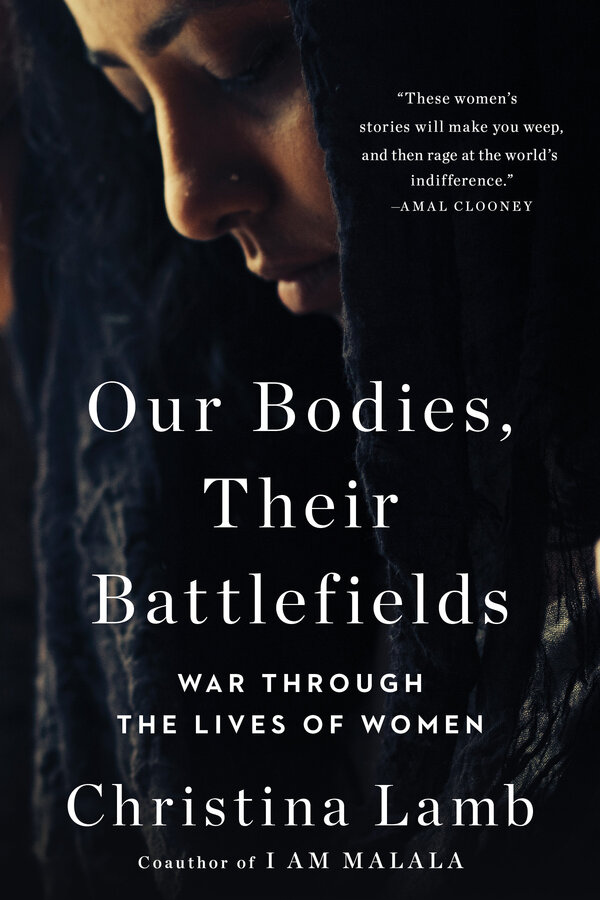 The sheer scope of wartime rape is staggering, though as Lamb points out exact numbers are hard to come by. Most of us never learned about war rape in school — from the thousands of German women raped by Stalin’s Red Army during World War II to the thousands of Asian women coerced into sexual slavery by the Japanese during the same period.

Lamb spares no details: Bangladeshi women who were tied to banana trees; ISIS militants who pulled the names of Yazidi women out of a bowl and sold them as sex slaves for thousands of dollars, like used cars; Bosnian women who, imprisoned in a spa hotel, went mad from being subjected to nightly gang rapes. Some leapt off glass balconies to their deaths. Along the way, Lamb explains the ideology of ethnic cleansing that was used to justify such savagery.

Despite the barbarity, Lamb’s humane portraits of survivors kept my attention. I grew invested in the women and felt compelled to listen to their stories. Tragically, most can’t find peace. Husbands spurn those left incontinent and unable to bear children. Even the women’s daughters stop speaking to them out of shame. Some live among their attackers, whom they see on the street.

“We are like dead women walking,” says Victoire Mukambanda, who lost count of the number of rapes she endured during Rwanda’s genocide. Left for dead in a latrine pit, she feels unlucky to have survived.

The first prosecution of rape as a war crime occurred in 1998, at the International Criminal Tribunal for Rwanda, half a century after the Geneva Convention declared it such. The International Criminal Court has a sorrier record. Created in 2002, it has secured only one conviction for sexual slavery and rape, in the 2019 case of a Congolese warlord. (A previous conviction was overturned.) More than half of the 90 war criminals convicted by the tribunal for the former Yugoslavia were found guilty of sexual violence, but this, Lamb writes, is a “fraction considering the tribunal received reports of more than 20,000 rapes.”

Giving testimony can reawaken the trauma. At the Rwanda tribunal, defense lawyers expressed doubt that a woman could have been raped 16 times, because “she had not bathed and smelled.” The judges laughed. About the few such cases in which guilty verdicts were handed down, Lamb notes acidly, “It surely cannot be a coincidence” that the judges were women.

Recently there have been signs that the international community is finally waking up. The 2018 Nobel Peace Prize went to two campaigners against wartime rape: Nadia Murad, a Yazidi repeatedly assaulted by ISIS militants, and Denis Mukwege, a Congolese gynecologist called “Dr. Miracle” for his genital repairs of thousands of victims of sexual crimes. Yet the devastation will persist without recognition that rape is as heinous as murder. Witnesses will remain silent out of fear of stigma or a lack of access to lawyers.

In the conclusion of her book, Lamb writes, “Every time I walk past a war memorial I wonder why women’s names aren’t on it.” With “Our Bodies, Their Battlefields,” she provides a monument of sorts.