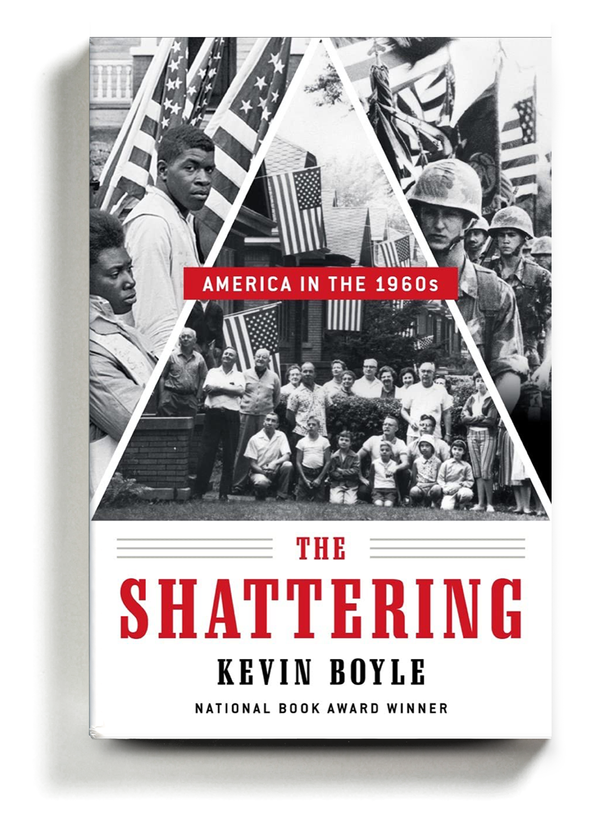 In 1997, two women in their 50s, one Black and one white, both smiling, posed for an unlikely picture — though it wasn’t the first time they had been photographed together. Forty years before, after the Supreme Court issued its decision in Brown v. Board of Education, Elizabeth Eckford was one of the nine Black students who enrolled in a previously all-white high school in Little Rock, Ark. In an iconic photograph from that era, a demure Eckford walks to her new school for the first time, her arm cradling a notebook and her eyes covered by sunglasses, while a white student named Hazel Bryan can be seen over Eckford’s shoulder, her face contorted into a hateful roar.

Bryan had apologized to Eckford in the years since, and the fact that the two women had become friendly, agreeing to be photographed together in 1997, was welcomed as a sign of how much the United States had changed over four decades. To the white minister who had accompanied the Black teenagers to high school in 1957, the photographic evidence of their reconciliation “was the stuff of Scripture,” he wrote, “a glimpse of the Promised Land.”

I recalled this bit of late-’90s triumphalism while reading “The Shattering,” Kevin Boyle’s rich, layered account of the 1960s, which necessarily traces the key events of the preceding decade, including the experience of Eckford and the Little Rock Nine. Boyle, a historian at Northwestern and the author of the National Book Award-winning “Arc of Justice” (2004), is fully aware that to write a book about the ’60s is to cover extremely worn ground. The decade has been amply chronicled — a beloved subject of Boomers recalling a time when their cohort started to come of age.

“In the standard history,” Boyle writes, “the shattering started with the idealism of a new generation,” which rejected the stultifying compromises required by the “relentlessly moderate consensus” of the postwar era. But newer scholarship has complicated that story in ways that even “challenge its central premises,” he continues, putting less emphasis on the preceding decade’s consensus and more on its violence, embedding the 1960s in the long histories of the civil rights movement and modern conservatism. “How are we to understand the ’60s, now that so much history has changed?”

Whatever consensus politics existed in the 1950s, Boyle sets out to contextualize it in terms of the interests belonging to a particular postwar demographic — the rapidly growing middle classes. Their memories of the Depression were still fresh, but they were enjoying a prosperous stability. They wanted to be done with war, even as the Cold War was ramping up. Within six months of his landslide election victory in 1952, President Eisenhower “ended the Korean conflict with an armistice no one liked and everyone desperately wanted.”

Boyle’s roiling account is full of such juxtapositions, showing how conflicting impulses made for a 1950s political order whose stalwart exterior masked a “fragile arrangement.” Eisenhower extricated the United States from Korea, but he also staged secret coups in Iran and Guatemala, eventually committing military aid to what his advisers called “nation-building” in the southern half of Vietnam. That plan in Vietnam, too, was secret, Boyle writes — “which was exactly how Eisenhower wanted it to be.”

Cold War policy, with the increasing centrality of the Vietnam War, is one narrative strand of “The Shattering”; another is the civil rights struggle; a third is the government regulation (and deregulation) of sexuality. Boyle depicts the summer of 1963 as a pivotal moment. Black children in Birmingham, Ala., being set upon by water hoses and dogs finally pushed President John F. Kennedy — who until that point was reluctant to broach the issue of racial justice — to draft a sweeping civil rights bill. But Klan violence intensified, as did American involvement in Vietnam. Boyle writes that two currents surfaced that summer: “one of boundless hope, the other of blood.”

Boyle says that “The Shattering” grew out of courses he taught to undergraduates, and the book covers the range of material you would expect from any foundational account of the 1960s and the penumbra around it — Kennedy in Dallas, King in Memphis, unrest in Newark and Watts, LSD and the pill. But he also writes about those moments that can sometimes get lost in the deluge. Boyle recalls how construction workers building the World Trade Center descended on antiwar protesters in “a rampage fascism’s bully boys would have been proud to call their own.” And he reminds us how Eisenhower routed Sen. Joseph McCarthy by exploiting the public’s homophobia — leaking to the press a report on the homosexuality of McCarthy’s top aide, “a young lawyer named Roy Cohn.”

The mention of Cohn — who died in 1986, but was brought back into the news during Donald Trump’s successful run for president — speaks to Boyle’s observation that “so much history has changed” even in the last few decades, with certain events taking on a different cast now than they did in, say, the 1990s. Back then, Cohn was depicted as a loathsome yet tragic figure in Tony Kushner’s play “Angels in America” — a dirty trickster whose unscrupulous extremism seemed to have been edged out by the end of history. A quarter century later, a 2018 production of “Angels” prompted Frank Rich to write about how the Cohn character stood out differently for him because “the play’s center of gravity had shifted.”

The story of Eckford and Bryan also took another turn shortly after what David Margolick, who wrote a book about the two women, called their “pseudo-reconciliation” in 1997. Whatever friendship they had began to dissipate as Eckford started to suspect that Bryan’s apologies were more self-serving than sincere. Bryan — and Eckford’s other tormentors — couldn’t be absolved by simply insisting that racism had been vaguely “in the air” at the time. That “glimpse of the Promised Land,” which offered such a happy ending to the “standard history” that Boyle is writing against, soon dissolved into estrangement.

Posters of the women smiling together in 1997 are still sold at Little Rock Central High School’s visitors’ center, but Eckford has since stipulated that their sale is conditional on including a little gold sticker in the corner. “True reconciliation,” it states, “can only occur when we honestly acknowledge our painful but shared past.”