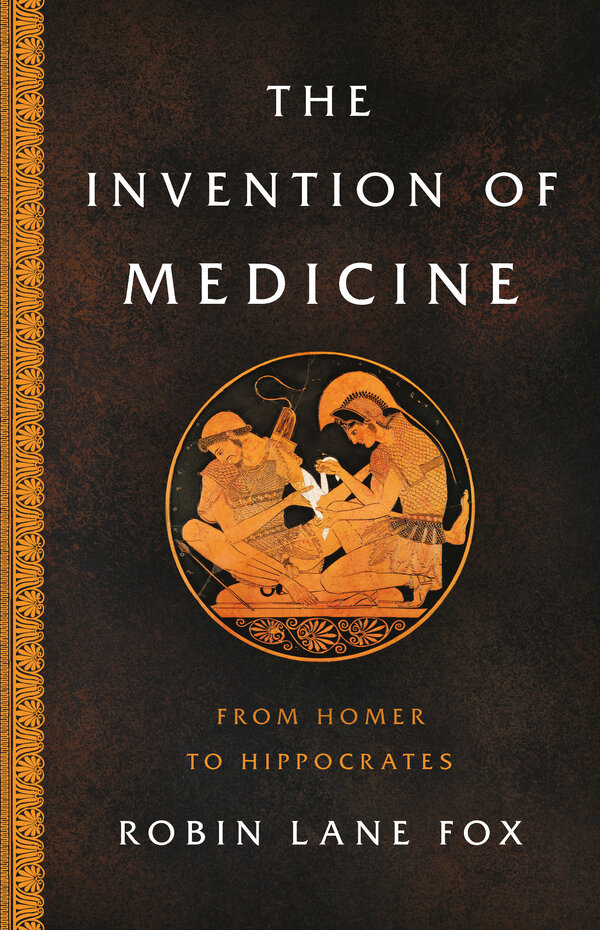 The clinical eye — exacting, dispassionate, free of superstition — came into being a little after 500 B.C. on the wealthy Greek island of Thasos, Lane Fox argues in “The Invention of Medicine.” That eye belonged to the author of two of the earliest ancient Greek medical texts, who was perhaps Hippocrates himself, the so-called Father of Medicine.

This pioneering Greek doctor may not have cured his patients, but they at least appear to have benefited from his famous injunction to “first, do no harm.” And subsequent doctors benefited from his meticulous descriptions of the course of their illnesses, as far as we know the first clinical case histories ever written.

In their concern with objectivity and accuracy, Lane Fox hypothesizes, these histories may have played a decisive role in the development of the classical Greek mind, exemplified in Thucydides’ clinical dissection of the decline of the Athenian empire in his “History of the Peloponnesian War,” written several decades after the doctor put pen to parchment, if Lane Fox’s dating of the medical texts is correct.

Establishing the date therefore takes up a good portion of the book, which often reads more like an academic argument than a history of medicine intended for the general reader. Chapters promisingly entitled “Art, Sport and Office-Holding” and “Sex and Street Life” turn out to concern, respectively, the proper ordering of lists of magistrates on Thasos (including an artist and the son of a famous athlete), and the locations of various temples in the island’s main city, which enable Lane Fox to map his doctor’s house calls.

More thrilling is the notion that Hippocrates redirected the focus of Greek thought from the gods to factual observation. The threads that Lane Fox weaves between the medical texts and a revolution in human consciousness are, however, rather diaphanous. The book feels unbalanced, heavy with argument for preliminary matters of dating and attribution, far too light in both detail and evidence when explaining why it all matters.

Falk’s book seeks to put to rest forever the dismal imagery of the “Dark Ages” by describing the life and times of John of Westwyk, an English monk who lived from about 1350 to 1400, as northern Europe’s medieval period was drawing to a close.

John was devoted to astronomy, and by following his own mental odyssey we learn in this book how to tell the time of year from the stars, what mechanism lay at the heart of the great astronomical clock at the monastery of St. Albans, how to operate an astrolabe and why the earliest sunset of the year comes several days before the winter solstice.

At one point John joined an untimely “crusade,” sailing to Flanders to fight the forces of the French antipope. We know nothing of what he did there, but Falk takes the opportunity to digress informatively on medieval navigation and the treatment of dysentery. (“First, if the case permits, let blood; then purge according to the state of the humors.”)

There is rather less to be found on the thought and writing of the major natural philosophers of the period. The scintillating work of Jean Buridan and Nicole Oresme on the possibility of empty space, essential to the atomistic view of nature, and the prescient mathematical physics of the Merton School at Oxford, are touched upon only in passing. John’s own concerns guide the narrative. These culminate in his final project, the construction of an elaborate instrument to predict the paths of the planets.

For John, the purpose of such technologies was twofold. A knowledge of astronomy was essential to computing the dates of Christian festivals such as Easter. And: “No astrologer … could even begin their work without knowing precisely where the planets were.”

In the complex and detailed work of the medieval astronomers there was something much like Lane Fox’s clinical eye. But it was steered by the needs of the spirit and by astrological practice rather than by a quest for scientific understanding in itself. The light in John’s corner of the Middle Ages is that of a Gothic cathedral, subdued and serene, not the searching, searing beams of the coming Enlightenment.

The “age of wood,” in Ennos’s telling, begins well before we did, as our nonhuman ancestors, still swinging through the trees, developed clawless fingers with fleshy, ridged pads to grip the boughs — fingers that would later give us a firm grip on an array of wooden tools that we would use to build our world. There were stone tools as well, and later, implements of bronze and iron. But Ennos’s special love and concern is for things made from trees.

From the forest canopy to skyscrapers, the whole human story can be told from the perspective of wood. First there were digging sticks to ferret out nutritious roots, then the branches for building fires, spear shafts and perhaps simple huts: “Homo erectus would have had to become the world’s first carpenters.” Later came bows and arrows, wood-framed boats, dugout canoes and wooden shovels. Ennos spares no effort to understand how they were made: “We investigated the force and energy needed to split coppiced hazel rods down the middle in my Instron Universal Testing Machine.”

The principles of every significant technology, from tree-felling and carpentry to shipbuilding and papermaking, are described with a precise, almost mesmerizing detail. Panel doors are connected by “mortise-and-tenon or mitered joints, and mullions that run vertically between the rails.” Such informational riches are delivered with an economy that is occasionally bewildering — my noncarpenter’s mind was nagged by the suspicion that a mullion is a kind of fish — but soon we are on to the next innovation. Along the way, I wondered whether prehistoric artisans may not have developed the objective, discriminating eye long before the doctors and astronomers who populate the histories of ideas.

Ennos is not all yeomanly practicality. In his final pages, he lays aside his Instron Universal Testing Machine to suggest that we might find in wood not only the raw material of civilization but also some medicine for the soul: “Why not abandon our continual acquisition of more and more manufactured goods and buy, or preferably learn to make, just a few simple wooden things for ourselves?”