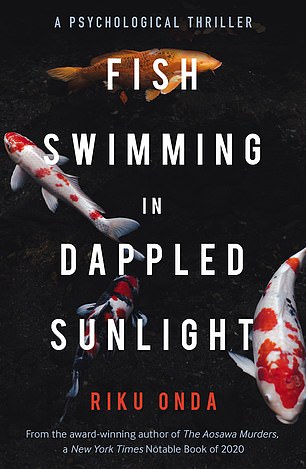 Japanese novels are having a bit of a moment right now and all eyes are on Onda’s latest extraordinary offering. Extraordinary, firstly, because her sparse, poetic prose is not what we expect from psychological thrillers.

And, secondly, extraordinary because she manages to pull off a combination of complex cerebral ideas with simple but mysterious storytelling.

The story takes place during the course of a single night in the claustrophobic flat of a young couple in the process of spending their last night together. At the end of the first chapter we are simply told this is the man’s chance to get the girl to confess to killing a man.

From that moment the reader is hooked into the dark intensity of the couple’s present and past relationship and gripped by the mystery of the death of the man from their past. A masterclass in thriller writing.

A young American writer, Jonathan Dainty, is on the beach with his rather reckless wife, Maddie, who loves to do ‘dangerous’ things. Soon he is explaining to the local police why Maddie has disappeared in a car with a total stranger and hasn’t come back.

Twenty years later Jonathan is now a very successful writer when his life is suddenly upended after he thinks he sees his presumed dead wife.

His suspicions only deepen when none of his friends believe him and he begins to suspect they know more than they are saying. An unusual plot line and a terrific ending mark Wolf out as one to watch for the future.

Her psychological grasp of what drives Dainty and how he deals with his grief is particularly convincing. 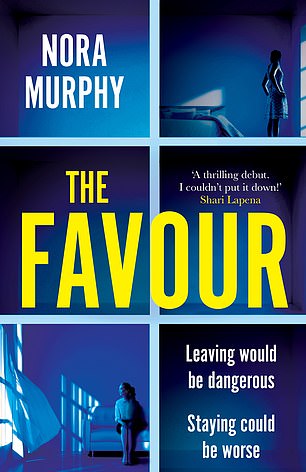 This story follows the lives of two troubled women who are strangers but have one thing in common — controlling, abusive husbands. A random encounter in a liquor store between them leads to their lives becoming entangled in extraordinary ways they could never have foreseen, as each tries in their different way to survive their situations.

It’s a clever plot and tricky to describe without giving too much away but the basic premise is that coercive control and domestic abuse is not as straightforward as it may seem.

The characters of both women — an aspiring lawyer and a paediatrician — are well drawn and relatable. Murphy does a neat job of shining a light on a growing problem and keeps us guessing most of the time.