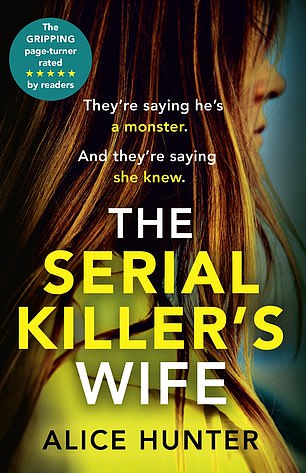 This striking debut, from a former worker in prisons rehabilitating violent offenders, reeks with authenticity.

Beth Hardcastle, hard-working shopkeeper and mother to three-year-old Poppy, suddenly finds the police at her door asking questions about her handsome husband, Tom.

She is utterly confused, and this only worsens when she discovers that he’s suspected of being a serial killer, who may have murdered an earlier girlfriend.

It emerges that Tom could also be guilty of killing sex workers who were prepared to indulge an appetite for bondage.

At first Beth denies it could be possible, but then the gossip begins to swirl in the pretty village of Little Tew in the Thames Valley, and women she thought were her friends suggest she must have known. But did she? Or was she simply taken in by Tom’s smooth charm?

A stunning question, that delivers an engrossing conclusion. It richly deserves to be a hit.

Criminal barrister Ingrid Lewis succeeds in defending a difficult client, John Webster, against a charge of stalking only to find herself being stalked by him.

He is following her, trying to ruin her relationship and even destroys her home.

Then, suddenly, the emphasis of the story changes as Webster tries to convince Ingrid that he is trying to protect her from danger. Someone is planning to kill her and only he can stop it.

Should she believe him after everything he’s done? That is the dilemma at the heart of this creepily good thriller that will have every female reader looking over their shoulder. 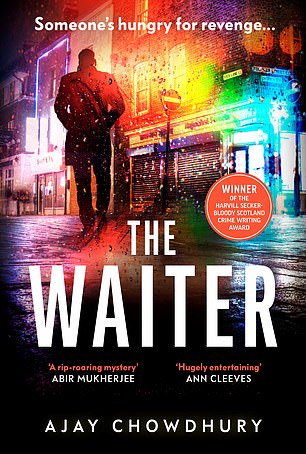 Kamil Rahman was a young detective on the rise in the Kolkata police in India, but then something went very wrong in his investigation of the murder of a Bollywood star in the city’s Grand Hotel.

Rahman takes refuge with family friends in London’s Brick Lane where he works as a waiter but his past comes back to haunt him when he works at a grand 60th birthday party for wealthy Indian businessman, Rakesh Sharma, a friend of his boss.

Sharma is found dead with his head bludgeoned by a bottle in the basement swimming pool in his sumptuous house in Hampstead.

Rakesh’s new young wife, Neha, begs Rahman to help, and is then arrested on suspicion of her husband’s murder. The likeable inspector discovers that there are dark secrets behind the success of his community in London. We shall hear much more of him.