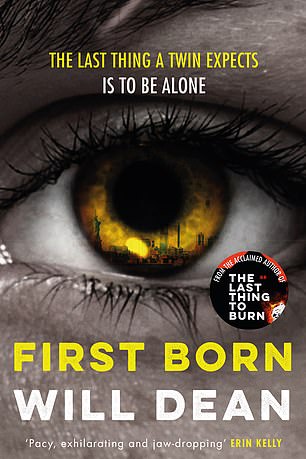 Ever since the East Midlands-born Dean went to live in the middle of a Swedish elk forest, he has become a better and better thriller writer.

Here he excels himself, improving on even his own high standards.

Identical twins Molly and Katie could not be more different. Molly is the shy, risk averse one living timidly in London, while Katie is the gregarious one who has gone to live in New York to experience life in the fast lane. But they still speak every day.

Then Molly hears Katie has died and rushes to New York to find out what happened and to comfort her parents who were visiting her sister.

It emerges that Katie has been murdered, and Molly’s life is transformed. But then comes the first of a series of twists that raise this story into the Patricia Highsmith class. The talented Mr Ripley would have enjoyed every moment of its tortuous plot. There is no higher praise.

The year is 1986. Danny Ryan is a 29-year-old longshoreman in Providence, Rhode Island, trying to live his life quietly as a good husband and loyal friend.

But he is also muscle for the Irish crime syndicate that rules part of the city, while their Italian competitors are itching to take over their businesses and territory.

Enter a modern-day Helen of Troy, a spectacularly beautiful young woman, on the arm of one of the Italian crew. But then she changes sides and hooks up with one of the Irish, and so a contemporary version of The Iliad begins and a Trojan war develops, with Danny caught at the heart of it.

This is The Godfather for our times, brutal, ferocious and yet steeped in family values — where blood is always thicker than water. It is the first book in an epic trilogy focused on Danny, who finds himself forced to become the new Michael Corleone.

This is spellbinding storytelling, with an emotional beating heart — unforgettable. 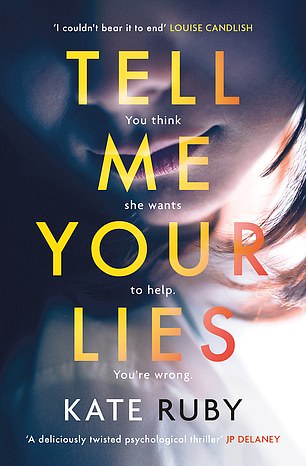 TELL ME YOUR LIES

Three quite different women lie at the heart of this modern tragedy — an impressive debut from one of British television’s most successful producers and screenwriters.

Lily is the perfect mother of her adult children, married to a successful property developer. But her daughter Rachel, now just turning 30 and a once high-flying civil servant, is battling an addiction to drugs and alcohol that is threatening to send her over the edge.

In despair, Lily turns to a well-known therapist, Amber, to help her daughter cope with her demons. But this leads to unexpected consequences as Amber slyly coaxes Rachel away from her mother and brings her under her own magical spell.

Still struggling to make sense of her life, Rachel is unsure which way to turn as secrets from the family’s past slowly leak into the light of day.

Based in part on the true story of a manipulative therapist, it is a parable for our times: accomplished, eloquent and quite terrifying.