Beaton & Garbo: Did they or didn’t they? Wicked gossip, showbiz yarns, kings, spies and bed hopping — find them all in TONY RENNELL’s pick of 2021’s best biographies

MALICE IN WONDERLAND: MY ADVENTURES IN THE WORLD OF CECIL BEATON

Back in 1979, a wet-behind-the-ears Hugo Vickers was invited to write an authorised biography of fashion photographer, costume designer, social butterfly and legendary snob Cecil Beaton.

Before he’d even started, Beaton, his principal source, died, so he spent the next five years piecing together the jigsaw puzzle of his convoluted life through his vast network of friends and, even more tellingly, enemies. 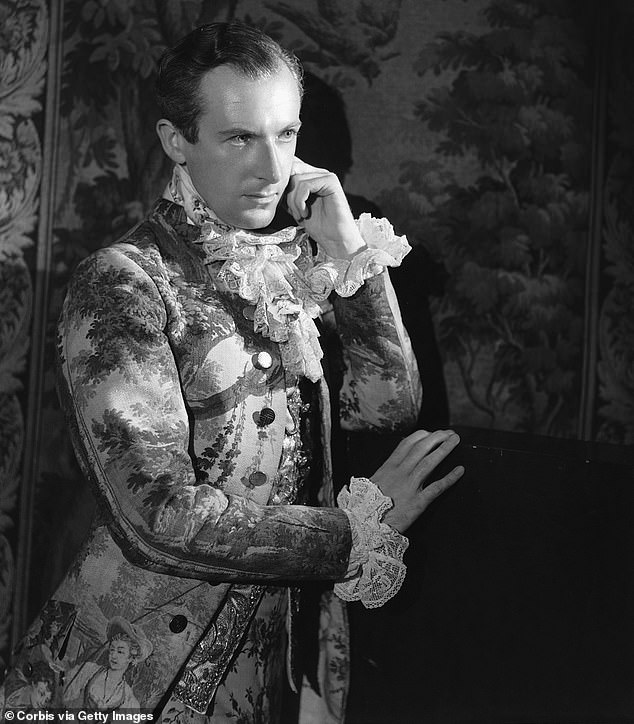 Tony Rennell has rounded up a selection of the best biographies from 2021 – including Malice In Wonderland: My Adventures In The World Of Cecil Beaton by Hugo Vickers

Now, years after that best-selling biography was published, Vickers reproduces the diaries he kept as, Alice-like, he took himself on a grand tour in wonderland, from one chic dinner party to another, from Mayfair mansion to country house, from London to Paris to New York, indulging in that irresistible beau monde commodity — gossip.

In this bitchy, back-biting world of sharp-tooted harridans and camp playboys, few had a good word to say for Beaton.

But, then, in his own notorious diaries, he had had little but bile for any of them. This is payback time, his character trashed, his sexuality explored and derided, his artistic skills questioned.

Vickers revels in their company and their waspishness. It’s all such wicked fun.

One question keeps them obsessively guessing: did the primarily gay Beaton really, as he claimed, bed the elusive Greta ‘I want to be alone’ Garbo?

Or was it just another of the many affectations adopted by this poseur extraordinaire? 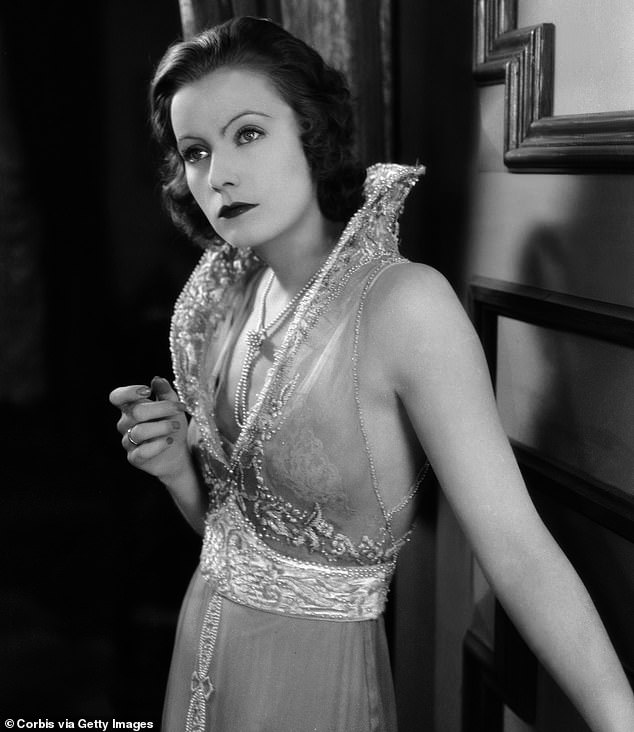 Did the primarily gay Beaton really, as he claimed, bed the elusive Greta ‘I want to be alone’ Garbo? . Pictured: Greta Garbo

FALL: THE MYSTERY OF ROBERT MAXWELL

When he was a lieutenant in the British Army in World War II, the Czech refugee Jan Hoch — renamed Robert Maxwell — was viewed with awe by his men because of his ruthlessness in battle but also with suspicion. He was, a fellow officer recalled, ‘a big fellow, very dark, a bit of a mystery’. 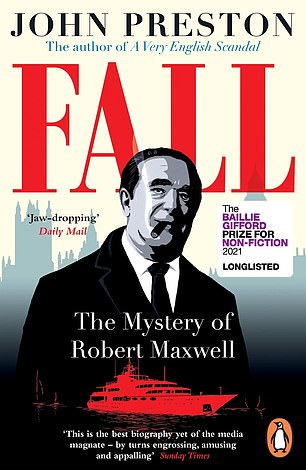 What they didn’t care much for was his habit of keeping for himself all the bank notes looted from German soldiers they captured and giving his men the loose change.

Maxwell had started where he meant to carry on. Forty-five years later he would die doing the same thing — stealing from those who put their trust in him.

This is an epic of rise and fall, told by a master story-teller in a book that, in a crowded field, is my biography of the year. It reads like a thriller which, though you know from the start whodunnit, is gripping to the end.

As for that end, we are left in little doubt that Maxwell — having played his last conman’s card and knowing he faced ruin, humiliation and jail time — slipped despairingly into the Atlantic from his yacht, the Lady Ghislaine, named after his now notorious daughter.

But what underscored his entire life was a deep loneliness, as the monster he had created increasingly isolated him from others. He was loathed and feared by employees, his wife and his children. His only friend was his valet. 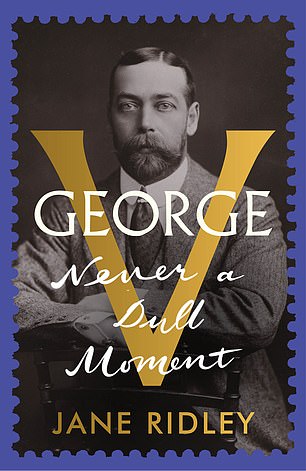 The king emperor George V was a man of habit, a dull, shy creature, many said.

When he sat down to dinner he would plead: ‘We won’t talk, will we?’ When breakfasting at Buckingham Palace — 9am on the dot — he was accompanied by his pet parrot Charlotte, who walked along the table digging her beak into the boiled eggs.

Sometimes she pooped and he would guiltily cover the mess with a silver mustard pot.

Then, with Charlotte on his wrist, he would stroll outside for a smoke before training his binoculars on a house a mile away in Mayfair.

There his favourite grandchild, Princess Elizabeth, would wave to him from the balcony.

Yet it was he, argues Jane Ridley convincingly in this sparkling biography, who saved the British crown when all around — Russia, Germany et al — were losing theirs to revolution.

It was achieved by being unspectacular. He wasn’t the brightest; he was woefully uneducated; his hobbies were blasting game birds out of the sky and collecting stamps.

Yet he turned out to be a skilful politician who negotiated his way — and the country’s — through war, social unrest and economic crisis, not least by cannily changing the family’s Germanic name from Saxe-Coburg to the more people-friendly Windsor. His queen was the key. Mary was first engaged to his older brother and, when he died, she switched her affections to new heir George.

Yet the marriage turned out to be not only solid but a love match — brought to life quite brilliantly here in their personal correspondence.

LOVE AND DECEPTION: PHILBY IN BEIRUT 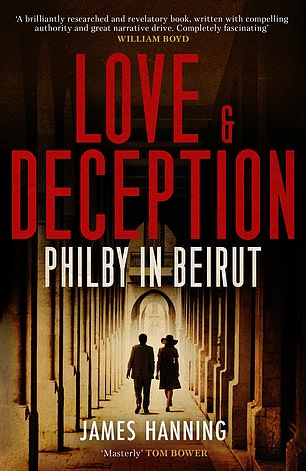 Treachery ran through Kim Philby like ‘Brighton’ through a stick of rock. It was his stock in trade as, working for Britain’s secret service but clandestinely spying for the Soviet Union, he passed intelligence to Moscow on an industrial scale in the crucial Cold War era.

But it was true of him in his private life, too. He betrayed all the women he professed to love, as callous an adulterer as he was a traitor to his country. His first marriage was one of convenience and his wife was quickly dumped; his second wife he couldn’t wait to die, turned by him into an alcoholic mad woman.

He celebrated with champagne when she finally did and married Eleanor, his American mistress. She was the wife of a close friend — a typical Philby double deception. Theirs may well have been true love as they partied drunkenly together around expat Beirut, where he was outwardly a newspaper stringer for a British paper but secretly still in the pay of the KGB.

Meanwhile, the feeble authorities in London, having let him off the hook for far too long, were finally closing in on him. One step ahead of arrest, he fled to Moscow, leaving naive and bewildered Eleanor with no explanation of where he’d gone or why. She eventually followed, only for him to expect her to share his bed with another woman, the wife of fellow spy and friend Donald Maclean.

SPYMASTER: THE MAN WHO SAVED MI6 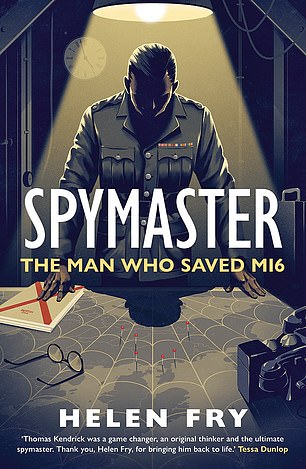 Tommy Kendrick was the suave British spymaster who operated, writes intelligence historian Helen Fry, so totally in the shadows that history has forgotten him. Not any more.

With this absorbing biography, his incredible range of hush-hush activities over decades blazes into the light — from elusive pimpernel in pre-war Vienna to de-briefer of weird Nazi leader Rudolf Hess in the Tower of London.

He was a mystery for so long because, as he saw it, that was the nature of the Secret Service job he’d signed up for. He wasn’t one for memoirs. He destroyed his papers when he retired. There wasn’t even an obituary in a national newspaper when he died in 1972, his lips sealed.

All that remained was a small bundle of personal letters and the sketchy memories of his grandchildren — enough for Fry to start her impressive detective work through newly de-classified files in the National Archives.

From his cover job in the passport office of the British embassy in Austria, Kendrick ran rings round Soviet and German agents, then, when the Nazis annexed Austria in 1938, he used that position, Schindler-like, to get thousands of Jews out of the country and to safety.

The Gestapo had him for a while but let him go. Back in London, he masterminded an intelligence operation every bit as vital as Bletchley Park.

Clever systematic bugging of German prisoners-of-war disclosed Hitler’s secrets — his rocket programme, the Holocaust — keeping the Allies ahead of the game. Without him, World War II may have ended very differently.

TERENCE: THE MAN WHO INVENTED DESIGN 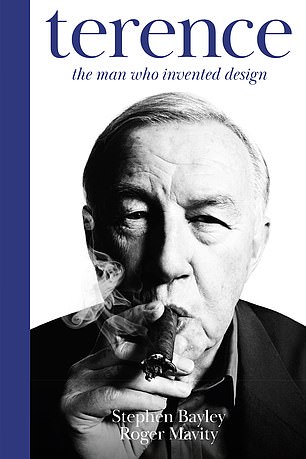 The irony at the heart of Terence Conran was that the retail visionary who revolutionised our leisure and lifestyle activities was in fact a driven workaholic who never relaxed, was always on the go, a restless and ultimately dissatisfied spirit.

Yes, he was the transformative design guru whose Habitat shops put vibrant colour, vitality and lashings of style into drab post-war Britain, doing for homes, kitchens and consumerism what the Beatles did for music. For that alone he deserves a place in social history.

And, with that done, he then took his imagination and his creativity to the nation’s rather bland restaurants and, with the likes of Bibendum, spread his magic there, too, turning them into emporia of good taste, in their looks and their menus.

Yet the cigar-chewing pharaoh behind all this fun was not someone you’d want to break bread with.

Rather, he was a sour-faced curmudgeon, fired up by a competitiveness that verged on hostility. A bully with a need to put others down, whose frequently expressed disapproval withered staff, wives, family. A control freak riddled with meannesses, who banned Earl Grey tea in the office because of its expense and wanted to charge staff to use the lift.

All this makes for a fascinating personality, captured here — both affectionately and critically — by two colleagues who worked closely with him, suffered his snideness, saw him obsessively grab all the credit for himself, and yet still came away loving and admiring him. A terrific read, bubbling with anecdotes and insight. 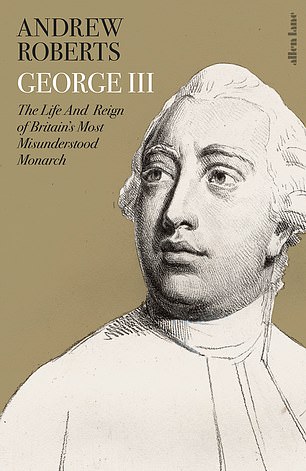 History routinely abuses George III. Thomas Paine, the 18th century radical, denounced him as ‘a sottish, worthless, brutish man, a common murderer, a highwayman’. Even now, 250 years on, the hit musical Hamilton portrays him as a buffoon.

But he was none of those things, argues Andrew Roberts. The incompetences that led to the War of Independence and the loss of the American colonies were down to others — his ministers and his generals — rather than him.

Nor were the Founding Fathers he was up against on the other side of the Atlantic as noble and pure of heart as Americans still like to believe.

Here is a major reappraisal that, by unearthing new evidence and rigorously challenging conventional interpretations, paints a picture of a monarch who was thoughtful, well-read, concerned to do the right thing, caught up in revolutionary times and trying his best to steer a way through.

Roberts is equally majestic in guiding the reader through the complexities of constitutional crises, international affairs, Whig/Tory politics at home and military campaigns while, with intimate details, still breathing real life into the character of a monarch whose most used phrase was a spluttering ‘What, what, what!’

As for the king’s ‘malady’ — his bouts of madness — Roberts attributes this to recurrent manic depression rather than the popular explanation of the inherited disorder porphyria.

This is a big book in every sense, very long and detailed but fizzing with new ideas and interpretations and totally compelling as it authoritatively rescues the sullied reputation of the man who sat on the throne for nearly 60 years, a record only recently now surpassed by the present Queen.