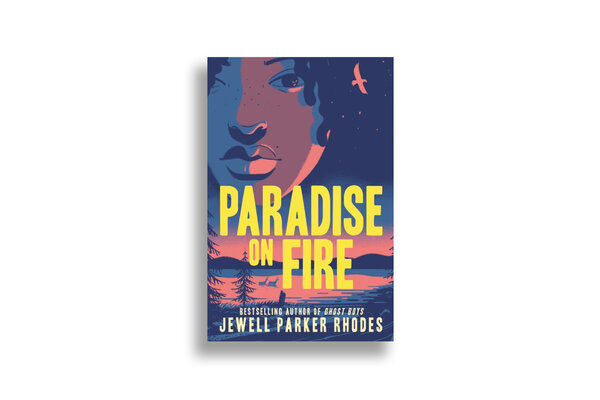 The flames licked the side of the hills, gobbling up the dry bushes and crackling with just enough ferocity to startle me. A mere two hours earlier, I’d been evacuated from a hotel in the path of the wildfire, and now here it was again, this time only a couple of feet from my car as I sped south on the freeway back to Los Angeles. Even more than fear, I felt awe — dumbstruck at the beauty and power of the flames. I kept driving; I reasoned, based on years of experience, that a panicked stop was unlikely to make me any safer. But part of me was frozen with terror.

That mix of emotions is evident in every description of flames in “Paradise on Fire,” by Jewell Parker Rhodes (“Ghost Boys”). Adaugo is haunted by an incomplete nightmare: Her parents were killed in a fire inside their Bronx apartment when she was 4. She has no recollection of how she made it to safety, but her recurring dreams increasingly bring back other memories — how her father screamed, “long, low, guttural,” and how her mother swatted “a frying pan of flames” with a dish towel.

Adaugo — her name is Nigerian for “daughter of an eagle,” but she goes by the nickname Addy — is spending the summer in the Wilderness Adventures program at Paradise Ranch in rural California with a group of other young teenagers from the urban East Coast. Initially, they balk at the demands of hiking and camping. But Addy, who is constantly drawing maps, thrives on them; she even begins to escape her nightmares by waking up before dawn to see more of the land.