WHAT BOOK would politician Vince Cable take to a desert island?

…are you reading now?

I have just put down The Women Of Troy by Pat Barker, the best of a suitcase full of books I got through on holiday in Crete. The book is part of a series of novels of historical fiction built around the characters of the Trojan wars and their aftermath. y

Beautifully written and very convincing, it creates a story around captured women, from royalty to servant girls, taken by the Greeks after the fall of Troy and the slaughter of the males.

The Greeks and their captives are trapped on a beach, unable to leave because of adverse winds, and frustration mounts in the encampment. 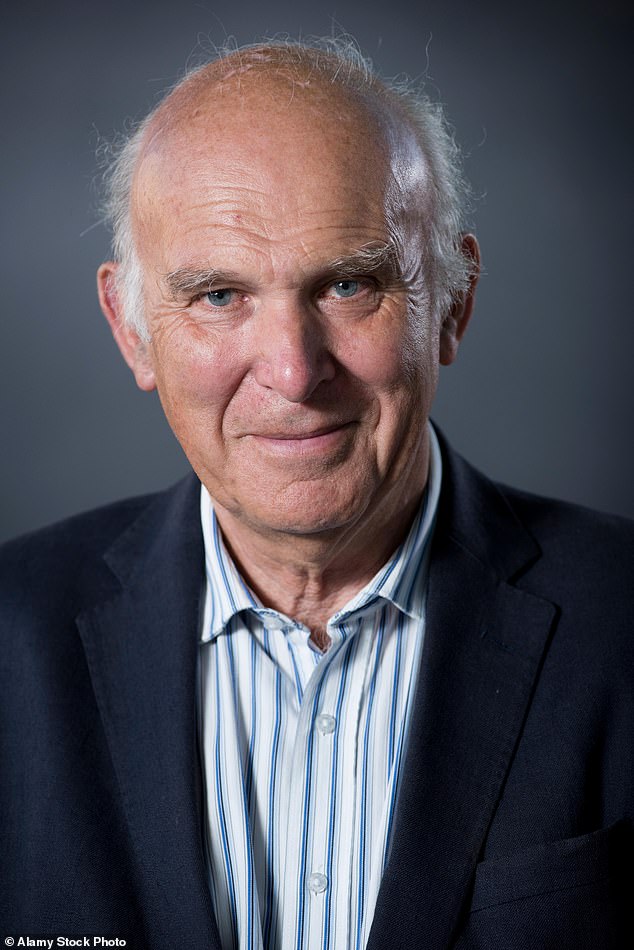 Vince Cable (pictured) has just finished reading The Women Of Troy by Pat Barker. The UK politician would take Tolstoy or Dostoevsky to a desert island

In today’s Crete, surrounded by all the evidence of ancient Mediterranean civilisation and blown by hot summer winds, it was very easy to conjure up images of epic dramas around Achilles, Hector, Odysseus and the rest.

…would you take to a desert island?

Given abundant time, I would like to go back to the Russian classics by Tolstoy and Dostoevsky. If allowed, I would smuggle in an easier but rewarding re-read in the form of Le Carre’s wonderful series of spy novels. I travelled in Eastern Europe in the mid 1960s to see what the Communist world looked like.

In Prague and East Berlin, I felt the ugliness and seediness, alongside the suffocating propaganda, all of which is splendidly captured in The Spy Who Came In From The Cold and A Small Town In Germany.

I later served for a few years in the Diplomatic Service and while I can’t claim to have been admitted to the secret world, I saw enough of its workings and characters to recognise Le Carre’s wonderful depiction of The Circus and Smiley’s People.

…first gave you the reading bug?

I was always a bookish boy and grew up before TV offered alternatives to books. I started with Thomas The Tank Engine, Billy Bunter and Jennings; graduated to Our Island Story and The Children Of The New Forest (I was also a devotee of the politically incorrect Biggles); then on to Hornblower and the thrillers of John Creasey.

I first became addicted to ‘serious’ books in my mid-teens, mainly through Thomas Hardy. Despite encountering The Trumpet Major as an exam set book, I became absorbed in the plot and the characters. It led me on to Far From The Madding Crowd, The Mayor Of Casterbridge, Tess Of The D’Urbervilles and eventually the dark, painful Jude The Obscure. The misunderstandings, the innocent optimism and the romances gone wrong were part of the teenage experience I could relate to.

I like to think I appreciate good books but I have been left cold — or frustrated — by books that lack a clear plot-line: James Joyce; Rushdie; Borges.